Tell Amazon what they want to hear

... or they may unlist your product 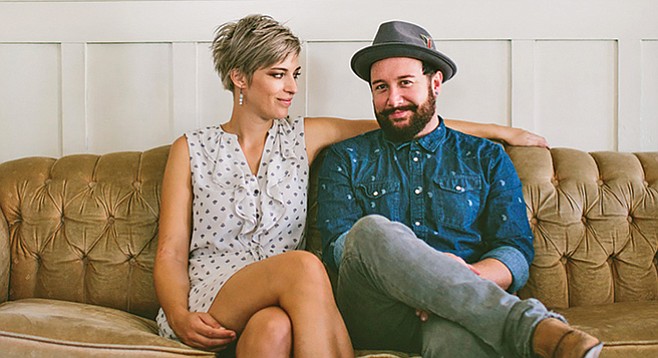 On November 1, local artist and entrepreneur Rachel Eva was hopeful about the impending holidays. Standard Spoon, the boutique barware company Eva founded two years ago with her collaborator and husband, Shawn Michael, was only six months older than the couple’s first child. They’d just wrapped a successful Kickstarter campaign for their latest product (the Napier Jigger, a vintage cocktail measuring cup), and everything was looking up. 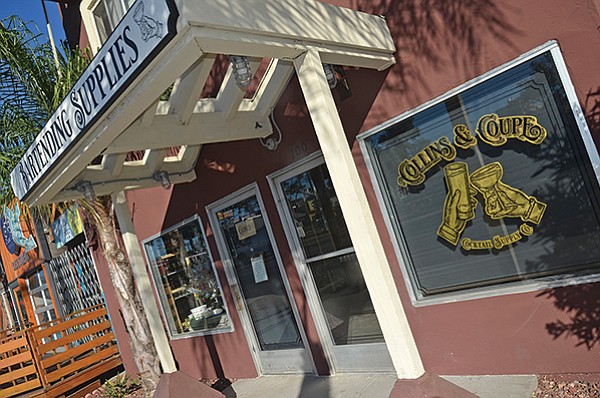 But on November 3, Eva received a message from Amazon notifying her that her listing for one of her nascent company’s more popular products — a cocktail stirring spoon — had been removed because of a “safety complaint.” Thus began a battle with Amazon that has been playing out as a reverse version of David and Goliath. 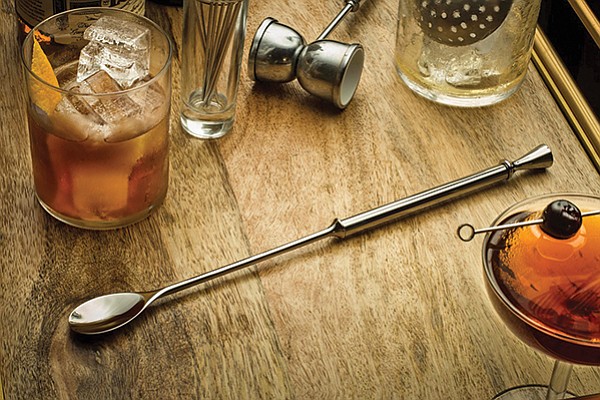 Amazon’s resale of a used cocktail stirring spoon was the beginning of Rachel Eva’s problem.

For most retailers, the holiday selling season comprises 20 percent of the entire year’s revenue. According to a Pew Research study released last December, 79 percent of American buyers do their shopping online, and 43.5 percent of all of those purchases are made on Amazon, a percentage that has steadily increased each year.

“I can’t have people come to my house,” Eva says of her Hillcrest bungalow. “I don’t have a physical storefront; we wouldn’t be able to afford that.” She adds that, until she and Michael develop more products, “We don’t have capacity to buy a $5000 booth at a trade show.”

Polite Provisions and Seven Grand Whiskey Bar in North Park both carry Standard Spoon products but, Eva points out, those local establishments are “primarily bars where people go to enjoy cocktails, not shop for barware.” Big chain stores, including BevMo and Crate & Barrel, “have their own corporate buyers far away or contra-manufacture their own lines,” leaving the options for selling in San Diego limited for small local companies such as Standard Spoon.

Eva was particularly worried about the term “safety concern,” which was the only reason given for the customer complaint and subsequent removal of the listing. For seven days, she worked to pry additional information from Amazon’s automatic responses.

“I sent a new email each time, saying, ‘Your previous response does not identify the cause of the below safety complaint.’”

With each exchange, she received a bit more information until finally, she pieced together what had happened: a customer had returned a spoon with no complaints. Amazon processed the return, but then, rather than taking that used item out of inventory, as is their policy, Amazon ended up shipping the used product to another new customer. It was that customer, upon receiving a box that had apparently been opened, and a spoon that was clearly used, who lodged the safety complaint.

Sellers have a handful of options when listing an item for sale on Amazon. The simplest and cheapest is to list the item and self-fulfill, which means the seller takes full responsibility for shipping and handling returns. To do this, sellers pay $39.99 a month plus “other selling fees,” which vary by category.

Another option is “fulfillment By Amazon.” This is when sellers ship their products to Amazon, and whenever something sells, Amazon handles the shipping to customers.

One version of “fulfillment by Amazon” is called Vendor Express. Eva explains, “When you sign up through Vendor Express, Amazon places purchase orders for products — they might order 48 spoons at once — and they’re sold by Amazon. The theory there is, if it’s sold by Amazon, people trust the Amazon brand, and you can sell a lot more of them. Plus, they promote those listings more. The downside for the seller is that you get even less money, and they don’t guarantee to pay you until 60 days after they sell the product.” With Vendor Express, Amazon offered to purchase items at 30 percent of the wholesale price, but Eva wasn’t interested.

“Then they came out with Amazon Launchpad, which was specifically for entrepreneurs and creators, and they courted us to be part of that program after our successful Kickstarter campaign,” Eva recalls.

She liked what she saw, including the description on the site: “Amazon Launchpad provides resources, expertise, and global infrastructure to sell and deliver innovative products to millions of Amazon customers.” Also, Eva notes, “The beauty of using either option for fulfillment by Amazon is that your products are eligible for Prime two-day shipping.”

Amazon wanted Eva to “address the safety issue” by providing a plan of action. She wrote that her solution would be “for the Amazon returns processing staff to not put back into circulation returned items that show obvious signs of use,” and then reminded Amazon of their return policy, specifically the part where Amazon claims, “We evaluate the condition of each returned item” before determining whether or not that item can be resold. In response, she received a curt reply, much shorter than the previous form responses, which stated the listing would remain removed. The message concluded, “Please do not relist these items. If we receive more complaints about your listings, we may not allow you to sell on Amazon. We may not respond to further emails about this issue.”

At a loss, she turned to fellow sellers, many of whose advice was along the lines of, “Tell Amazon what they want to hear — that you’re sorry and it won’t happen again.” Eva, who packages each item she sends to the Amazon warehouse, was not about to claim responsibility for the online megastore’s mistake. “You’re going to ask me to lie about the integrity of my product and take blame for something that happened under your care? I’m not going to do that. So what am I supposed to do?”

Eva relayed the story of another seller, the founder of Slipstream Absinthe, who was making around $4000 a month selling his specialized absinthe dispenser on Amazon when an anonymous shopper flagged the tool as drug paraphernalia, presumably because of a long-ago association with absinthe and opium. The listing for that item was removed a few weeks before Christmas last year; Eva recalls that the seller was still working to resolve the issue when she met him in February, having missed the 2016 holiday selling season.

With two weeks until Black Friday and Cyber Monday 2017, Eva was becoming frantic. Seven emails, four live chats, three “escalations to a specialist,” and two phone calls later, her listing was still not back up, and she was beginning to accept the possibility that she may not be let back into Amazon’s lucrative fold.

“It’s infuriating, and I can guess that most people in my position do not have the tenacity or tact to pursue this kind of issue in the ways and to the extent that I have,” she says. “Amazon may just be so impregnable, so fortified with policy and procedure that there’s no creative human element at all, no other option than a robotic, scripted response.”

Eva says there’s still hope for this season. Collins & Coupe — the first cocktail-specific retail store in San Diego — opened its North Park storefront just in time for Small Business Saturday (which falls the day after Black Friday), and Standard Spoon Barware was on the shelves.

Though Eva will continue sending messages to Amazon until she is happy with a response, she also says she’s going to try to focus on what matters most this Christmas: her family, volunteering at her church, her work with local arts organizations including Vanguard Culture and the Artist Odyssey, and her renewed commitment to support local businesses.

RE: The simplest and cheapest is to list the item and self-fulfill, which means the seller takes full responsibility for shipping and handling returns. To do this, sellers pay $39.99 a month plus “other selling fees,” which vary by category."

That's not quite accurate. I have occasionally sold items on Amazon, but I have never paid any monthly fee. I shipped the items. Amazon does take its cut, though.

Correct, for individual sellers there is no subscription, this is for companies planning to sell more than 40 items a month. Direct from Amazon's site: "Amazon offers two selling plans. The Professional selling plan is available for a $39.99 monthly subscription fee plus per-item selling fees, which vary by category. If you plan to sell fewer than 40 items a month, the Individual plan may be best for you. There is no monthly subscription fee."

I am unable to find their products on Amazon...? Now de-listed?

After reading this article I decided I’d order a couple of items directly to support a small business and avoid the behemoth, Amazon. What a mistake! After placing my “need it for Christmas” order on Wednesday, December 13th and having my credit card charged, my nightmare began.

For two days I waited, nothing happened other than my card being charged. So on Saturday, 12/15 I emailed and received a response from Rachel Eva, the entrepreneur mentioned in this story. Her first excuse, we had a “huge influx” of orders, it should be shipped on Monday. Well Monday came and went, no tracking number and no shipment but they of course they had my money. Tuesday, I emailed again, and received a reasonably prompt reply from Eva along with a new excuse. Oh we are using a new shipping and fulfillment service in L.A. Really? You’re here in San Diego, and I’m in San Diego and you are using new fulfillment service in in LA? I even offered to just come and pick up my order and she could keep the shipping fee. Oh, don’t worry. I’ll ship it myself TODAY to relieve your Christmas gift anxiety. This also included another apology and her promise she’d handle this herself and shipping it TODAY and since it was local I should have tomorrow.

Shortly thereafter, as she promised, a tracking number from USPS for a priority mail shipment arrived in my email. Guess what? TWO DAYS later USPS says they never received anything. But they did, in fac, create a pre-shipment label.

So, seven days later, two broken promises, two apologies, and money charged to my Visa card, I gave up. I have contacted Visa and disputed the charge.
In my opinion, the veracity of this whole story about Amazon being the bad guy, is in question. Caveat emptor - “Let the buyer beware” when dealing with Standard Spoon’s entrepreneurs.