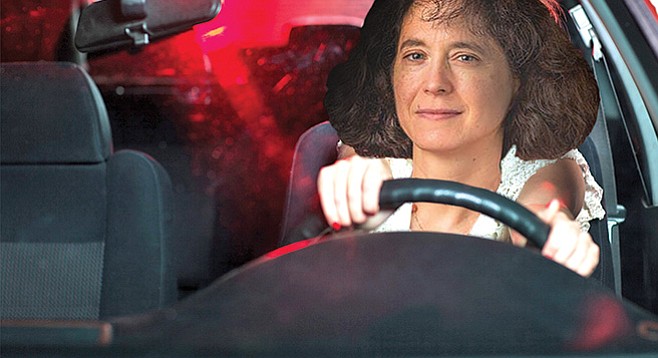 The once-mighty United Auto Workers union has faced hard times of late. The most recent sign of the labor organization’s ebbing influence came last month when workers at the Fuyao Glass America plant in Dayton, Ohio, voted 886 to 441 to reject a heavily bankrolled unionizing effort. Before that, it was the August defeat of the UAW’s attempt to organize more than 3500 employees at a Nissan auto plant in Canton, Mississippi. Currently hanging over the union’s faltering recruiting efforts is an FBI investigation of financial ties between big-labor brass and Detroit auto companies, reported November 3 by the >Detroit News.

“The investigation focuses on whether training funds were misappropriated, and if labor leaders at GM and Ford received money or benefits through their tax-exempt nonprofits — an allegation that emerged this summer involving Fiat Chrysler and General Holiefield, a former UAW vice president who died in 2015,” per the paper’s account. Agents are said to be looking into “whether money and illegal benefits corrupted the bargaining process.”

The advisory adds, “UC supports the rights of employees to decide whether unionization is beneficial for them, and believes this choice should be well informed.” Thus, the school is “providing academic researchers with important facts about what unionization means and their rights during an organizing campaign.”

You can take to the bank the fact that no university wants to see its staff or faculty to be unionized. There have been faculty unions in California since the early 80's. But the graduate students fell into a gray area between being students and being workers. In fact they had to do plenty of work that was only tenuously connected to their studies. A PhD program takes, generally, a minimum of six years after the bachelors degree, so those doctoral candidates are available to work for that same number of years. They have no bargaining chips, and have had to accept whatever the campus was willing to pay them. For about as long as there have been such programs and students in them, the pay was just enough to survive, if that. Complain and you find that your academic output and dissertation just never are good enough. Oral exams, much feared by even the best qualified students, can be used endlessly punish and thwart students who don't just keep smiling and working day and night.

If/when those grad students unionize and want pay commensurate with the teaching and toiling they do in labs it will be a sea change for UCSD and other campuses. It will upset many of the tenured faculty members who had to put up with years of abuse before they moved into the upper echelons, and they often will resent that. (Having had to endure it while earning their doctorates, they should be sympathetic, and some will be, probably a minority.) So, things may change now that they are deprived of their semi-slave labor.

I'd guess that if the universities had adopted some enlightened approaches to dealing with the graduate students, this push to unionize would never have started. But now they get their just deserts. I'd guess that if they do organize on the UCSD campus they won't affiliate with the UAW. The blue-collar nature of that national union just won't appeal to the snobbishness that goes with big a doctoral candidate, even though it might be a better affiliation than something academic.

That was the essential approach taken by a virulently anti-union employer of mine back about forty years ago. If there was a union organizing drive in a unit, it must have been that the manager was at fault, and so he usually got canned. The corporation didn't seem to recognize that paying poorly, having a sketchy benefit package, and a lack of corporate identity contributed to the drives. The assumption of managerial abuse or incompetence applies only if your compensation and benefits are competitive. And in this case of graduate student teachers and researchers, it applies both to the poor compensation for hard work, and to the abuses delivered by the regular (i.e. tenured) faculty. Those students have a strong case for better treatment, and now can legally pursue equitable pay and benefits for the work they perform.

My early experience with the UAW was when I was an engineer at McDonnel-Douglas in 1989 working on the tooling for the USAF C-17 Globemaster in Long Beach. We could not move a desk or a chair without getting in trouble for not contacting “transportation.” It was a union issue and we would get in trouble for not letting the union move something.

When I walked the assembly floor I would see welders sleeping in their work locations. Some employees would clock-in and then head for the beach, returning later, tanned, to clock-out. On some occasions drunk employees would climb the fence (to avoid going through the guard stations). If they got caught they would be defended by their shop steward. Nothing could get those union people fired even if they climbed onto their boss’s desk naked and urinated.

Union workers worked so slow we used to joke that if they didn’t move faster maintenance would paint them. This was also my first exposure to H-1B imports from Britain who had per diem and other perks that were better than their direct counterparts.

UAW was called the “Useless Aircraft Workers” in the plant (I know it means United Auto Workers). Fundamentally I agree with the original concept of collective bargaining, workplace safety and so forth. But it seemed to be a way to dumb down and drag out the work that needed to be done. Lot’s over the over budget military projects can trace their problems to that union. The ambitious workers were not recognized because the lazy ones would tell them to slow down and “milk the job.”