So it goes in the jazz desert 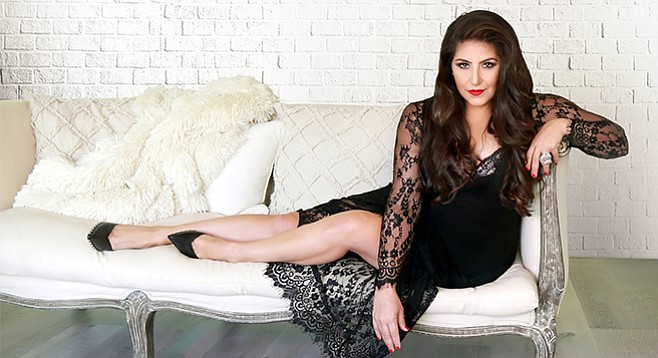 “In some cities, like New York, if you bring the goods they appreciate you for your art,” says homegrown jazz chanteuse Sacha Boutros, who just returned after spending a month in Paris (where she’ll move next year). “Other places, it’s what you look like and who you know....

“I’ve been producing my own shows in San Diego since 2003 because there isn’t much jazz here,” says Boutros, who prefers to perform in classic dinner-house settings. She would rent out places like the Westgate Hotel and hire the band (“between 3 and 14 pieces”) and put on her own themed shows, such as “Havana After Dark” and “La Vie en Rose.”

“People would come up to me at my shows at the Lafayette Hotel and tell me we did it just like they remember it in 1947 when Benny Goodman and the Dorsey Brothers would play there. Based on old photos, I made sure it had the elegance of the old days…the same palm trees, 32-inch round tables, and linens. I’d make sure the guys in the band had matching pink bowties, pocket squares, and suspenders because pink and black are the colors of my supper club.”

Though the USD grad has performed at A-list jazz venues in London, Brussels, San Francisco, and New York (and two of her three albums have been released on a major label in Japan), Boutros said her Lafayette supper-club jazz night went silent after four years so she could focus on her career. 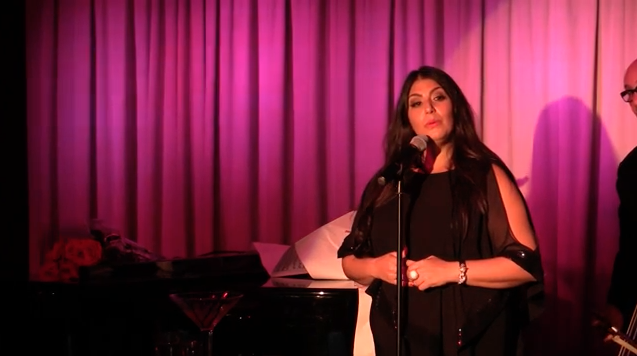 “I’m still in my 30s, but I was told once by the vice president of Sony Records that I was too old. I was told many times they loved my voice but I don’t look like an American Idol....

“It doesn’t happen anymore, but when I was younger I was told on more than one occasion that if I did this or that it would help my career. I’ve always walked away.” Boutros says she recently added posts to the #metoo Twitter blog on female harassment.

She also says her numerous benefit shows once put her in an orbit with then-mayor Bob Filner, who got fresh once. “All you had to do with him is laugh at him and talk back to him like a Jewish mother from New York.”