Cowboys in the Campfire tour sparks up the small room 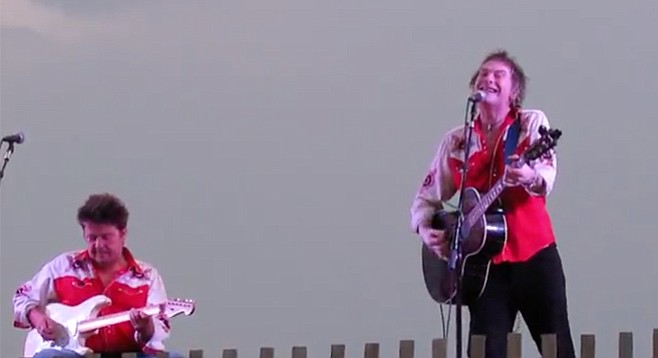 When Replacements bassist Tommy Stinson and his buddy Chip Roberts announced their “Cowboys in the Campfire” tour, the idea was that they would play unusual venues — rooms that don’t usually host rock shows. Andrew McKeag, a local guitarist who works at Satellite Amplifiers, caught wind of the tour and decided to jump on the opportunity.

“What was really the prime motivator was that Adam [Grimm, Satellite’s owner] and I have been working on creating a music retail shop in the building,” explained McKeag (also formerly a President of the United States of America and before that of Uncle Joe’s Big Ol’ Driver). “We had been talking about it, and then we started making a plan to clear out a third of the building to do it. This opportunity came up and it just kind of gave us a date [November 13] to have our shit together by. The weekend before, we were putting in carpet and painting the room, and then we pulled in a couple of display cabinets and just had the room tidied up. We put some guitars on the wall that afternoon.” 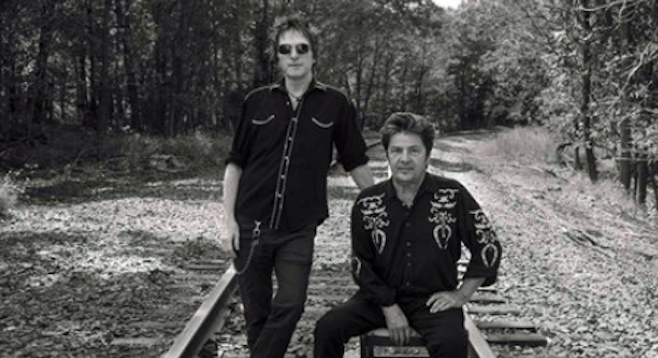 About 40 people showed up for the gig, which went great, according to McKeag. The duo played a mix of originals and covers with Stinson singing and playing an acoustic guitar, Roberts backing him with an electric. Everything went smooth enough that it looks like Satellite will keep the live performances going once their shop officially opens.

“At some point, we’re going to have more stuff in the room,” McKeag said, “but we always have the ability to move shit out and do essentially what record stores do and have a little in-store [performance]. We know a lot of musicians and some bigger-name people. If there’s a way to cram them into that room and have a little event, I think we will do it.”

The (very-rough) grand-opening date for the Satellite Amplifiers retail store is January 1. Besides selling their own merchandise, the store will stock other boutique brands and some vintage gear. McKeag’s wish is for the store to be a place to hang out and check out gear.

“I met Greg Sage from the Wipers when I was 14 years old at Captain Whizeagle’s [guitar shop in Portland]. I was just a kid. I didn’t even know who he was. He was just a rad dude. He was, like, ‘Hey man, here’s my card. If you ever make a recording, send it to me. I like the way you play guitar.’ It was just a cool little moment. You don’t get to have those if there isn’t a good brick-and-mortar option for a 14 year-old kid who wants to learn more about what he’s into. YouTube only goes so far,” McKeag said.