Florida blues behind her 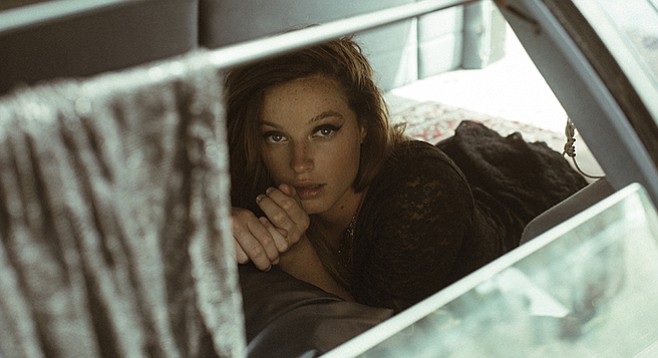 Although there are some decent surf breaks back home, pro surfer Lindsay Perry says Central Florida is nothing like San Diego. 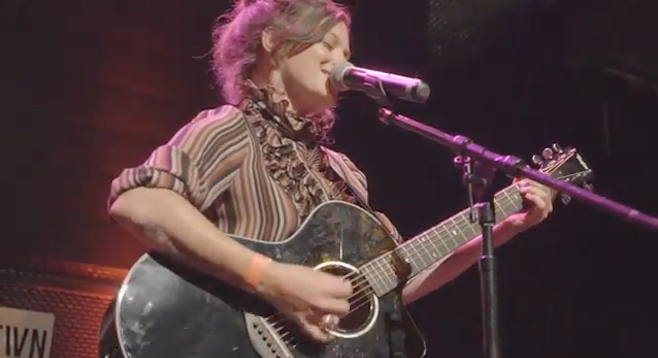 “My dad used to catch alligators with his hands,” she says about her upbringing near Panama City. “We would drink, hunt, fish, go barefoot, and do redneck kind of things. Think: redneck Jimmy Buffett.”

Perry, 29, moved out here three years ago, thanks in part to Unwritten Law frontman Scott Russo.

“When I was 21, Unwritten Law came out to play and some friends of mine told me that I should not let him leave until he heard me play. I found a cheeky way to let him hear me.... He’s an amazing producer. He showed me a couple things. He brought me out here and put me through boot camp.”

That meeting set up a chain of events that led to the bluesy singer moving here and signing with San Diego’s Pacific Records, which has released two of her albums. Things have worked out.

On November 10 her song “Cheers” was used for the second time this season on ABC-TV’s Once Upon a Time; the same week, her second album, The Dark Revival, debuted at number one on the iTunes blues-album chart.

She credits a licensing-agent hookup set up by Pacific Records for getting other songs placed on TV’s Jessica Jones (Netflix), The Fosters (ABC), and Girlfriends' Guide to Divorce (Bravo).

So far, Perry has relied on her seven-year relationship with Billabong, the Australian surf-gear company that has sponsored her as a surfer, model, and spokeswoman. “That’s been my main job for a long time.” But now she says she is sorting things out like which manager or booking agency she should use as she plots her move into full-time music.

“I’ve been doing it since I was 14 but there aren’t a lot of people doing bluesy stuff [in pop music] now.... I had a pretty fucked-up childhood,” is how she describes living the blues. Her mom died when she was a teen after she’d already been put up for adoption. Although reunited, she didn’t meet her dad until she was 16. “I was a little rebellious and I wanted to surf so I moved out. I’ve been on my own since I was 16.”