Texas hotel nearing finish, but not until February 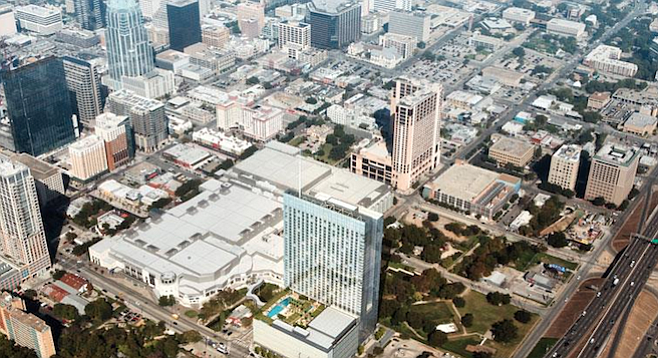 Donald Trump may be plagued by more than his share of leaks, but nothing like those of La Jolla's Doug Manchester, the president's ambassadorial nominee to the Bahamas, who reportedly needed real plumbers to handle a costly gusher at his problematic Fairmont convention hotel project in Austin, Texas. 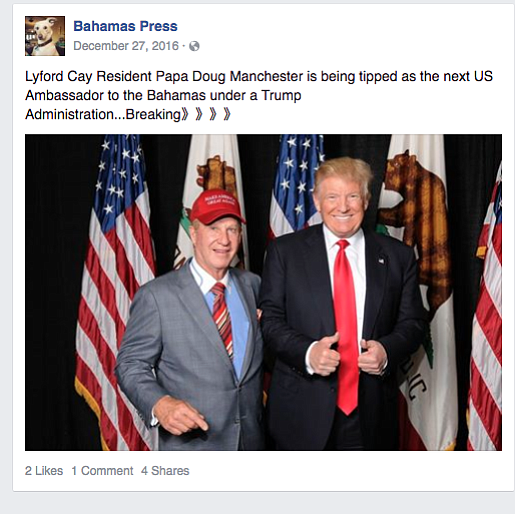 "Sounds like a flood event happened in the building today that will delay the opening well into next year. Between the porte-cochere collapse and now this, they can't seem to catch a break," wrote a contributor to SkyScraperPage.com on November 22.

"I only overheard this being talked about, so not too sure, but it sounded pretty bad. From what I heard, the water came from someplace high-up in the building and cascaded downward throughout the building. Hopefully, we'll hear more about this sometime soon."

Added a December 1 comment, “Belatedly confirming the leak rumors, at least according to the hospitality grapevine. Supposedly quite a lot of damage (one of my executive leaders estimated damages as 'several million dollars’ worth'). I had a chance to speak with one of my clients who scored a hard hat tour this week, and her quote was ‘wow, they're a looooong way from opening. I'm now wondering if they'll be ready for SXSW — which is really only just 4 months away.’”

Noted another, "Man, this project has been jinxed from the start going back to the multiple value engineerings and the trouble it had getting started."

The latest official word on the status of the troubled venture came via the Austin Statesman, which reported November 28 that Manchester's firm, run by his son (also named Doug), acknowledged the Fairmont's launch would indeed be postponed again, this time until sometime in February.

“When first announced, the hotel had been set to make its debut in June of this year. That was later pushed back to August, late fall and then November.”

"When the 37-story, 1,048-room property does open in downtown Austin at Red River and East Cesar Chavez streets next year," noted the paper, "it will become the city’s largest hotel — an honor currently held by the 1,012-room JW Marriott hotel at East Second Street and Congress Avenue just a few blocks away."

As previously reported Manchester's Fairmont deal was having trouble getting off the ground until University of San Diego law-school alumnus and distressed-asset billionaire Thomas Barrack, Jr., finally agreed in 2014 to fund the $295 million construction costs. No word yet on whether the repeated construction woes have added to the ultimate price tag.

Last year, Manchester and Barrack joined forces to raise money for the Trump presidential campaign, and Manchester was nominated ambassador to the Bahamas this past spring. He subsequently testified before a Senate sub-committee but still awaits a confirmation vote.

In October, Berkadia Hotels and Hospitality Group, a commercial mortgage loan banker and loan servicer operated by Warren Buffett's Berkshire Hathaway and Leucadia National Corporation, announced it had been retained to find $650 million for Navy-Broadway by the end of this year, but has since remained mum.

Is it possible that the jobsite had insurance for this sort of catastrophe? Can you even insure for a loss like that? It does look as if it is jinxed.

Uh-oh. Pappy should be worried he didn't get confirmed for ambassador already. Between this and his Navy-Broadway panhandling, he's looking an awful lot like a loser—and Donnie Boy only likes winners. Nassau may be slipping from his mitts.

I would think that Donald would see Doug as a winner especially if he ends up screwing contractors, banks and insurance companies. Maybe Doug is following The Art of the Deal.