My mother makes her demand 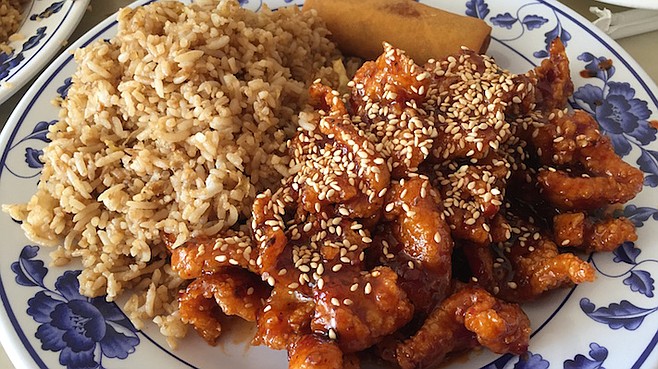 The Convoy district may be San Diego’s hub for Asian food, but that doesn’t mean all the good ones are concentrated in that area. For example, tucked into a strip mall on an otherwise restaurant-bare segment of El Cajon Blvd. is Maxim’s Seafood Restaurant, an unassuming Chinese eatery with an extensive menu written in both English and Chinese.

I can thank my mother for making us think of Maxim’s, as it was she who requested we find a Chinese restaurant somewhere close to where I live so she’d have time for lunch before an appointment. This was my first visit to the brick-and-mortar restaurant, though I've had their food delivered a few times before. 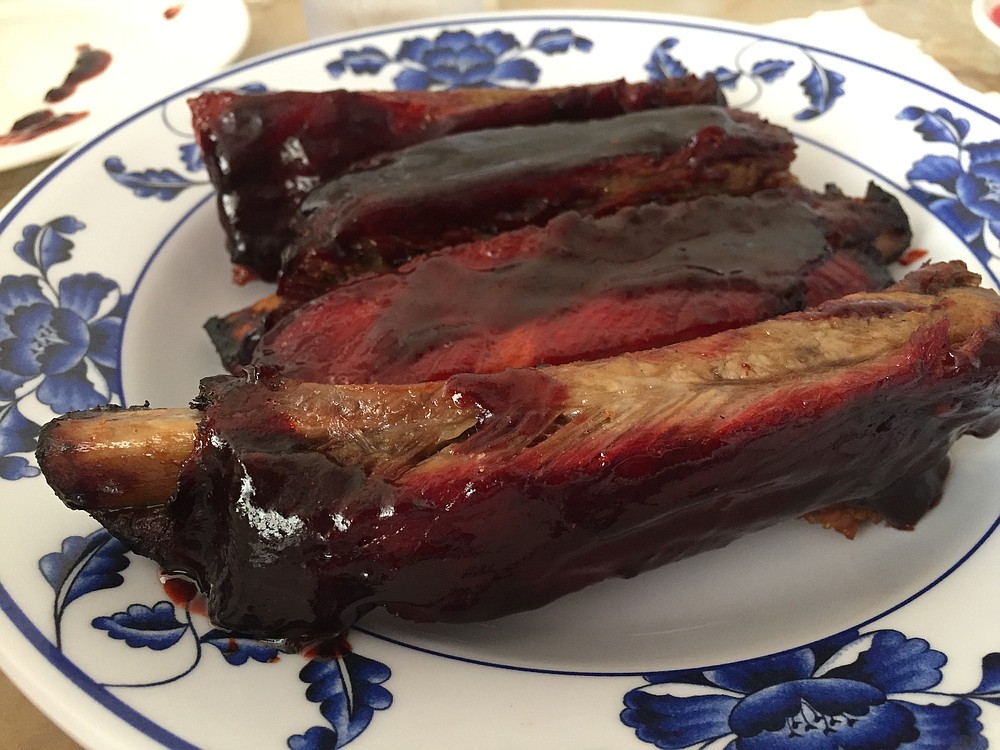 The day we were there, construction was going on in the small parking lot. The lack of parking may have dissuaded other lunchtime patrons, but for making the effort, our crew was lavished with attention from the three women helming the joint. 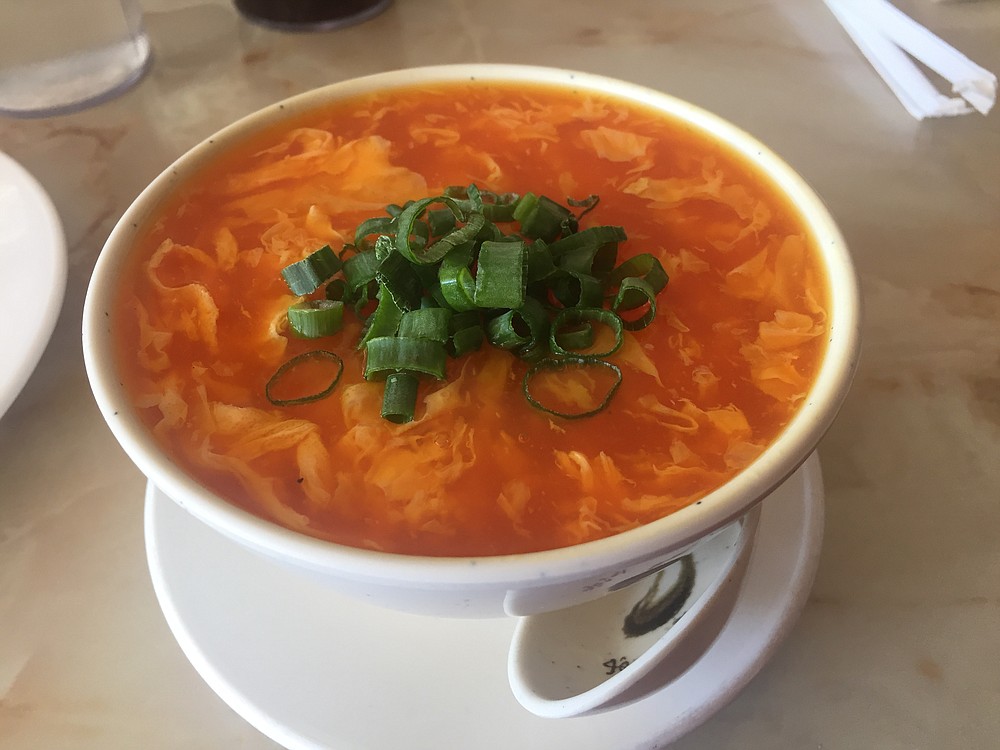 We began by sharing the BBQ Pork Ribs ($6.99). They were lean the way we like them, and fall-off-the-bone tender. David gave two sticky, BBQ sauce thumbs up. The lunch deal is generous: $7.99 gets you soup, egg roll, a heaping plate of rice, and your lunch selection. I ordered Sesame Chicken, and opted for the egg flower soup. The soup was rich and savory, with a topping of chives, an addition David enjoyed. I was ambivalent about the chives, but I ended up getting some later to have at home (where I was pleased to learn it reheats well). 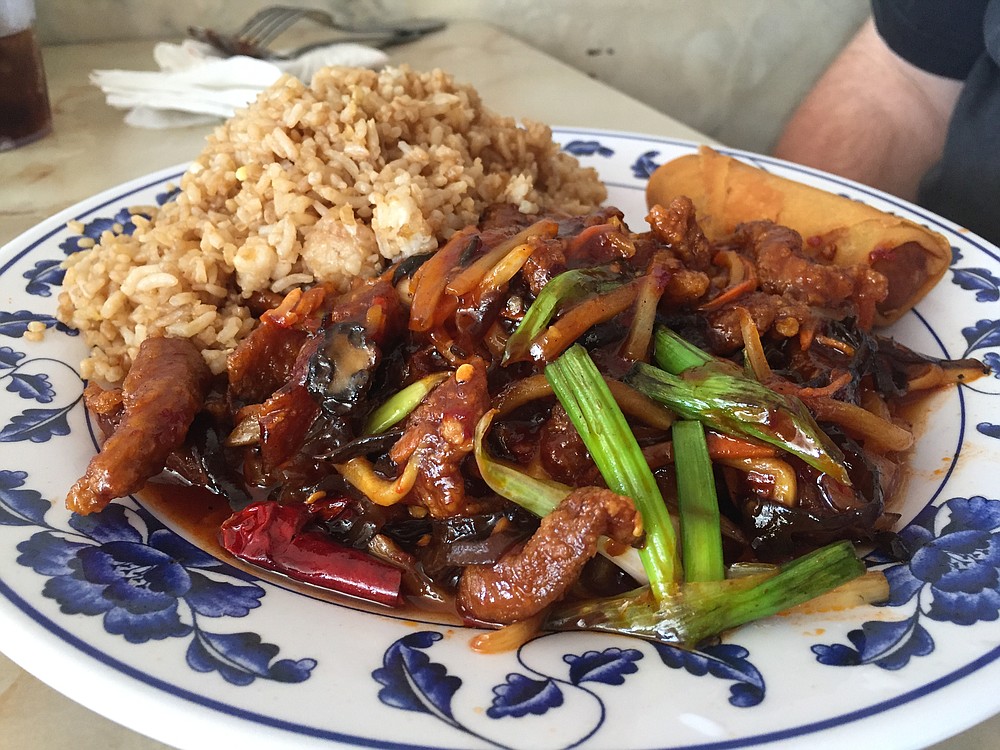 The chicken was sliced thin, lightly breaded, fried, and slathered in a tangy, semi-sweet sauce with a kick. There was enough there for me to be satisfied and have lunch for the following day. 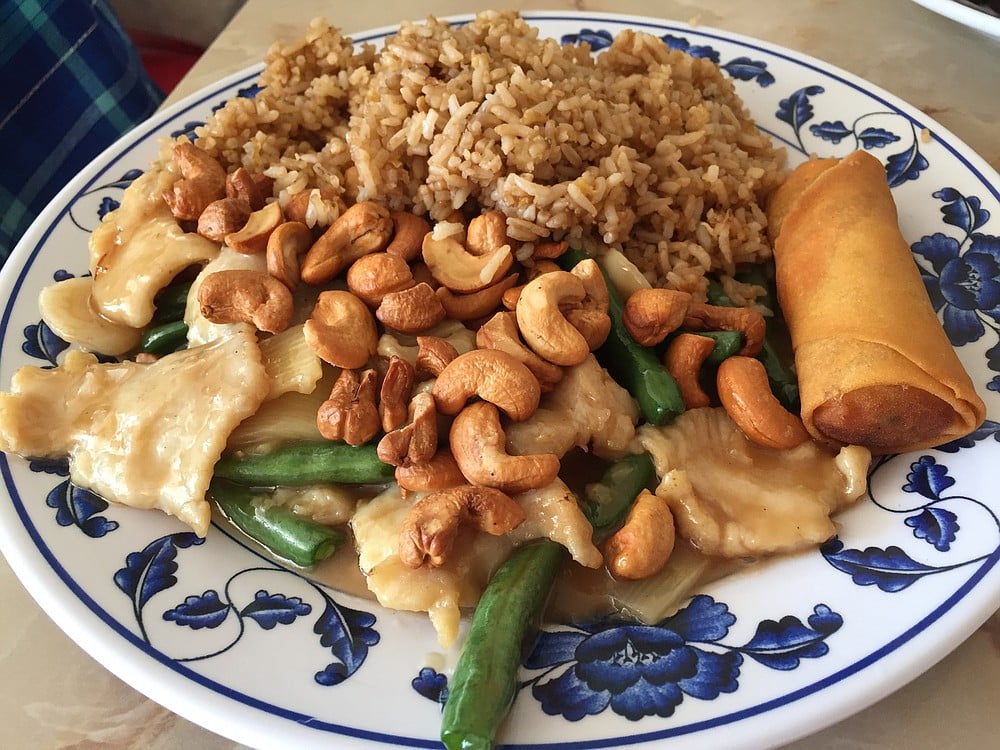 Cashew Chicken, with a generous portion of toasted cashews

Mom got Cashew Chicken, which came topped with toasted cashews, more than I’ve seen in this dish elsewhere. This chicken, not fried, had a tender, silken texture. The sauce was savory, and the green beans were fresh and cooked al dente.

David ordered the Szechuan Chicken, which he said was “just the right amount of spice.” 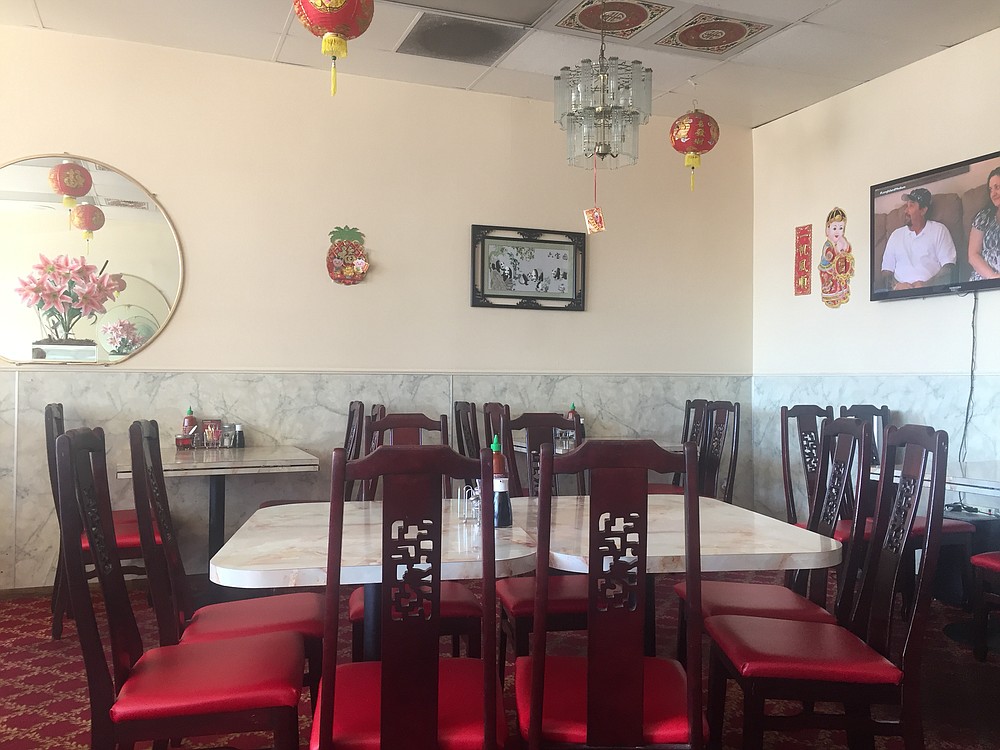 My mother, who grew up in Brooklyn and cut her teeth on Chinese takeout in the city, approved heartily of Maxim’s and demanded it be our “go to lunch spot."

When we mentioned we’d had it delivered before, an elderly Chinese woman approached our table and said, “Next time, call the restaurant directly, instead of going through the other services, it’ll be cheaper.” Then she said she’s the one who makes the deliveries.