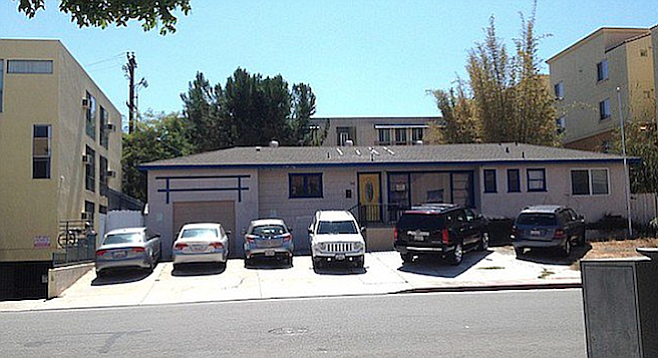 A Superior Court judge today (December 1) put a permanent stop to enforcement of the City of San Diego's mini-dorm ordinance.

Judge Ronald Styn ruled that the city's Residential High Occupancy Permit, which forces landlords to pay for a permit if there are more than six tenants over the age of 18 living inside, violates state law. An additional ordinance also requires that each of the six tenants have a dedicated on-site parking space that must conform to lot size and setbacks. When obtaining the permits, the landlords and their tenants agree to allow code-enforcement officers to conduct unannounced inspections of the properties.

In March of this year, a group of landlords and students calling themselves the College Area Students, Landlords, and Tenants Association filed for an injunction to stop enforcement of the ordinance. They argued that the ordinances denied those living in the College Area equal protection of the law. The ordinances also violated privacy rights and state occupancy laws.

As reported by the Reader, Styn's decision was not the first time that the city lost a legal case over enforcement of mini-dorms. In 1996 a similar group, the College Area Renters and Landlords Association, sued the city for targeting minority groups in their effort to address mini-dorms. A state court, and later an appellate court, agreed and struck down the ordinance.

Despite the legal precedent, in 2017, at the urging of some College Area residents, the city once again looked to stop what some residents called a proliferation of mini-dorms and a lack of off-street parking.

At today's hearing, deputy city attorney Carmen Brock (present via telephone) argued that the city should be allowed to amend the ordinances and not have the court force them to do so; however, Brock also admitted that the ordinances were specifically intended to "target students" and overcrowding, a statement that Judge Styn said "did not help" the city's case.

"There are ways you can regulate parking," said Styn. "By using the basis of age you have all sorts of constitutional violations occur…. This case is over."

The city can file an appeal. Regardless of whether it does or not, enforcement of the ordinances must stop until the appeal is decided. If no appeal is filed, attorneys for the students and landlords will ask for attorney fees. The judge will then decide whether to award any punitive damages as well.