Debate on community choice for electricity heats up

"Choice under a monopoly is not a choice." 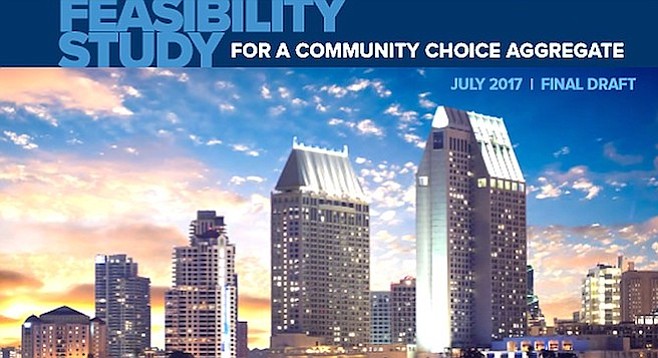 The city's goal of reaching 100 percent renewable energy by 2035 is kicking in to high gear with a new study that explores the feasibility of community choice — a program that would hand over the power of buying energy and setting rates from SDG&E to the city. SDG&E would still deliver the energy and bill us.

The feasibility study released in July is out for public review until November 15. More than one person at July's Clairemont planning meeting said it's unlikely anyone will actually read the study. I did read it. While not an easy read, it does have some important-to-know caveats, red flags, and admissions of "built-in uncertainties."

After seeing several community-choice discussions at planning meetings around town, the pro and con usually go like this: community-choice advocates promise to get us greener faster and cheaper while SDG&E advocates say the majority of emissions are from transportation (not electricity) and that choice already exists: the corporation began offering 100 percent renewable energy about four months ago. 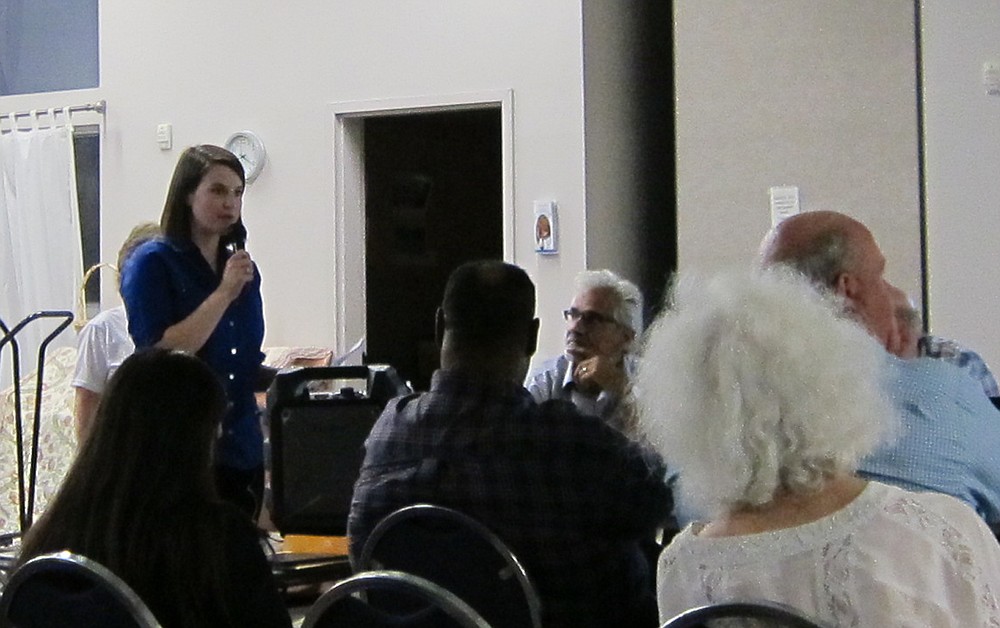 At the Clairemont meeting, there seemed to be an even split between support and hesitation. On behalf of Sempra were two hired lobbyists/consultants: Herman Collins (in the 1990s, he was with the city council's office) and consultant Peder Norby (formerly on the county's planning commission). On the community choice side was Alicia Race from Climate Action Campaign.

Collins and Norby gave a short presentation. Norby focused on the big unknowns. One was SB100 — if passed, it would commit California to 100 percent renewable energy by 2045 (accelerated to 50 percent by 2026 and 60 percent by 2030). Norby said SDG&E is currently at 43 percent (that number excludes personal solar installations). 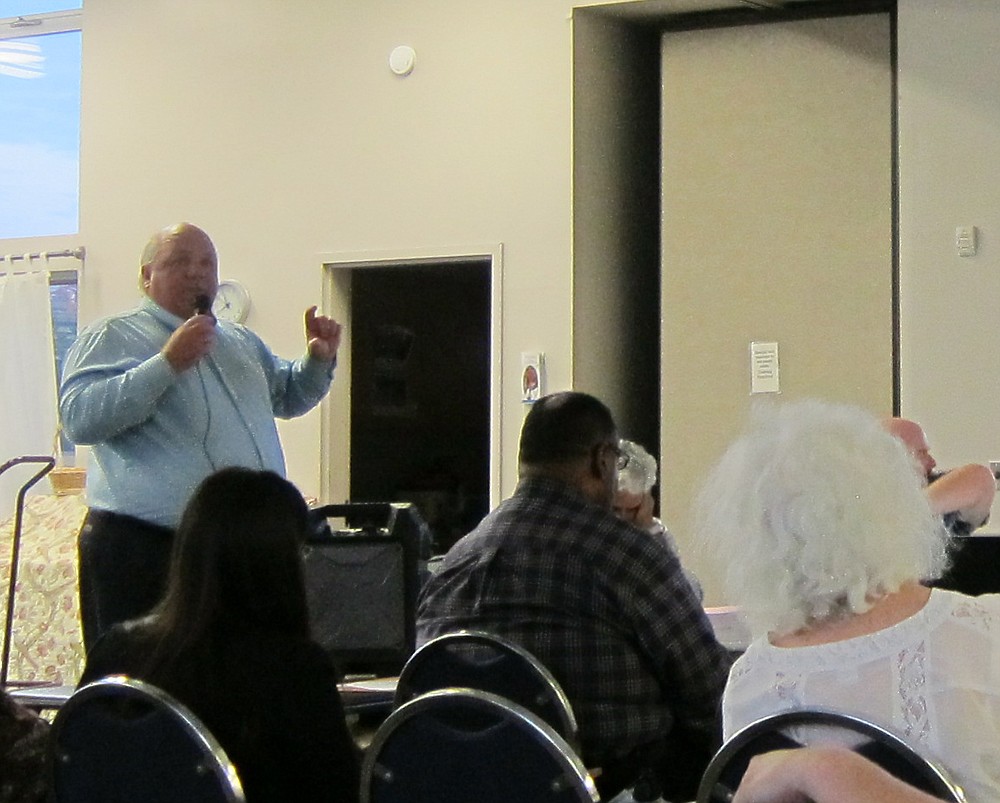 Norby asked the audience if it's worth spending $600 to $900 million to get community choice off the ground.

Exit fees are another big unknown: Norby said until these fees are calculated sometime around December 2018, there won't be any way to determine if community-choice rates will be competitive. He cautioned that a high fee could mean a $2.8 billion liability to the city.

Norby asked the audience if it's worth spending $600 million to $900 million to get community choice off the ground. Audible gasps and sobering "wows" were heard.

"The devil is in the details," said Collins before urging the planning group to hold off on signing a pro-community-choice letter to the city council. At least not until they review the feasibility study and consider asking the city council not to make a decision until all is known — at minimum on those exit fees and SB100. 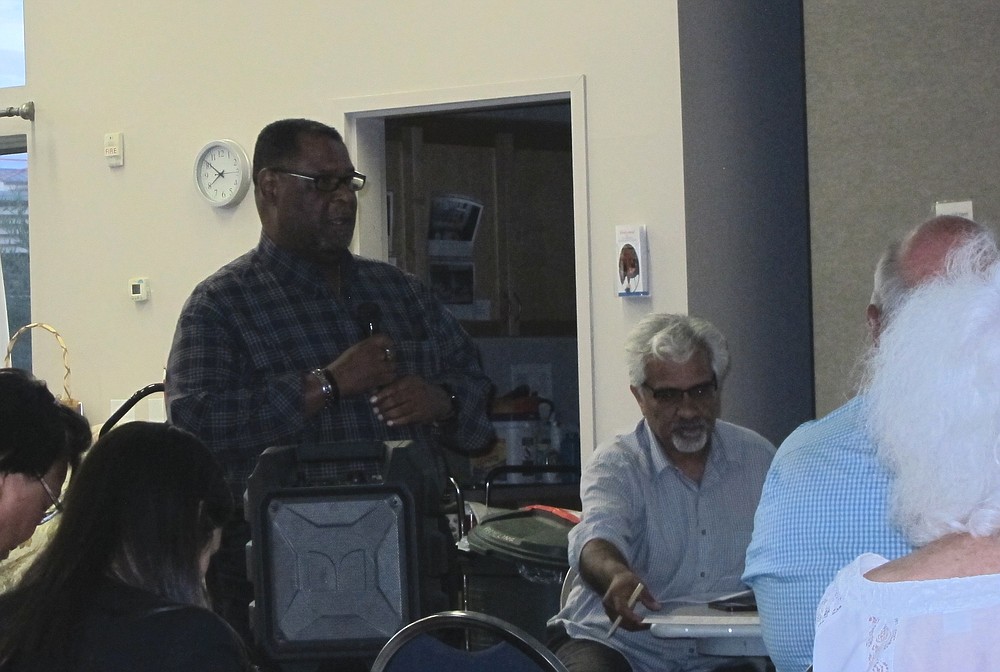 "The devil is in the details," said Collins.

Race was up next. She kept it brief, having spoken to the group the previous month. The gist was community choice would offer more transparency and provide lower rates and more green energy once the program was off the ground.

One resident said, "All I know is utility rates keep going up and up and up, so all I care about is which side is going to solve that."

Another resident said, "So, we're going to turn over to our city government control of our electric power but we can't get potholes filled?" That got a laugh.

Another speaker took SDG&E to task about saying they make no profit on the electricity they sell. He said it's hidden in $9 million CEO salaries and 20 percent rate discounts for employees that are shown as expenses.

The planning group decided to hold off making a decision until September.

Later in the week, Race said it was unclear why SDG&E isn't embracing community choice since they make all of "their money through delivering the power on their lines and wires."

What about the claim that choice already exists with SDG&E? "Choice under a monopoly is not a choice — we're still tethered and dependent on the same corporation with no ability to opt out." 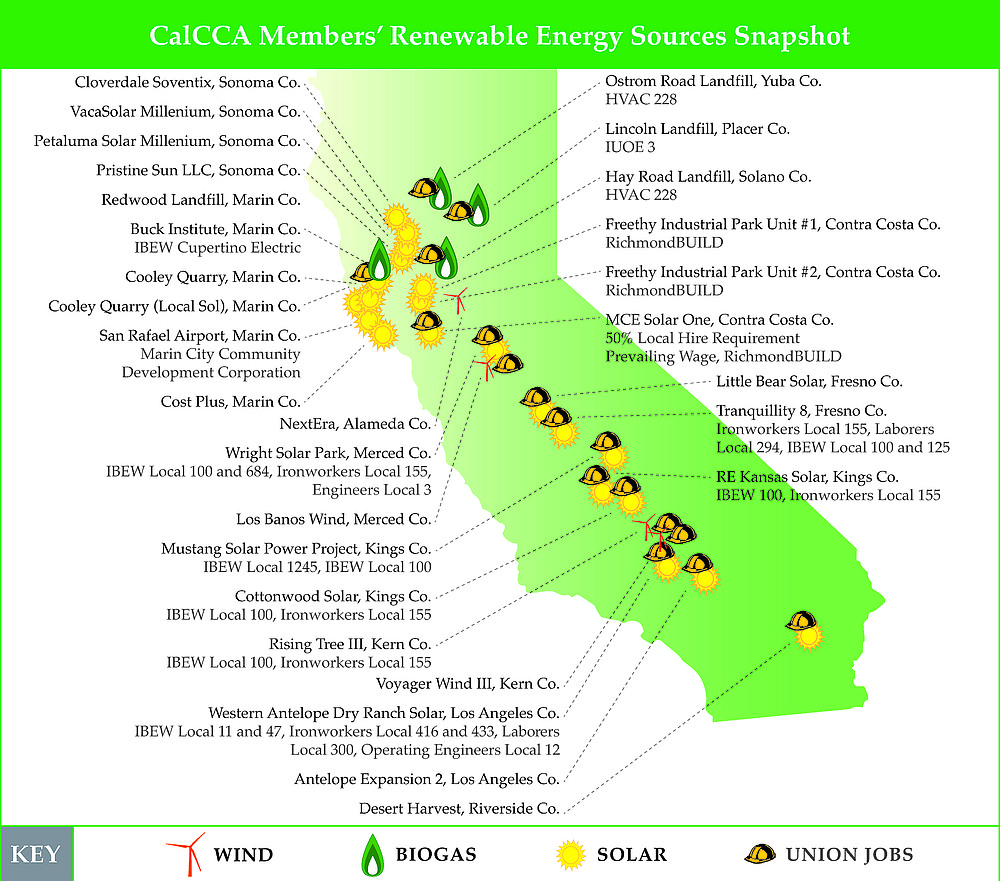 Race said a mix of solar, wind, geothermal, battery storage, modernized grid, and others are needed to meet the 2035 goal.

What type of projects need to be invested in to meet the 100 percent goal by 2035? Race said it'll be a mix of solar, wind, geothermal, battery storage, modernized grid, and others.

The feasibility study compared rates using scenarios with different levels of renewable energy. Exhibits show that in 2022 SDG&E will have lower residential rates when using 80 to 100 percent renewable energy (6 to 10 percent lower). At the 50 percent level, SDG&E and community-choice rates will be within 1 percent of each other. 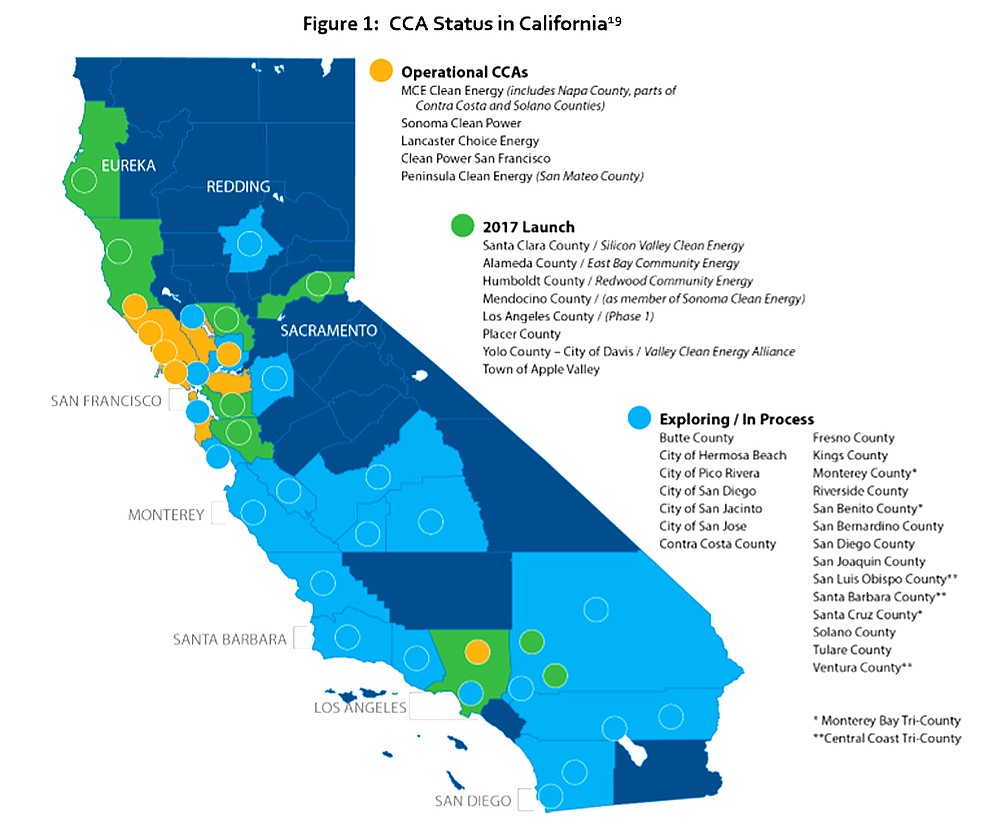 If San Diego goes the community choice route, it will be the largest program yet (ten times that of half the current programs).

If San Diego goes the community-choice route, it will be the largest program yet (ten times that of half the current programs). This could translate into risks not yet experienced by others.

Known risks include over- or under-procuring energy. Forecasting demands — while keeping costs and renewable targets in mind — can be tricky. Buying too much renewable resources can potentially create a loss — too little can cause prices to spike.

Other major risks noted are that exit fee Norby said could run into the billions and the hard-to-predict percentage of customers who might opt out of community choice. An opt-out fee is in the cards — amount yet to be determined.

As far as funding sources, bonds are an option that includes significant risks with interest rates subject to change — sometimes quickly and unpredictably.

Another concern is that of too many people installing solar, as community choice has to make enough on energy sales to cover the cost of operations while still maintaining competitive rates. As energy sales decrease, administrative and operational costs could become a larger portion of the rates paid by customers.

The study assumes that community choice won't have enough revenue the first six years to cover operating expenses and debt. This is partly due to the huge up-front costs. By 2035, surplus capital is estimated to be $55 million (in 2020 dollars). Surplus funds can be used to lower rates or invest in new sources of renewable energy.

Wind and other renewable energy, besides solar, were excluded from consideration in the study resulting in a conservative assessment of the potential for local renewable generation. The study showed building ten one-megawatt solar power systems would create roughly 24 jobs.

In June, the city put out the call to consultants to submit information to help move the city toward their 2035 goal. More than 100 prospective bidders, including SDG&E and Sempra, heard that call — less than half of them were local. Submittals that were received by July 21 will be considered alongside the feasibility study by the city council when they meet in December (subcommittee) and in January.

This wasn't included in the article, but the feasibility study states that SDG&E has to promise to be a last resort in case the CCA messes up and doesn't have enough power to send out.