No one calls Thundercat Stephen Bruner

Call him a mighty fine R&B and funk singer instead 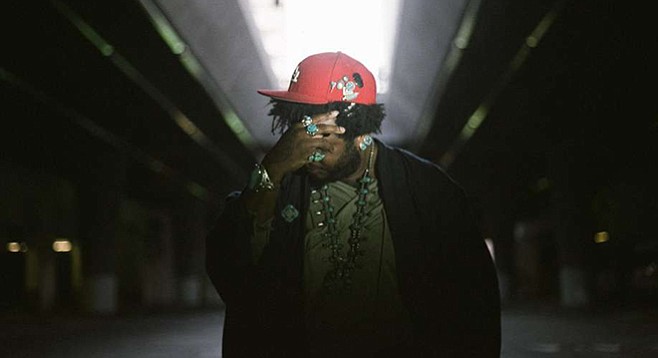 Thundercat claims Miles Davis as an inspiration, along with jazz bassist Ron Carter and a pianist named Mary Lou Williams who was mostly active during the golden era of jazz, but you’d have to dig deep to identify any one of them in his recordings. Personally, I hear blue-eyed soulster Michael McDonald all over this man’s music, and possibly Stanley Clarke and even Kenny Logins, each of whom he has performed with.

Thundercat is Stephen Bruner, but no one calls him that. He is a studio bassist with a long list of seriously worthy bands and musicians he’s toured with, including Suicidal Tendencies (while still in high school), Erykah Badu, and Kendrick Lamar. The Kendrick Lamar gig ended up in a recording, To Pimp a Butterfly, for which Thundercat received a Grammy award. At 15 he was in No Curfew, a band that had a hit record in Germany. Thirty-two as of this writing, Thundercat’s own debut CD, The Golden Age of Apocalypse, has been out for only a few years. He has since released two more.

Thundercat’s father is Ronald Bruner, a drummer who played with the Temptations, Diana Ross, Gary Bartz, and Gladys Knight. Thundercat’s older brother Ronald Bruner, Jr., a Grammy-winning drummer, has played with an amazing list of straight-ahead jazzers such as Roy Hargrove, Stanley Clarke, and Wayne Shorter. That’s who the younger Bruner grew up listening to, although he carries the family jazz tradition not one iota further. 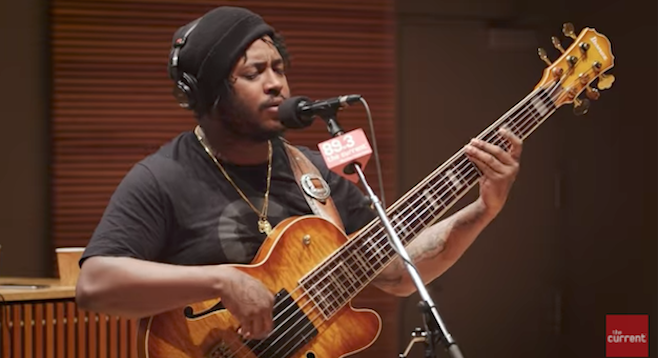 A few words about that six-string electric bass he plays: it’s a hollow-body instrument, and the way it is set up gives Thundercat the option to sound like both a bass and a guitar simultaneously. Even though a bit understated, he brings prodigious talent to the instrument. You could come away from a Thundercat gig thinking that Stephen Bruner is a mighty fine R&B and funk singer, and you’d be correct.