First scheduled to open in August, then September, now November 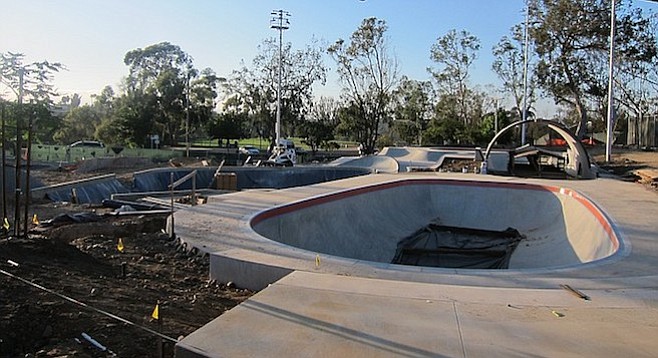 San Diego's largest skate park is 90 percent complete, says the city. Many hoped it would open in August and then September. Last week, a worker at the skate park, located at the intersection of Osler Street and Genesee Avenue, said he had no clue when it might be done. Today, Linda Vista native Chris Limon said November is the latest word from the city. 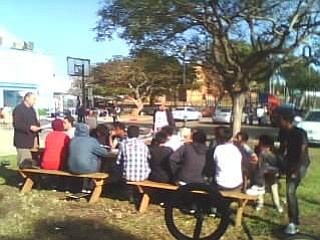 Limon's first meeting with the kids in 2013.

Not a skateboarder himself, Limon started advocating for the skate park in February 2013 after seeing 20 kids skateboarding in the Linda Vista shopping center — and then hearing adults calling them a nuisance. Limon asked the kids to attend a recreation-council meeting the following night. 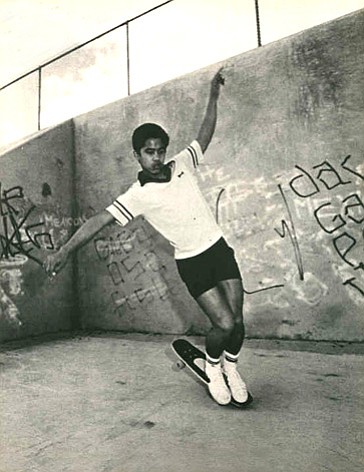 "I was late getting to the meeting held at a local church. I opened the door and there was close to 60 kids sitting quietly listening with scooters and skateboards in hand." This was the moment Limon knew they could make something happen. He said they shattered the norm as far as budget and size and the time it took to get it done. Limon said there was never a shortage of help from the community and local skateboarding legends such as Tony Hawk and Linda Vista native Doug "Pineapple" Saladino.

Limon said Saladino is known as a skateboard-trick pioneer. "Doug was a local hero and then here he was coming to our meetings and getting involved. I can't thank him enough. He legitimized us."

Limon said that Linda Vista often gets overlooked. But this time everyone came together from kids gathering signatures to councilmembers (Scott Sherman, Lorie Zapf, and then-councilmember Kevin Faulconer) flexing political will when the grant application deadline was missed by a day and a half. 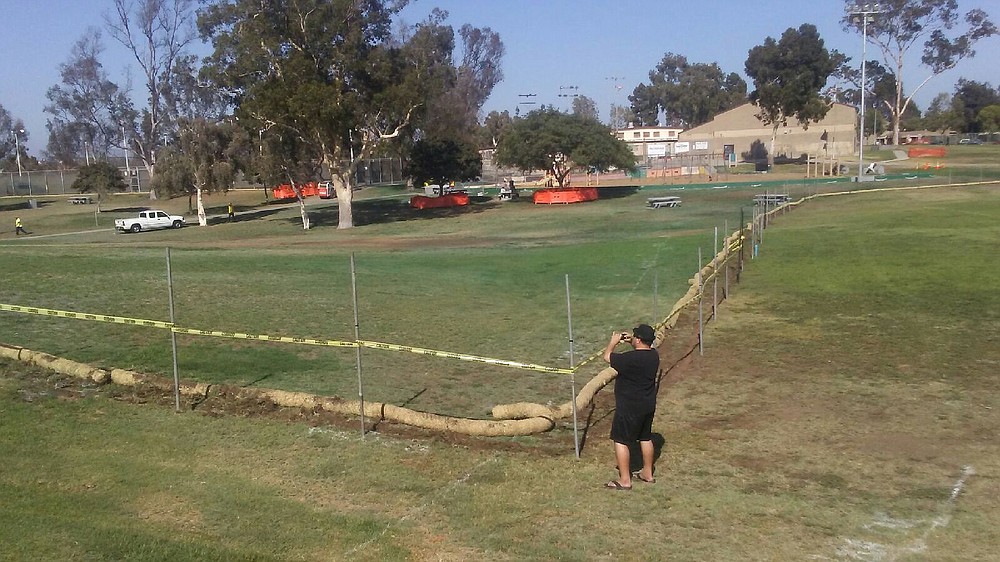 Limon was there to take pictures well before the groundbreaking.

I asked Limon to describe what's unique about the park besides the size. To start with, the spectator bridge that gives a 360-degree view of the park below. He said the park will have San Diego's only full pipe standing 19.5 feet, a professional 50-foot competition bowl, 20,000 square feet of snake runs, and rails, and low bowls of various shapes.

"The park will have something to do for every skill level and the room and open space to skate comfortably in. No one is too green for the skate park nor so good you'll be bored with it."

Limon said having a “park nanny" can be a good thing if it's someone the skateboarders already know. Yes, he would take the job if offered. 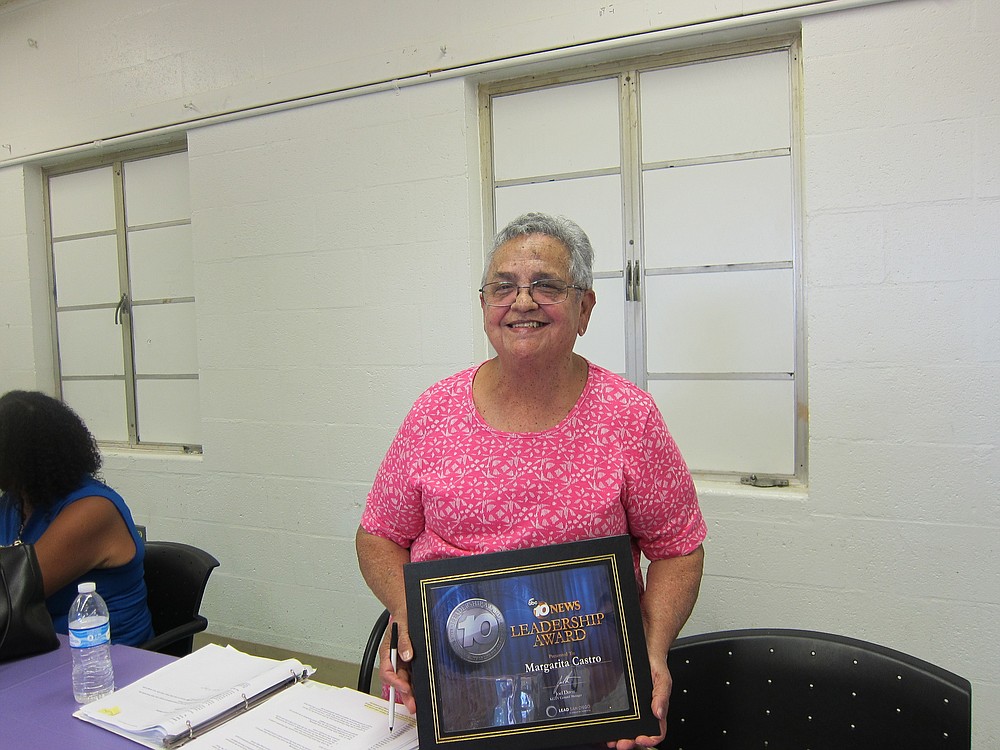 At July's recreation-council meeting, there was a bit of tension within the ranks as community leader Margarita Castro griped about a post on NextDoor that had gotten "out of hand" and "very offensive." Some had posted concerns about the new skate park as well as not feeling safe at the adjacent park with its homeless encampments and drug dealers.

Linda Vista resident Mikey Beats said he probably won't return with his kids to the park after seeing "Fuck You" scribed on a plastic slide.

Another resident was concerned with spending millions on a skate park that will mostly serve young boys. T.R. McNulty lives a couple blocks from the park, and the 53-year-old said he plans to ride there a lot.

Castro took issue with one member of her group who she said had opposed the skate park and had been spreading misinformation. She stared at one lady as she said, "Now this is a bunch of damn lies! Excuse me, I'm very upset, because so many of us have worked on this plan, okay."

Security concerns were discussed. One member said gang members refused to leave the skate park the other day and the police had to be called because security is only there during the weekends. She said if the rules aren't set up now, it's going to be hard to enforce them once the park opens.

A member of the public asked if bikes and scooters would be allowed. A councilmember said that kids using scooters need a park, too, and can't be turned away.

As far as security cameras, Mark Moncey from city parks and recreation said they aren't part of the contract so other funding will need to be found. 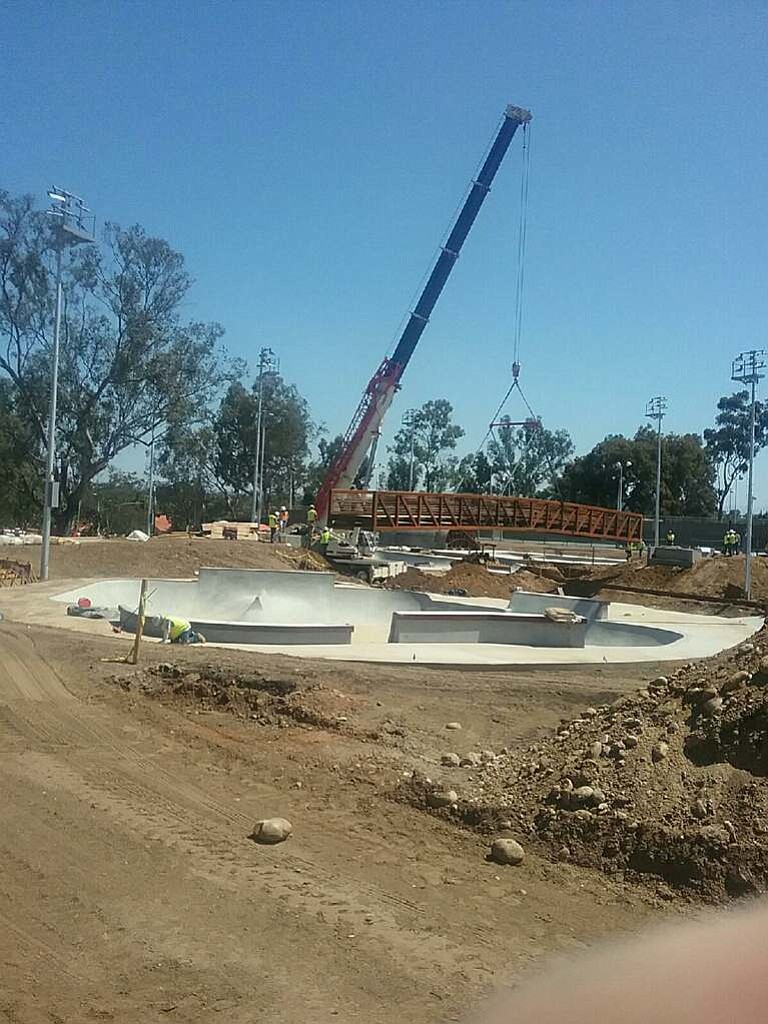 The one-of-a-kind pedestrian bridge nicknamed "Hawks Nest" was brought in on three semi-trucks.

After the meeting, I talked to the chair, Doug Beckham, who went to school with Tony Hawk's sister. He said the pedestrian bridge is one-of-a-kind and he wanted to name it "Hawk’s Nest." Moncey said he believes it was brought in on three semi-trucks.

Beckham said about the skate park, "Next month, it will be pretty much done." Moncey countered with, "Well, it will look done — it could be longer."

After the meeting, as I took photos of the skate park, a guy named Carlos asked, "Hey, do you want to get some really good photos?" Carlos said he's gone onto the construction site every day, from day one, to take photos. So, I let him lead the way. With piles of dirt, pipes, and other things strewn everywhere, it looked like more than 10 percent was yet to be done. 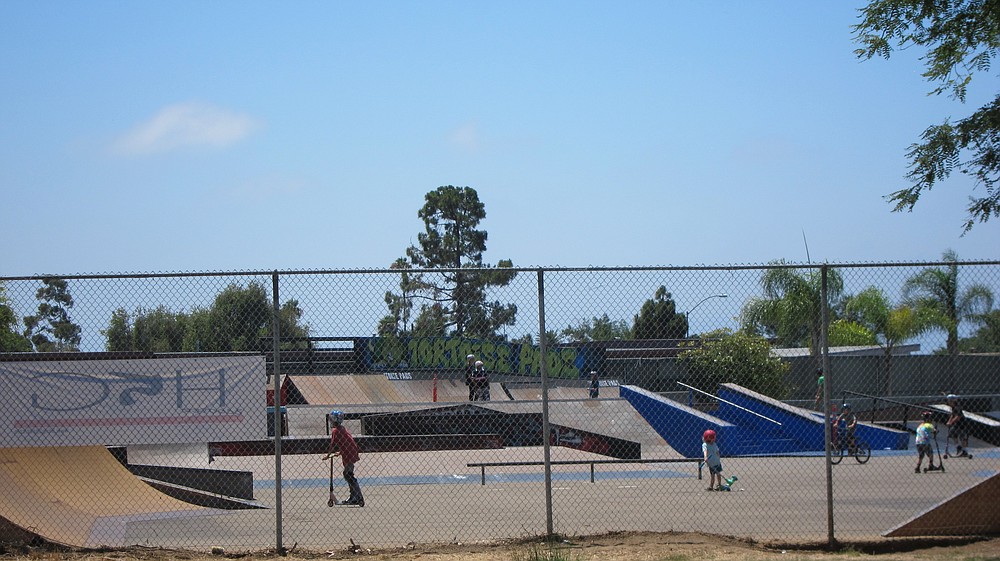 The skate park in Linda Vista will be fenced in like this one in Clairemont.

Carlos said, "Teenagers sneak into the park. They have no helmets and they're skating in the park every day. They want to skate right now; they don't want to wait." He said they bring in bikes and scooters, too.

As far as security, Alec Phillipp from city communications said city staff will be responsible for security once the park opens. He said a fence will enclose the entire park.

While Phillipp couldn't confirm it being the second-largest skate park in the nation, he did confirm that it's the largest in San Diego with more than 54,000 square feet of park (34,500 square feet of concrete skate area with another 20,000 of landscaping).

Sherman's August newsletter stated it will be the largest in Southern California.

Hours aren't finalized yet but may be similar to the only other lighted skate park the city operates: Carmel Valley is open from 10 a.m. until 8 p.m. 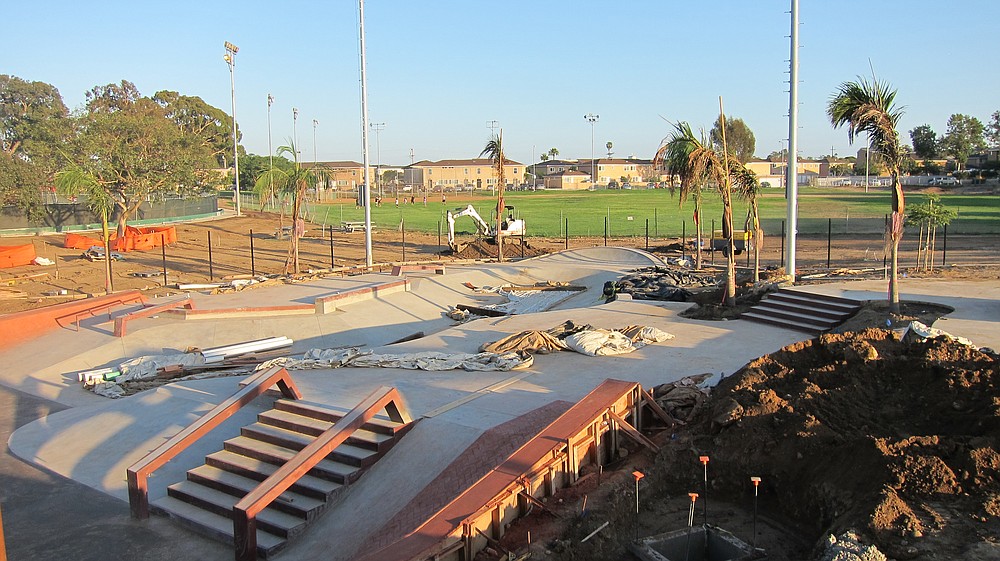 Tasks to be completed: drainage, skate features, and plant sod

What are key things left to do? "Finishing drainage, finishing skate features, and planting sod."

About funding, Phillipp said that $4,240,000 was provided via grants — the lion’s share from the California Department of Housing and Community Development and $40,000 from the Tony Hawk Foundation. Cost of annual maintenance is estimated at $40,000.

What about injuries? He said liability waivers will be posted to inform the public that they use the facility at their own risk. Recreation staff are trained and certified in first aid and can assist, as appropriate.

The city operates five other skate parks. According to Phillipp, three more are planned, including in City Heights and two others estimated to open within the next five years (Pacific Highlands Ranch and Mira Mesa).