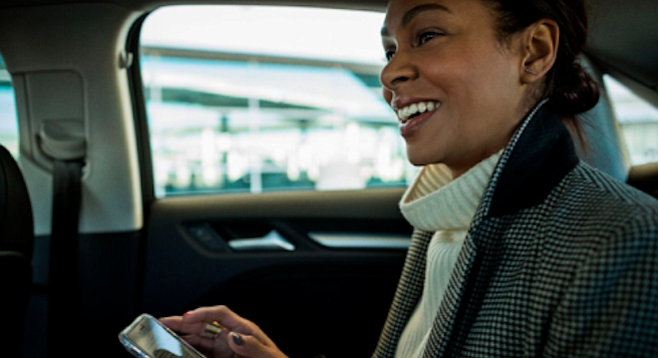 A woman who was allegedly raped by a Lyft driver in Cardiff in December 2016 has filed a lawsuit against the company and the driver in state court.

The lawsuit, filed by the unnamed victim, is suing the popular “ride-sharing” company for failing to supervise and train, negligent hiring, and for misrepresenting itself as a safe taxi service. The driver, Enrique Godoy, is also named in the lawsuit.

According to the complaint, the woman (referred to as Jane Doe in the lawsuit) hailed her driver just after 7 p.m. on December 9 from a friend's house in Cardiff. The woman claims that during the following hours Godoy "viciously and brutally raped" her. She suffered from lacerations on her nose and arms, as well as significant tissue damage from the sexual assault.

The woman reported the alleged assault to the police and Lyft's headquarters on December 10.

"These allegations are horrifying and our concern is with the victim," said Lyft spokesman Scott Coriell. "The first we were made aware of this incident was when we were contacted by law enforcement, at which time we permanently deactivated the driver's account. We have been working with law enforcement to support their investigation and will continue to assist going forward."

Attorneys for the woman say the company failed to properly screen Godoy before hiring him and that Lyft conducts substandard security checks of its drivers.

"Lyft knew that its security screening was deficient, that its background checks were below industry standards, and that its drivers were not trained or supervised, or given sexual harassment and abuse standards," reads the complaint. "Lyft knew that numerous women had been assaulted by drivers [and] that it was not safe for intoxicated women to get into cars with its drivers. Lyft intentionally concealed these facts, and deliberately represented the opposite — that its drivers offered the safest options for solo, intoxicated women seeking late night transportation."

Attorneys accuse the company of implementing a policy of "profits over people" and because of that has ignored safety measures and thorough background checks in favor of recruiting additional drivers.

There was absolutely no way that Lyft, Uber, or any other of these ride services could have done a full criminal background check on all those drivers that they recruited so rapidly. And as far as training them, well, did any of the services ever have an employee get face-to-face with a driver? I doubt it. The system, if you can call it that, was to purge the bad apples after they did something questionable or downright criminal.

And not to blame the victim, but climbing into a car while intoxicated is not recommended, despite the advice to those who have over-imbibed to "take a taxi." Lyft is definitely NOT a taxi.

Yellow Cab is paying now for years of unreliable "service" with the competition of cheaper, readily available Lyft and Uber. Unfortunately, the client continues to be disadvantaged with these gig economy innovations which are definitely cheaper in price but unreliable in their own special ways. To my knowledge, drivers for Uber and Lyft remain unvetted, without secure background checks. Also, working conditions for these drivers are Third World: after using their own cars, paying for gas, no tips and a cut to the company, there is little livelihood left.

That Uber model lacks a few legs to stand on. Many people forget that cars wear out, and the more you use them, i.e. the more miles accumulated, the sooner they need replacement. Oh, and then there is maintenance which if not performed shortens the life of the car. Tires wear out and need replacement. The list is long. What can seem like a fairly lucrative gig can leave the driver broke and with no vehicle to drive if he/she spends the income as fast as it comes in, and sets nothing aside for repair and eventual replacement of the car. If Uber and Lyft had fares that reflected their full cost, they would be much less competitive with taxis, car hire services, etc.

The Court of Appeals has come down pretty hard against finding a duty to perform criminal background checks. It's likely that this gets bounced on a demurrer if it doesn't settle.