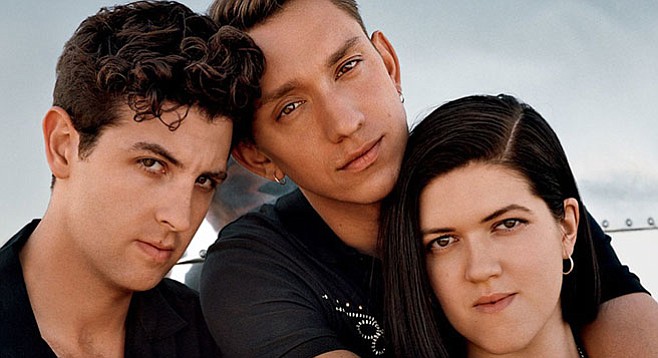 They used to be considered wannabe vampire rockers, but the mumbling English minimalists known as the XX have taken the dual-vocal sound that earned them their goth bones and applied an indie electro-pop patina that seems to have made them a fave all across the blog spectrum. Things really started popping for the band last November after they played Saturday Night Live, previewing the first single from their new album I See You, and they’ve pretty much been on tour constantly since then to promote the release. You’ll probably need to score your tix for Observatory North Park on September 23 pretty quickly after reading this — the surprise date in the midst of the second leg of their U.S. tour was just announced on Monday and is only a month away. 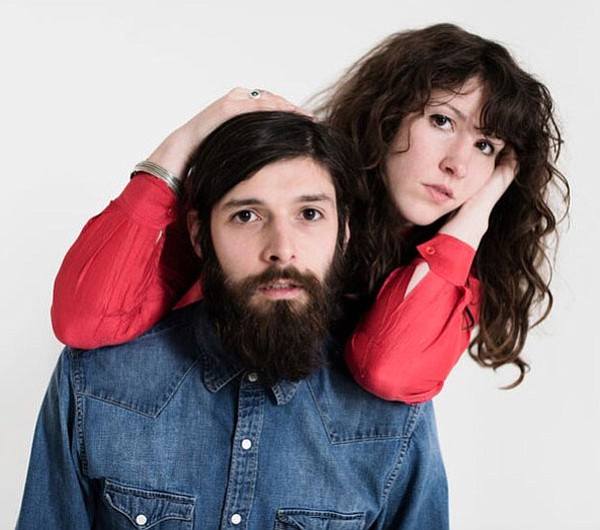 Expect the Best from Widowspeak at Space Bar

With a name like Widowspeak, I went to spin their new single “The Dream” expecting something goth-y, maybe with a bit of metal, probably from a bunch of Midwestern guys with too much stubble showing through their makeup. Imagine my surprise to discover a female-fronted Portishead/Mazzy Star/Lana Del Rey-style dream-drone, Xanax-drenched indie-rock band from Brooklyn by way of Washington. Singer Molly Hamilton is clearly inspired by languid and long-gone singers like Nico and Marianne Faithfull. Paired with rock guitarist Robert Earl Thomas, their debut 2011 album included the cinematic track “Harsh Realm,” heard in the TV show American Horror Story and earning the band a brief splash of critical ink, most of it positive. Two more albums seem to have come and gone without much brouhaha, but they’re about to drop an optimistically titled fourth album, Expect the Best, that they’ll be plugging at the Space on September 29. 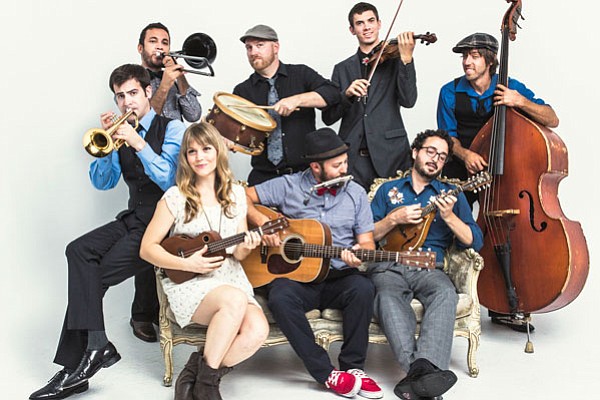 Founded around a decade ago in Venice Beach, the Dustbowl Revival melds New Orleans swing, soul, blues, gospel, and roots music for a dancehall party sound that has found a home on local stages everywhere from the Casbah to the Music Box, Winstons, and Stagecoach Park. On October 7, AMSDconcerts will host the eight-piece group at its current venue in National City, in the Sweetwater High auditorium (an acoustically sweet sounding room well worth checking out). The Revival just dropped their self-titled fourth full-length, recorded with Grammy-winning producer Ted Hunt of San Diego’s own Flogging Molly. The album was preceded by a total time machine of a single called “Busted” that features both the fiddle and acoustic bass filtered at one point through a wah-wah pedal. Tracks like “Honey I Love You,” with guest vocals from Keb’ Mo’, sound for all the world like they’re beaming in from 1970s FM, airing between tracks by Fleetwood Mac and Leon Russell. But it’s in concert where the band really cuts loose with a full raft of entertainment options, as evidenced by any number of homemade YouTube videos where the videographer captures shaky images, with everyone around them, including them, boogieing up and down to the music. 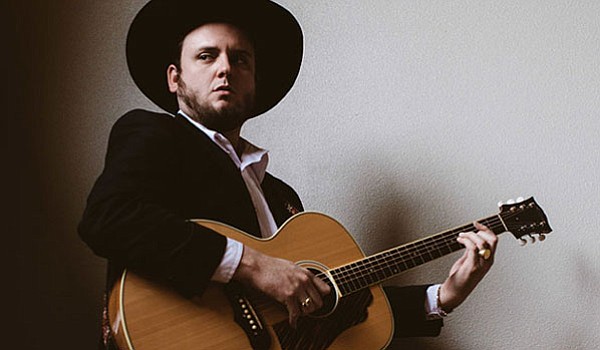 Just as loud-n-proud Texabilly rockers Sons of Fathers were finding a home in the rarefied Top Ten end of the Americana music charts, singer Paul Cauthen surprised many by walking away from the group in favor of an even louder solo career. On his album My Gospel, he digs all the way back to the harmonies and phrasing that he and his two sisters learned from their grandfather, a gospel songwriter known for working with Buddy Holly and Sonny Curtis. The songs aim for a Muscle Shoal thickness, layering on just enough horns and funky percussion to keep up with Cauthen’s adventurous vocal flights. Imagine Johnny Cash with something like a three-octave range fronting Dr. John’s band, and you have a pretty good idea what to expect at the Casbah on October 26. The bill includes the Texas Gentlemen, a Wrecking Crew–inspired roots-rock collective occasionally fronted by Cauthen (as well as Jonathan Tyler, Leon Bridges, and others). After an impressive debut EP earlier this year, their album TX Jelly drops in September, featuring guest vocals from Cauthen, Dan Dyer, Keite Young, and Noah Jackson. 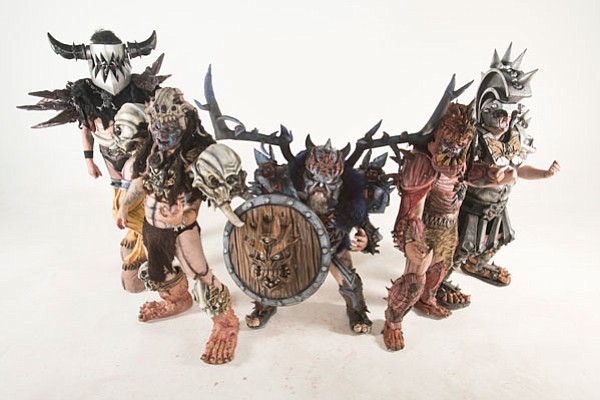 Gwar will kill things and play music at House of Blues

Costumed cartoon-rockers Gwar will release a new album via Metal Blade on October 20, The Blood of Gods, which they’ll be highlighting at downtown’s House of Blues on November 21. Of course all attendees can expect a mess, especially those seated close to the front of the stage where most (but not all) of the blood is usually spilled. However, it’s those who spring for the VIP access (only five sold per tour stop) who receive the full immersion experience. You get to pledge your allegiance to your otherworldly masters during soundcheck, where they’ll let you play one of their instruments and take photos with the band before showtime. You also get one souvenir item signed by the group, “crowd-free merch access,” and then a you’ll have a reserved spot in the slave pit in front of the stage from which to enjoy all the murder and mayhem right up until Gwar pulls you up onto the stage and kills you. That’s right, you get killed by Gwar. Now that’s something they don’t offer with many VIP packages. I bet Bono never killed any of his fans. Well, not onstage, anyway. The bill includes Ghoul, He Is Legend, and U.S. Bastards.