Thanks for the Grys-Grys, Loons 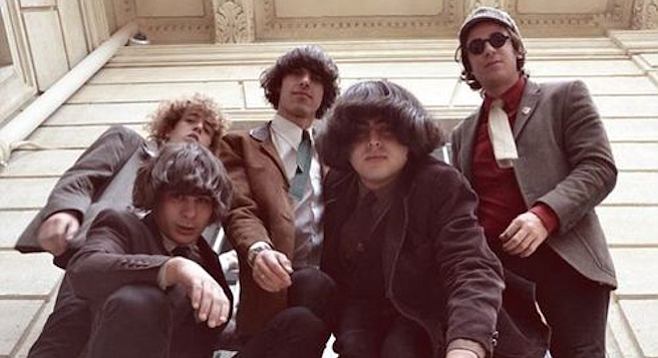 “We actually love them so much, we got them a whole tour in California, so that people can see them,” says Anja Stax, who can be thanked for bringing Les Grys-Grys, often billed as “the wildest R&B band in France,” to town for their first American date.

“We talked to them about coming to the U.S. to play, which is of course an expensive thing, to fly out five people.... Everything fell into place really quick, and we also arranged a few more dates for them in California and Nevada.” 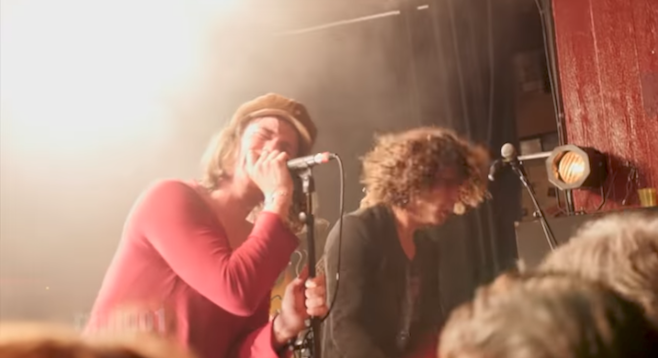 Stax met Les Grys-Grys when her band the Loons played festivals with the group in London and Spain. “A lot of our friends had already told us beforehand about this young French band who were a cross between the mid-'60s Pretty Things and Downliners Sect....

“They play the same kind of rhythm and blues that the early Rolling Stones and Yardbirds cut their teeth on in 1965, rooted in Bo Diddley and Muddy Waters, but with a huge injection of youthful energy and showmanship.”

Les Grys-Grys and the Loons

The opportunity to pay for the band’s trip to America arose when the Loons were asked to book the garage-band showcase at this year’s Tiki Oasis, held earlier this month. The two-week tour that began in San Diego wraps up when Les Grys-Grys appears with the Loons on Saturday, August 26, at the Space Bar.

As for their impression of San Diego’s music scene, bassist/singer Almir Phelgev says, “To us, if there’s a San Diego sound, that’s probably the sound of a ’60s guitar blasting through a fuzzy amp, from Iron Butterfly to the Crawdaddys, going through the Zeros and Manual Scan.”