“You won’t hear me rap about gold chains and Ferraris." 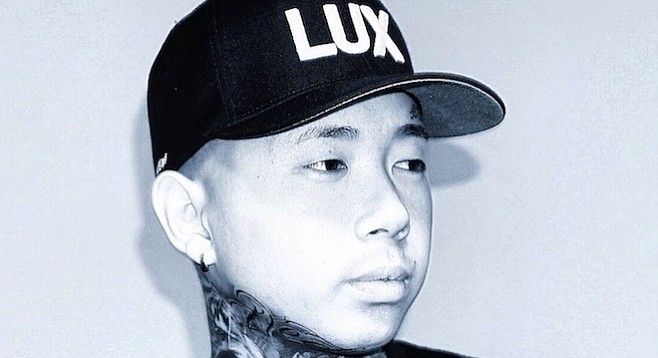 Rapper Heartbreaka got no support from his family.

“They hated it,” says the 23-year-old hip-hop artist who grew up in Southeast San Diego as Brandon Nambounmy. “They thought it was something Asians just did not do.... They just wanted me to go to school.”

But Nambounmy stuck with it, inspired by Asian rappers such as the Bay Area’s Yung J and Gee-Q from San Diego. He’s self-released three Heartbreaka albums. Last week he recorded tracks with local rapper Rob Stone (the subject of a recent Reader cover story) for his fourth album, due out in October. 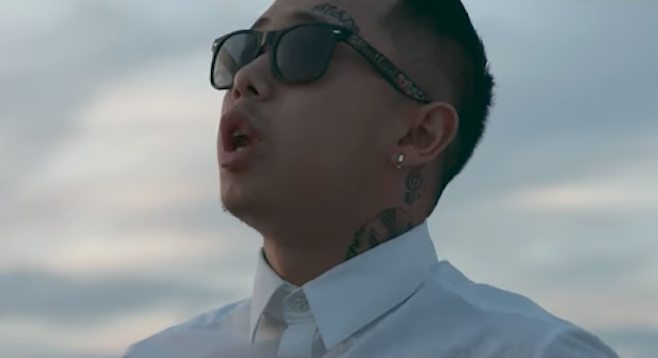 Nambounmy’s music has evolved from straight rap to a mix of pop, R&B, and hip-hop. His lyrics bounce from love songs to stories of gritty street life. “You won’t hear me rap about gold chains and Ferraris. No made-up bullshit. I rap about things I’ve been through.”

While his music doesn’t glorify gangsta life, “Many of my uncles were in gangs. One just got out [of prison] after 11 years. There’s been Laotian gangs in San Diego for, like, 35 years.”

He says he was 18 when he was discovered freestyling at a karaoke party by a promotional team called FoSho Entertainment from Kansas City. Nambounmy eventually moved on from FoSho but says the shows they set up for him over two years proved invaluable. “They put me on tours to Atlanta, Texas, Kansas City, and San Francisco.”

That exposure gave Nambounmy touring juice that eludes most other SD rappers. Last weekend Heartbreaka headlined a show in Ft. Worth, Texas; this weekend he’s playing in St. Paul, Minnesota. (“I get $2500 per show.”)

Nambounmy says that San Diego isn’t wired right. “When I played [UCSD’s now-shuttered] Porter’s Pub I had to buy $300 worth of $10 tickets. Instead of selling them, we gave them out. Then another 30 of my friends bought tickets on top of that. When I walked out after my set was done because I wasn’t old enough to stay in the club, those 60 people walked out with me.”

Porter’s Pub wanted more Heartbreaka. “They called me and said, ‘Hey, dude, you killed it.’ The promoter said I could come back and I didn’t have to buy tickets this time. I told him to forget it. Those were frustrating times.”

The last local Heartbreaka show was a release party for his third record at the Music Box last October.

“San Diego has dope artists and dope producers. I’m still trying to figure out why we support each other but all the other people don’t.... San Diego is not a cheap place to live. In Texas, people have more money to spend on other things like going to shows. San Diego is a DJ city. It loves its DJs and reggae concerts.”