“We have five records right now that we have started." 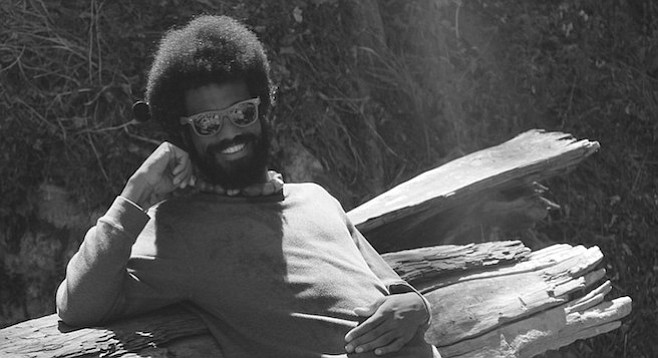 The Redwoods collective started its musical journey in 2015. Designed akin to a modern-day Muscle Shoals or Stax, the Redwoods use an in-house collection of session players that back the label’s individual artists. The label prefers to release limited runs of high-quality vinyl, utilize state-of-the art studios, and record to analog tape. In 2017, these are three pricey endeavors, so the ’Woods decided to run a Go Fund Me campaign.

“We have five records right now that we have started, and we have found that it takes about $5000, at least, per record to finish them off,” Redwoods cofounder Al Howard said. “To get vinyl, CDs, get it mixed and mastered, pay for the studio time, and get it all ready for digital distribution — that costs about five grand. We were hoping to just raise enough to put out these five albums and utilize some of that money to do a press campaign and have the first record we put out sort of feed the next record as much as it can.”

The goal is $25,000 and, unlike Kickstarter, the entire campaign will not fail if that number is not achieved. Among rewards offered besides vinyl and downloads, two unique offers are a “one of a kind art piece boombox” and, for $5000, “Alfred Howard and (label co-founder) Matthew Molarius will write a 12-song album for purchaser.” They’re really pushing a mid-level option that will give fans free access to the label’s output. For $80, you can get a lifetime digital subscription to all Redwoods releases.

Two years in, Howard feels that making music is the easiest part of running the label.

“It’s the distribution, licensing, and all that stuff that gets a little tricky,” he said. One tactic he stumbled upon to help spread the Redwoods word is playing their releases at his work, Cow Records, in Ocean Beach. He thinks this may be why Dani Bell has fans in Norway, Midnight Pine has a following in Australia, and Birdy Bardot has fans in South America.

“We’ve actually sold more than a thousand CDs at the Cow. It’s just me playing the records during my shift and people being, like, ‘What’s this? I like this.’ Since San Diego is, like, a tourist trap, we get folks from all over the world who come here and take the music away with them. That’s how we get some of our international fan base going.”