"The meth addicts gather up the craziest stuff.” 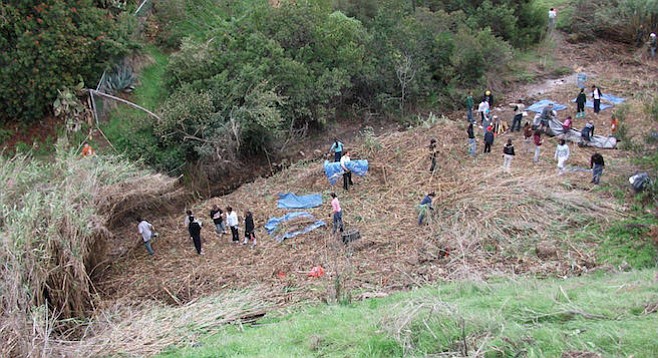 “In your cleanup efforts, did you come across any evidence of the fatal Maddux Air Lines Ford Tri-Motor crash of 1929?” asked Mike Gerow. “Contemporary news accounts cited Lexington Park, which I understand is in the Manzanita Canyon area.”

Last week, Gerow directed his inquiry to Linda Pennington because she was part of the 2016–2017 Manzanita Canyon cleanup (including Cooper's Canyon and Jamies Way), during which volunteers spent 5439 hours. 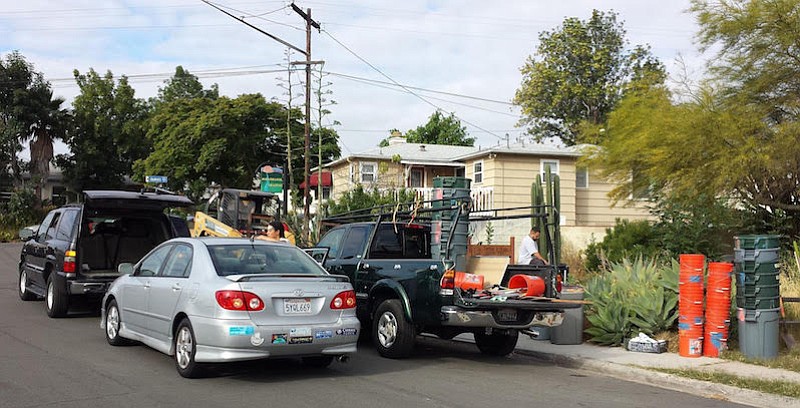 On August 13, she posted info about the statistics of their cleanup on her social media account.

“Thanks to everyone who has spent so much time in the canyon [and] both doing the heavy lifting as well as engaging groups of [the 1813] volunteers and students,” said Pennington.

Pennington, 68, works for San Diego Canyonlands as their City Heights community organizer. Prior to this, she started Project CLEAN to clean up City Heights (for 25 years).

“The numbers are pretty staggering,” she said, “but also a testament to what is possible with our coordinated efforts.” 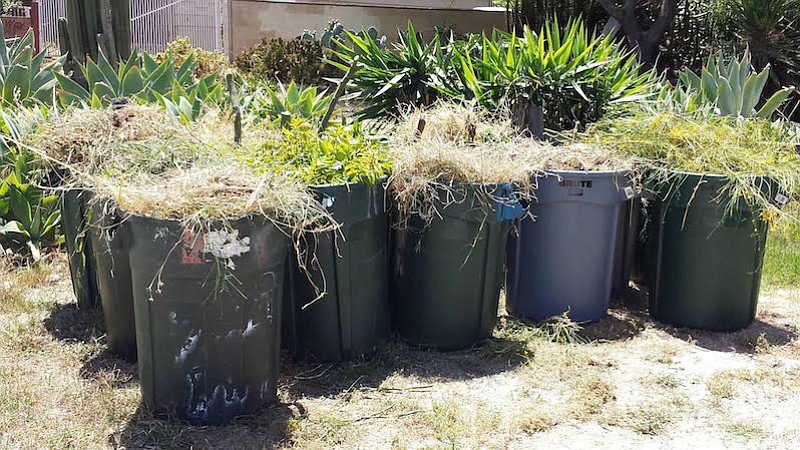 In a year’s time, volunteers pulled about 10.9 metric tons of nonnative plants and 8.3 metric tons of trash, which consisted of furniture, mattresses, plastic (bags, packaging, wrappers, and single-use food containers), and wood.

There were also auto parts, but Gerow said no one got back to him regarding remnants of the plane crash that involved a U.S. Army biplane almost 90 years ago.

“As a volunteer at the San Diego Air and Space Museum,” he said, “my interest is limited to the aviation history aspect of the Manzanita Canyon story…but [I] am glad that the canyon has been cleaned up.”

In June, some neighbors called the fire department about smoke they smelled in the canyon. Upon closer inspection, they found campfire remnants, video-game controllers, tents, and random odds and ends. 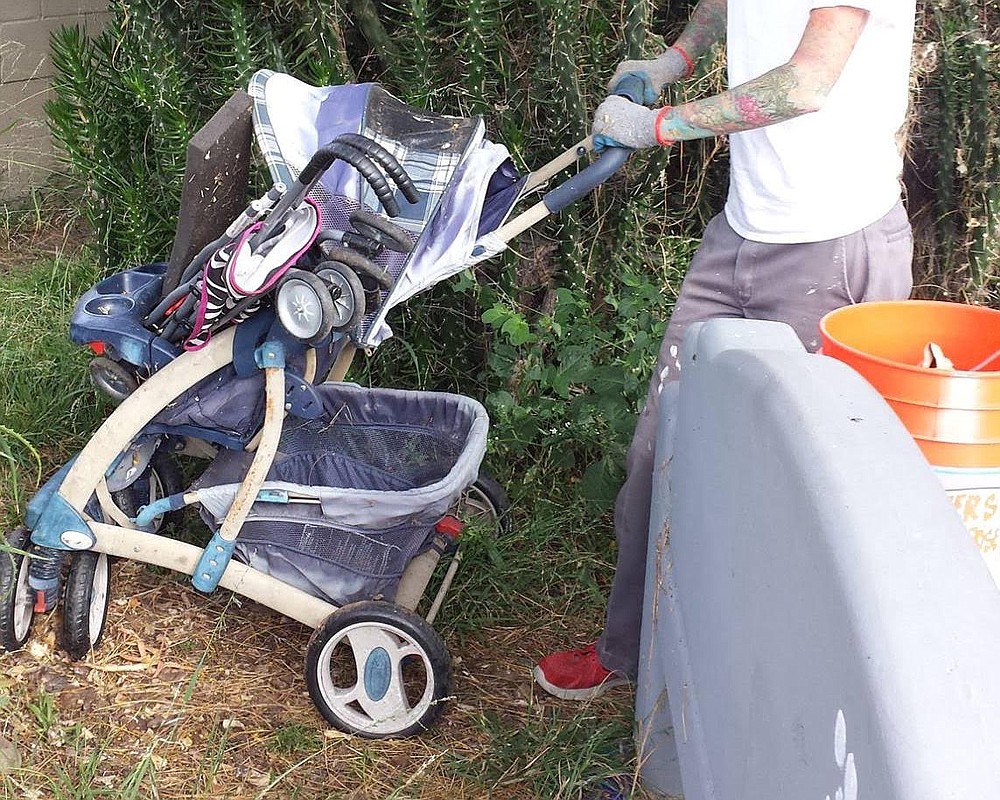 “Most of what we see are homeless impacts.”

“I even found a blown glass penis [and] it was full size,” Pennington said. “[It was] quite a piece of artwork…. The meth addicts gather up the craziest stuff.”

In the report, it states that debris from the homeless camps filled Jamies Way and spilled down to the middle of the canyon; 51 percent of the trash found in the canyon was plastic and 19 percent was lumber and man-made wood products.

“Most of what we see are homeless impacts,” Pennington said. “There is some illegal dumping sometimes by someone who can’t be bothered to drive to the landfill — but most of the mess is caused by transients [and they] almost all refuse assistance from our SDPD [Homeless Outreach Team] and Alpha Project.”

Pennington advised her neighbors around the canyons to report illegal dumping to the Environmental Services Department and to “note that [homeless] camps have to get a 72-hour notice [because] this is due to the city getting sued by the American Civil Liberties Union many years ago when [the] SDPD rounded up a bunch of stolen grocery carts and threw away the contents.

“[The Environmental Services Department] will not post until three days before they can schedule a crew and [also] note that [the department] is currently backed up with requests to handle camps for four to six weeks — and of course in the meantime, the camp will grow tenfold.”

Sandra Brooks has lived by the canyon her whole life. She, like Gerow, praises Pennington and her volunteers for their massive cleanups — including the animal and human feces left behind.

“Smells carry with the wind.” Brooks said. “You know there is open space property in my canyon and we have a park ranger. So why can’t they put some portable toilets down there for these people? I have been tempted to rent one myself.”

Pennington suggested taking photos of the dumpers and emailing the photos to [email protected] or calling 858-694-7000. The report also says that their plant restoration effort is off to a good start and that 85 percent of the 715 plants planted in the canyon during winter 2016–2017 survived the first few months.