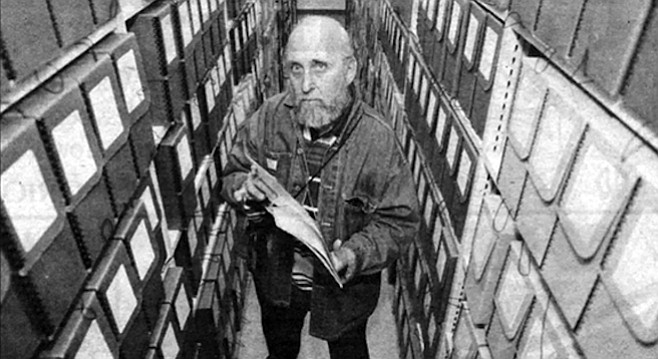 The Debris of What You Really Do

When I was in high school, the Summer of Love hit, and grudgingly I became a hippie, tried to pull off laid-back when in my heart of hearts I yearned to be an intense truth-seeker with existential angst. I went to college, moved to San Francisco, and became a writer of experimental narrative. Other than occasionally bumping into Gregory Corso, Bob Kaufman, Lawrence Ferlinghetti, and once Allen Ginsberg in North Beach coffeehouses, my beatnik dreams lay dormant. 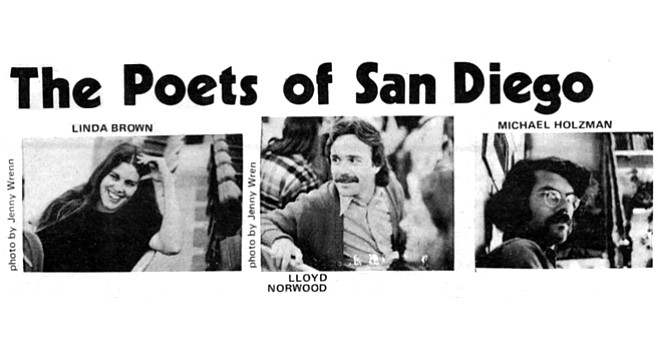 Brown: “My theory is that there is an image pool that all women at certain levels can tap into."

The Poets of San Diego

Little magazines have always been the focal points for writing activities in any area: San Diego is no exception. The problem here has been that of distribution. Since there is no central bookstore devoted to modem literature, access to small magazines is often difficult. Many of them are passed from editor to friends without reaching the larger public bookshops (this, largely due to the enormous share in receipts — 40%+ — demanded by shops like Pickwick and The Unicorn). 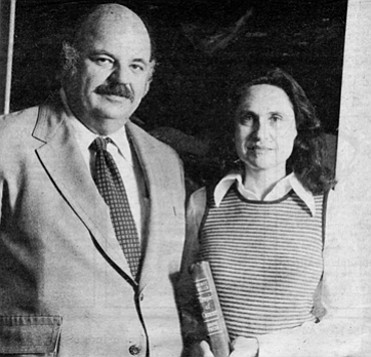 Gutfleisch and Widmer. I softened when he told me that the restaurant was owned by Martin Gutfleisch. Could this be the same man who had taunted me in the Tropic trial?

I appeared in a San Diego court room as witness for the defense of Lawrence and Geraldine McGilvery, owners of a La Jolla bookshop, the Nexus. They were on trial for selling obscene material, Miller's Tropic of Cancer. Prior to the arrest, a young police cadet had entered the paperback bookstore and insisted that he needed Tropic for a course in journalism. The ostensible student obtained a second-hand copy of Tropic for 50 cents. 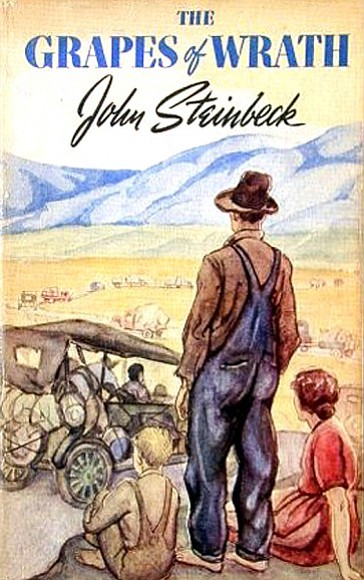 The Grapes of Wrath, said Benson, is far more than a propaganda novel or a social document. “It has too much art to it, too much depth."

The Right attacked Steinbeck on political grounds. The Right attacked Steinbeck for his attacks on powerful growers, for his assertion that all was not well in the United States. Disapproval from the Left began in earnest, Benson believes, with Cannery Row. “Which really made [leftist critics] mad because it treated the dispossessed — from their view — in a light way. They looked upon it as trivial. Leftist critics wanted him to keep writing The Grapes of Wrath.” 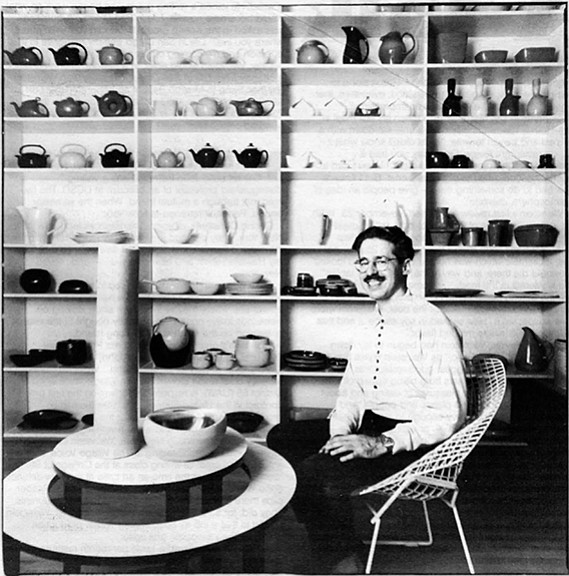 For his first Reader review, Weinstein chose the downtown Korea House — not, says Weinstein, that he knew anything about Korean food.

You Eat in the World

As a graduate student, Weinstein had little money for restaurant eating. When he did go out, where did he go? "A Chinese restaurant near route 5 at the end of Pacific Beach. Aztec Kitchens No. 1 and No. 2. In Tijuana, a Basque restaurant near the jai alai stadium. Future Foods, San Diego's attempt at fast-food health food. The Carnegie A440, a charming little restaurant on Carmel Valley Road in Del Mar.” 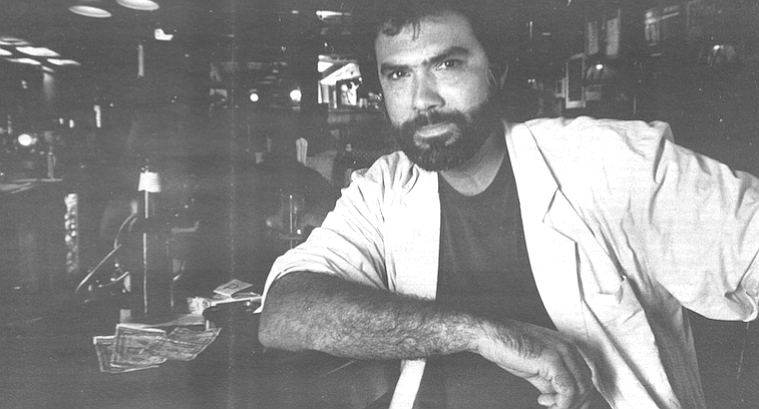 Someone had told me, about Brizzolara, that he’d run through the money he got for Wirecutter and the subsequent books. They didn’t tell me, however, about the Hodgkin’s disease.

Brizzolara recalled an evening when, together with three other suspense writers, he was invited to Grounds for Murder, a San Diego mystery bookstore, to discuss his work. “There was some controversy about Wirecutter. Phyllis Brown, the store’s owner, seemed concerned about the violence in the book. I took issue with her, suggesting if you open a bookstore which specializes in mysteries, you have to admit to at least a passing fascination with violence.”

How I Wrote My First Novel

Californians don’t curry much favor in the Heart of Dixie — particularly alcoholic San Diegans with bad attitudes. My initial attempts at flashy stories detailing the adventures of Golden State angst-mongers were received indifferently. So, after a stupid scandal and a messy divorce (another long story), I holed up to write my first real novel. Placing a sheet of fresh paper into my new electric typewriter, I typed the words “Happy Hour,” and a monster was born. 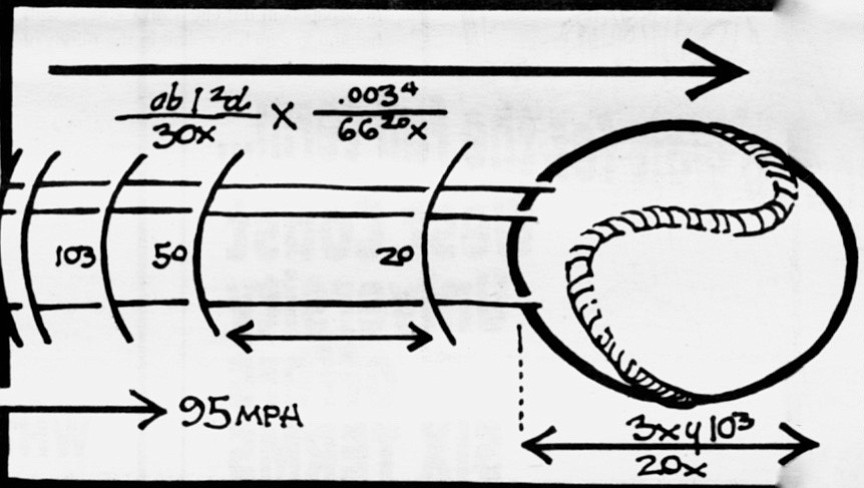 The mathematics of baseball

The Smaller the Ball

When after Gwynn’s sensational 1987 season he finished only eighth in the National League MVP voting, he succumbed to bitter thoughts. He began to think that in order to get the respect that any artist worth his salt craves, he would have to truckle to contemporary prejudices— he would have to start hitting home runs…. (But) during the winter of 1987-88. Gwynn decided to leave superb alone. He would settle for being the best Tony Gwynn in baseball. 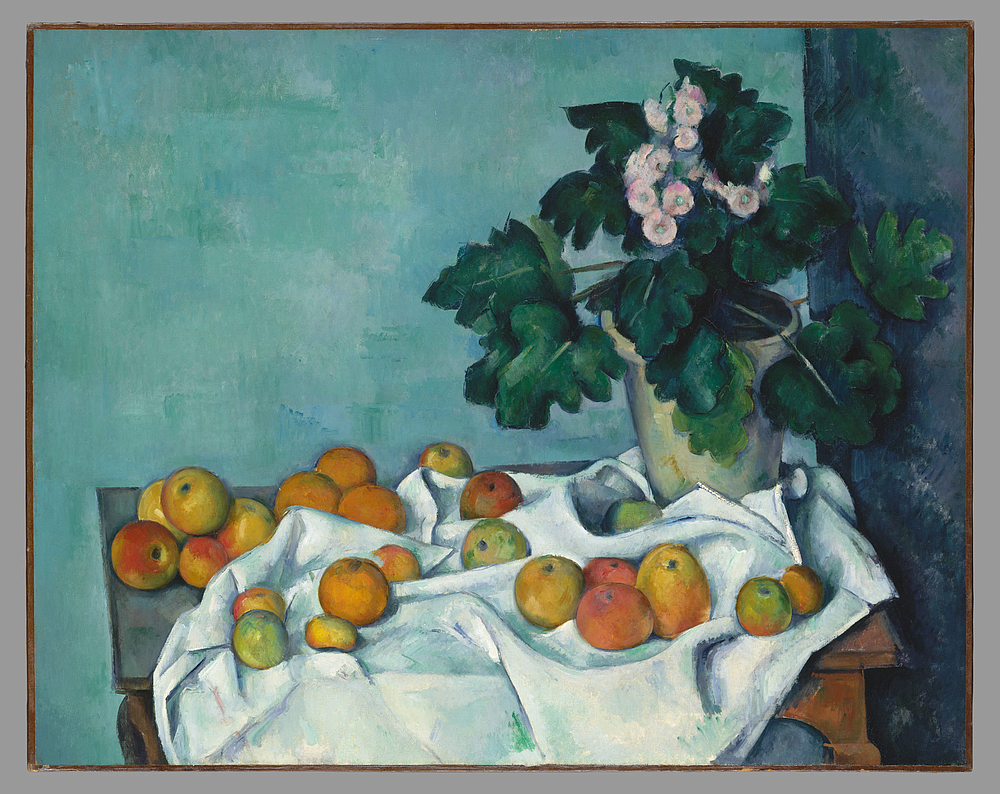 Still Life with Apples and a Pot of Primroses, Paul Cézanne

“It is often remarked that many of Edward Hopper’s paintings engender feelings of loneliness. It is assumed that such feelings are in response to narrative elements in the paintings, but in fact they are in response to certain repeated structural motifs. We often feel left behind, even abandoned, while something else in the painting, usually a road or tracks, continues. We feel caught in a wake that offers no possibility of catching up to whatever has departed.”

As a poetry fellow at Stanford after World War II, Gerlach found his mentor in Yvor Winters, the controversial critic and poet, who insisted good poetry possess a moral and rational dimension. At Stanford, Gerlach explains, he was "Winterized.” After Stanford, Gerlach spent time with other notables like the Black Mountain poet Paul Blackburn, Allen Tate, John Crowe Ransom, and Cleanth Brooks from the Fugitive Group. Gerlach was awarded the prestigious Hopwood Prize for his poetry. 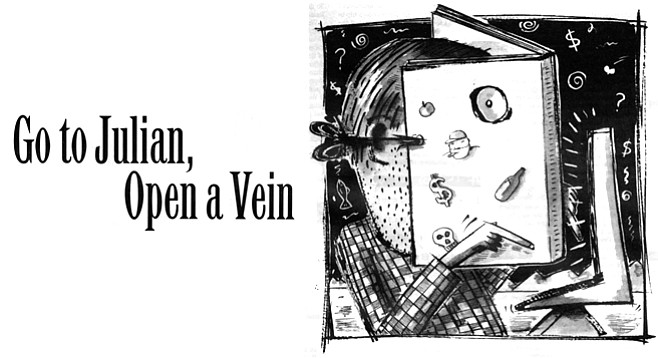 Thursday 4:00 a.m. Sat bolt upright in bed thinking: The novel stinks. Followed by the thought: You aren’t Poe, but you’re not Danielle Steele either.

Go to Julian, Open a Vein

Stoke up the fire. Try to read Hemingway. Letters to Pound, Maxwell Perkins, Archibald MacLeish, Fitzgerald. So much borrowing and lending of money to other writers, asking Perkins for advances. I wonder why it is writers are broke half the time; maybe it has something to do with the fact that if a writer is doing his job well the work seems effortless, and publishers are reluctant to pay for what appears to be so facilely done.