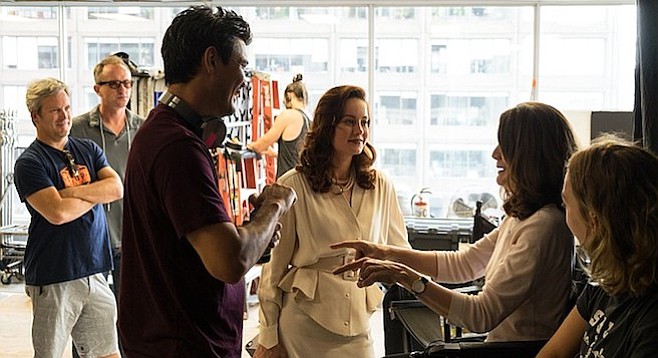 Flash back a decade: I’m working the counter at Citizen Video in South Park. Enter Destin Daniel Cretton, a lanky, well-scrubbed local lad in his late 20s with a DVD copy of Drakmar: A Vassal’s Journey in hand. 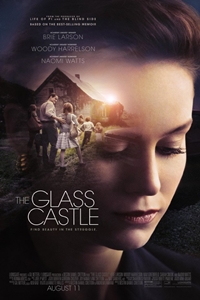 It’s not for sale. Nor does he want a cut of the rentals. Just to stick the disc on a shelf and see if anyone bites. Every filmmaker should have that kind of dedication. The night ended with a screening of the fantasy documentary, and in the weeks that followed I did my best to see to it that the film never spent a night in the store.

Next came the short version of Short Term 12. The time Destin spent working in a short-term facility afforded him tremendous insight into his characters. It’s a perfect little film, one of the finest shorts I’ve seen in the past 20 years.

Destin was sure to pack a DVD copy of the film when he attended the 2007 San Diego Film Critics Luncheon. Bennett Miller was there to pick up his best director award for Capote. You never know, you know? Introductions were made, and as Destin remembers, “I gave him a copy of Short Term 12, and two months later he called me. He said, ‘I love this. What are you guys doing with it?’ We were, like, ‘nothing.’ He called Sheila Nevins over at HBO, and they bought the movie.”

Cut to present day. Destin’s latest, The Glass Castle, opens wide this Friday. There are hospitals, slow descents into madness, dysfunctional families held together by all kinds of crazy love — everything one expects from a Destin Cretton film — only this time I found myself laughing. With humor comes added wisdom. It’s a side of himself that Destin’s kept hidden in his previous pictures. This time it’s okay to laugh through the tears. 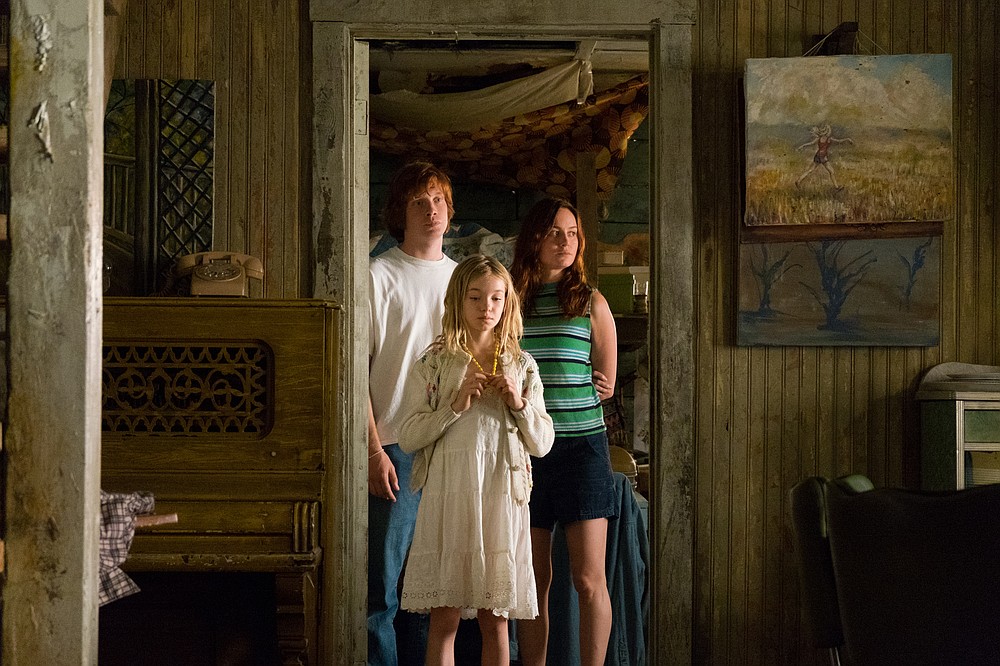 It’s a moving film about characters that make it next to impossible to come to terms with them. Even in its saddest moments, the storytelling remained strong. Even with four adorable kids at its center, not so much as an ounce of sentiment seeped through. It’s not often watching a movie fills me with a sense of pride, but in Destin’s case I was glad to make an exception. All great directors continue to move forward. Destin has matured not only as a filmmaker but as an artist.

One can understand Lionsgate’s reluctance to arrange for an advance screening of Boo 2! A Madea Halloween for the press. It doesn’t need our help. Come to think of it, neither should a premium family melodrama starring a never-better Woody Harrelson and Naomi Watts. If nothing else, a sneak peek of The Glass Castle in director Destin Cretton’s hometown seemed in order. Thanks for making it happen. 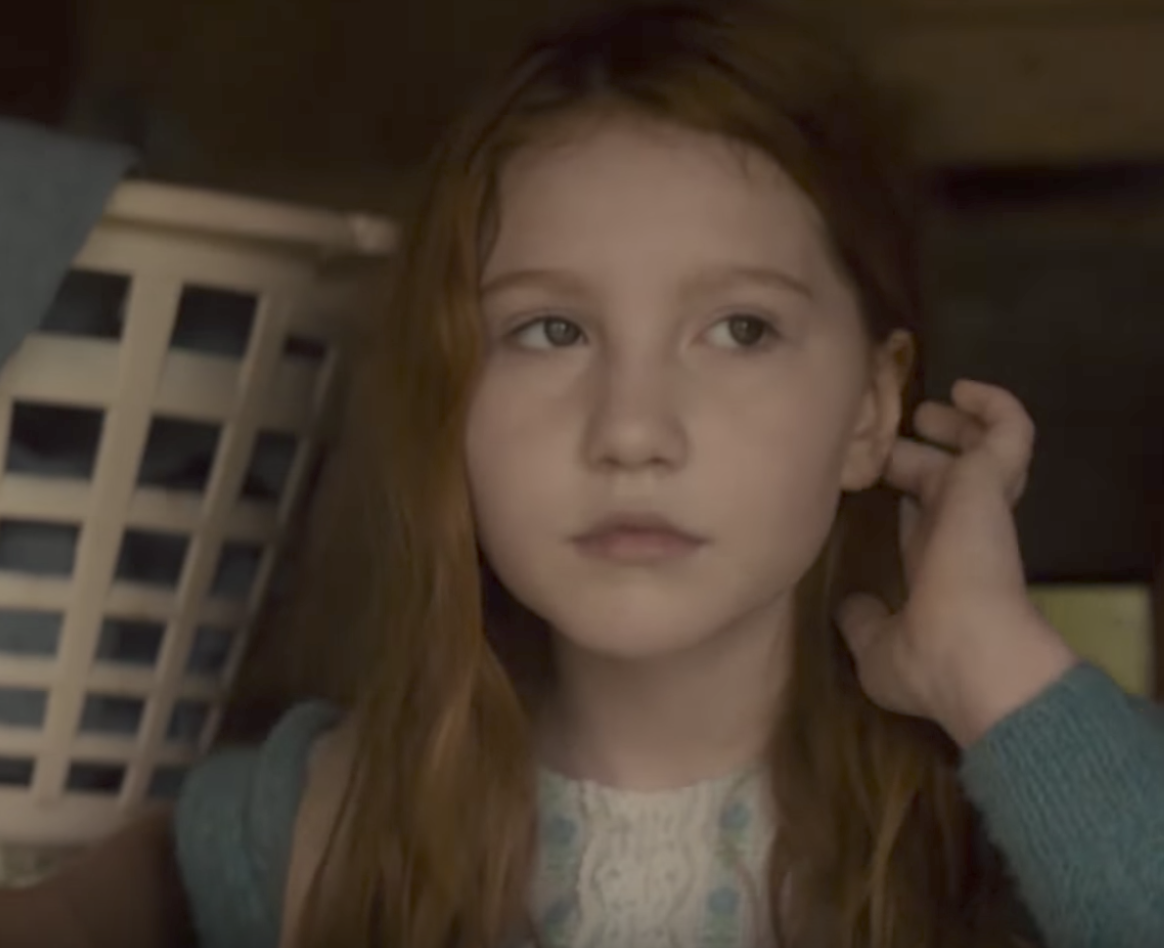 Scott Marks: What do you miss most about living in San Diego?

Destin Cretton: Ortiz’s Taco Shop. It’s in the Point Loma area. Right next to Point Loma High School. If you like shrimp, order a shrimp California burrito but don’t add the carne asada. It’s not on the menu. I’ve been ordering it since they opened back in 2008 or so. When we were editing Short Term 12 the short I lived three blocks from Ortiz’s. We were one of their first customers when they opened.

SM: Did you find Woody Harrelson to be surly and disagreeable now that he’s laid off pot?

SM: The biggest step forward — and there are many — is for the first time you reveal a sense of humor.

DC (Bursts out laughing): Wait! You don’t think my other movies have a sense of humor?

SM (Laughing): When did you first come in contact with Jeannette Walls book?

DC: It was given to me by producer Gil Netter. When I first started reading it, honestly the humor was a huge attraction to me. The way that she describes these devastating events from her past with a tone of absurdity and humor is exactly how me and my siblings talk about the crazy things we experienced in the past. That’s what makes the book so readable and enjoyable, even though you are reading these things that could easily just depress the hell out of you.

SM: I don’t think I’ve ever asked how you and Brie Larson were drawn together.

DC: I met her over Skype. She was on the set of The Spectacular Now, and we sent her the script for Short Term 12. She got on, and we had a conversation about it, and I instantly felt that she was the one for the job.

SM: How has directing changed now that you are working with a bigger budget and a larger cast?

DC: Truthfully, there are a lot of things that are different, but it’s exactly the same. No matter how much money and people are standing around, it still just comes down to an actor and a camera. That’s the only way I don’t have anxiety attacks all the time. I have to remind myself of what’s in that frame and try and make it as good as I can. When I think of it like that, shooting a movie becomes possible in my brain.

SM: Rex died not long ago, but you got to know the real-life Rose Mary during the shoot. What’s your take on the Walls as parents?

DC: It hard for me to pass judgement on them as parents because all of their children are doing pretty good. I kind of leave that specific opinion up to them, and they each have their own view on how they define the plusses and minuses of their upbringing. If you did talk to Jeanette, she obviously is not naive to the f––ked-upness of her childhood. She doesn’t regret anything. She sees it all as a piece of where she has happily ended up. I think that’s a beautiful thing about her. She honest about who her parents are, but she doesn’t pass judgement on them. She’s learned to have not had to look at them as parents but as damaged people. They did a lot of s––tty things, but they constantly amaze her and me with the things that come out of their mouths that have so much wisdom and love connected to them.

SM: This is by far your darkest-looking film to date. There were moments where I thought I was watching a noirish ’50s melodrama.

DC: [Cinematographer] Brett [Pawlik] would take that as a great compliment.

SM: As it was intended.

DC: He was definitely wanting to push certain scenes as dark as we can to make people lean in a little bit. In a few cases he actually went a too far and the producers were, like, “That’s too much.” In a lot of scenes you’re playing with just one light source. A lot of it was trying to emulate...one of the first scenes between Jeanette and her dad there was just the source of the campfire. We tried to emulate that and a few other intimate scenes. One was just the light source coming from the lamp on the desk when she stitches her father’s arm.

SM: This is your first time shooting in ’Scope. Why this film and will you ever shoot spherically again?

DC: Brett and I really liked it. I’ve never shot anamorphic so it was a learning thing for me. Brett has, so he was teaching me. I made tests with all the different lenses and the different flares they do and the room that you get on the sides of the frame. A lot of things are different. Typically, to get a similar shot you have to have the camera a bit closer to the actors. For this movie, there’s something about that format that not only lent itself to the grander landscapes we were creating to represent the wild of Rex and the world he was desperately trying to pass on to his kids. There was also something about it that felt right for those simple scenes where it’s just one actor’s face and another actor’s face and a very slow push on both of them throughout the entire scene.

SM: At any moment, this subject matter could easily have slipped into Lifetime Channel material.

DC (Laughing): Yeah. I think you can say that about every movie I’ll ever make.

SM: I hope everyone sees this movie. And this time, I only have nice things to say.

DC: But did you see a couple of those hand-held scenes I threw in for you?

SM (Pretending to turn sour): Yeah. I didn’t want to mention them, but there were a couple. [There was one at the 12 min. 36 sec. mark and another 28 minutes and 11 seconds in.] In each case, they fit the scene perfectly!

DC (Laughing): There was a reason for it this time. You’ve got to link to the first interview. When I found that article and saw that I said, “Dude! I like subconsciously totally did exactly what we talked about.”

SM: There’s a scene where young Jeanette has to sew Rex together and I’m thinking, Great. We’re taking the Rambo route to character building. I hate those scenes. They make me queasy.

SM: You handled it with such grace that I never once had to avert my eyes. What’s next?

DC: I’m finishing a second draft of another adaptation of a memoir called Just Mercy that Michael B. Jordan’s attached to star. It’s looking that it will be the next thing. It’s one of those books that I read and it just slaughtered me in a really great way. Again, it’s a story with a subject matter that should be depressing. It follows a young, black attorney — a Harvard grad — who moves to Alabama to work with death row inmates. He’s been doing it since the late ’80s. It’s one of his early cases where he’s fighting against this wild system to prove a man’s innocence. It’s told through so much love that it surprises you. These scenes that you feel you’ve seen so many times, but the way that [author Bryan Stevenson] describes these characters, it actually feels a lot like Short Term 12. There’s so much love between these characters.