From time to time, alligator sausage makes an appearance 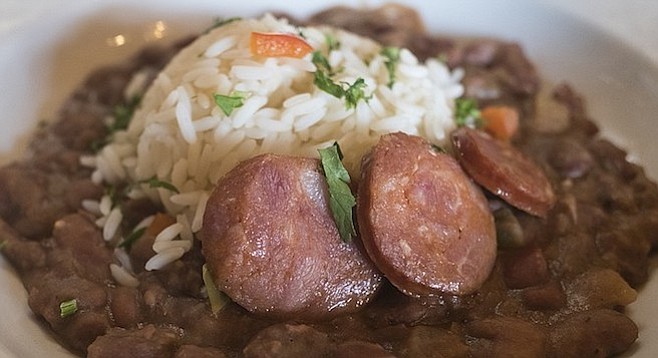 Between Emeril’s “Bam!” and the House of Blues chain Disneyfying the concept of a bayou restaurant, I’ve subconsciously come to expect all Cajun eateries in California to be in some way larger than life. Bud & Rob’s New Orleans Bistro set me straight. The pleasant, low-key place quietly pumps out tasty spicy and savory recipes from down Louisiana way. 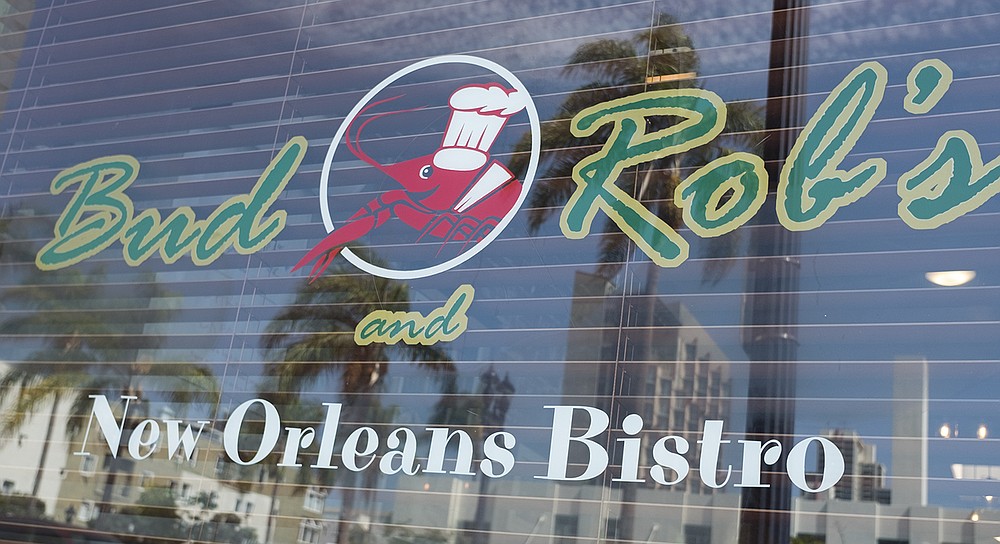 The Bud in the equation hails from New Orleans originally and is the same guy behind Bud’s Louisiana Café in Kearny Mesa. He’s started ten other restaurants around the country. This East Village offshoot was briefly called Bud’s Louisiana express prior to adding Rob’s name to the marquee. Rob tells me that the places are related but not entirely the same and that Bud has a tendency to sell his restaurants to employees. 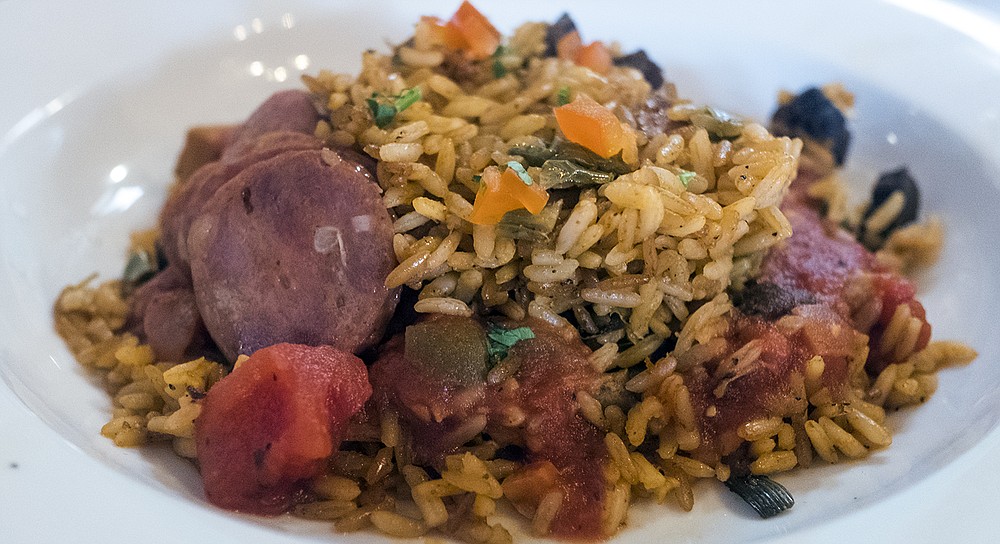 The “Cajun trinity” adds flavor to this jambalaya

From time to time, alligator sausage makes an appearance. Like the andouille, Bud & Rob source this sausage from K Paul, the brand founded by Louisiana’s original celebrity chef Paul Prudhomme.

Slices of andouille topped two of the small plates I tried: a creamy red beans and rice and jambalaya. I also delved into a chicken-and-grits dish that smothered cheesy grits and chicken thigh with mushrooms, peas, and a thick beef gravy. A friend lunching with me spooned well-cooked whole shrimp and crawdad chunks out of a moderately spiced gumbo.

The jambalaya was an obvious winner, with diced chicken, sausage, and ham mixed into a dirty rice seasoned with creole spice and a base of the “Cajun trinity.” That’s a twist of French cuisine’s aromatic, cooked-down mirepoix of celery, onion, and carrot. The Cajun take swaps carrot for green bell pepper.

The surprise favorite for me was the red beans and rice dish, which is also served in a larger portion as an entrée with the smoked chicken. Whether served with chicken thighs or the andouille medallions topping the small plate, the appeal starts with the savory, saucy beans with earthy low-level spice backed by the aforementioned trinity.

I haven’t tried any of the po boys, but I aim to grab a sandwich on the go sometime soon, as the “express” component of the place stands despite the name change. Though open later for an early Friday or Saturday dinner, most days Bud & Rob’s primarily focuses on lunch, closing at 3 pm. And while you may hear music playing through the restaurant’s overhead speakers, don’t expect it to be delta blues.