Last week's fishing was off the hook 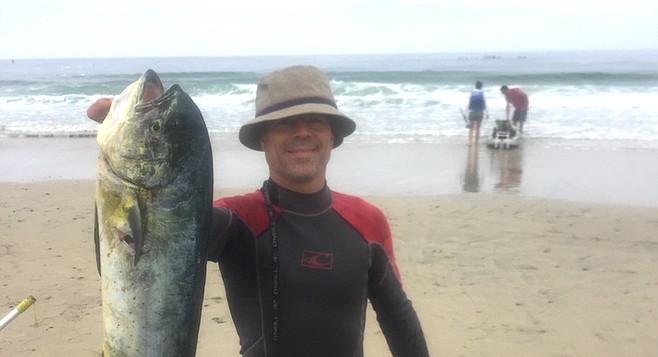 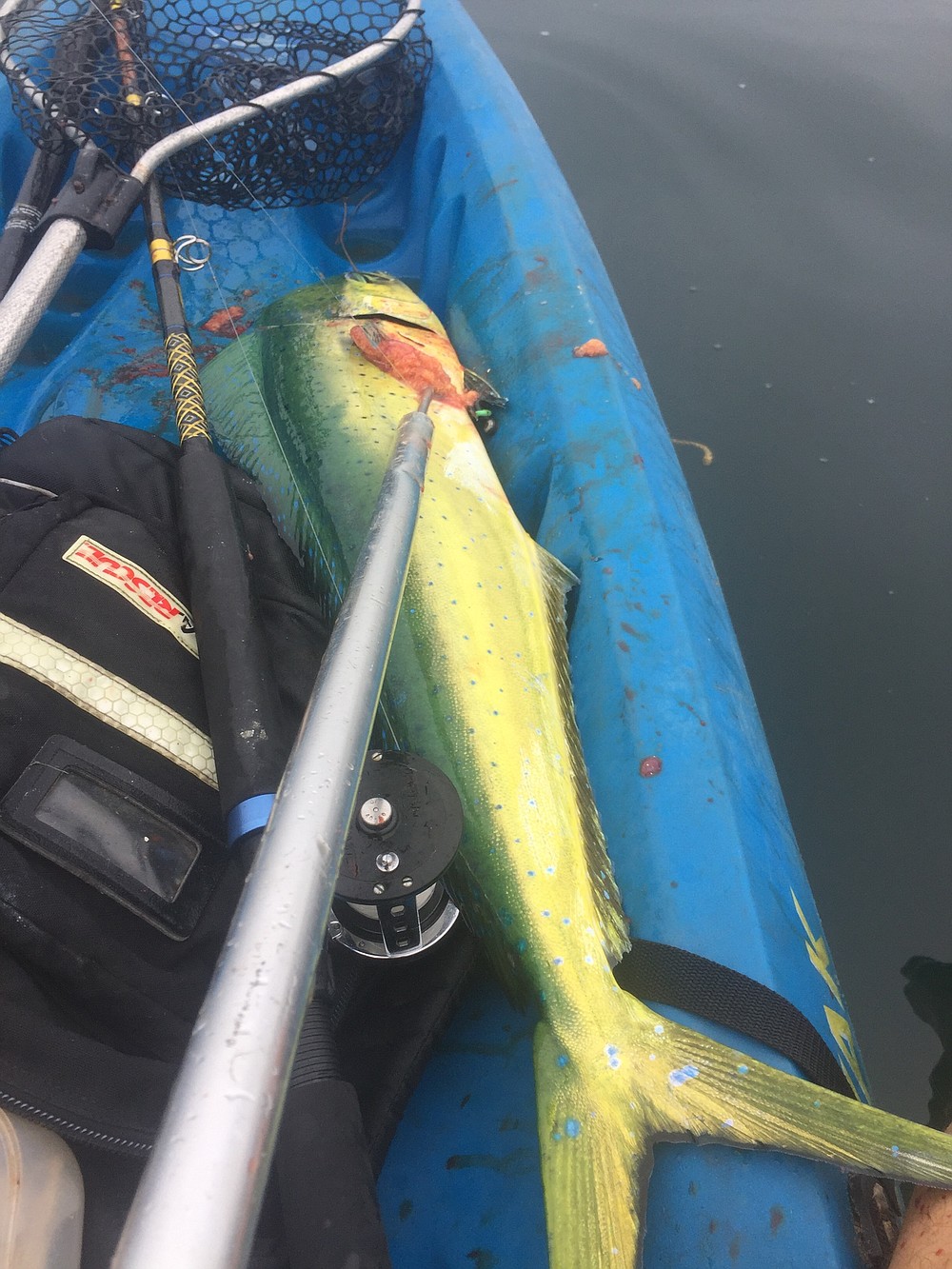 Kayak-caught dodo. The amount of dorado caught this week doubled.

Saltwater: If the week previous was great fishing, last week was off the hook. Fish are ranging in size from scrappy little dorado and football-sized yellowfin tuna to bluefin tuna from 25 pounders up over 300 pounds; anglers are often outclassed when the brutish bluefin bite. Normally, the captain will recognize the meter marks and advise everyone to break out the heavy gear; not everyone does. A lot of the larger fish hooked have never been turned or made it to the gaff. If going out on a trip of three-quarter day or longer, be sure to bring at least one 60- to 100-pound set-up for live bait or jig. Flat falls have been the hot lure on the large bluefin when deeper in the water column, kited or fly-lined baits when the fish are up rolling on the surface.

The yellowfin and bluefin tuna numbers went up nearly ten-fold over the previous week, the amount of dorado caught doubled, and yellowtail count was about the same at over 15,000 fish for the week. The tropical-like trend continues offshore with a bit of skipjack tuna out along the temp breaks in the 70- to 74-degree water along with an occasional tailing striped marlin. Inshore, the calico bass continue to bite well off the kelp edge while halibut and sand bass are active in the sandy spots between the reefs. The high spots in deeper water are producing good rockfish, whitefish and lingcod, though most folks are targeting yellowtail and white seabass in 80 to 120 feet of water.

Dorado are ranging everywhere, even into the inshore waters. La Jolla has been good for private boaters and kayakers;many of the latter hitting the beach with multiple yellowtail and an occasional “tanker” white seabass. Another rare catch to report as the season charges on in record fashion: A couple of dorado were caught by kayakers out of La Jolla within a mile or so of the Children’s Pool. All signs are good that the excellent fishing should continue through summer and into fall.

Top boats of the week: Have to go with the short trips this week. With so much good fishing out there every day inshore and near-shore, the ½ and ¾ day boats are providing anglers with a good opportunity at yellowtail and tuna for minimal cost.

August 4 — 40 anglers aboard the Pacific Queen ¾ day run caught 145 yellowtail, 23 bluefin tuna, 75 bonito and 9 calico bass. The Fisherman III returned to the dock from a ¾ day run with 50 dorado (limits) and 17 yellowtail for the 25 anglers aboard.

July 31 — The New Seaforth returned to the dock with a great mixed bag of 18 yellowtail, 84 calico bass and 1 bonito. The 39 anglers aboard the ½ day run also released 160 calico bass.