Rancho Santa Fe is home to the county’s top donor 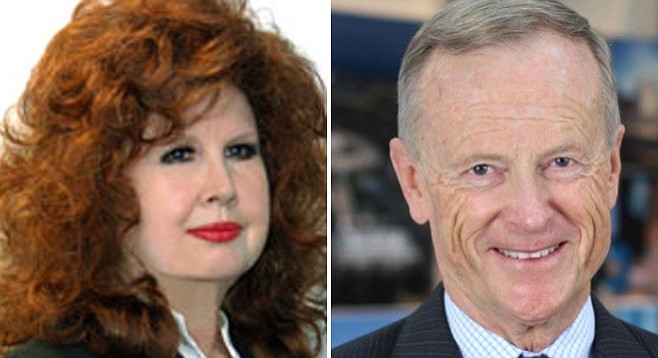 President Donald Trump may not be the most popular politico on the Left Coast, but San Diego County’s super-rich enclave known as Rancho Santa Fe is continuing to produce much of his California campaign cash, some of it derived from selling American assets to foreigners.

Topping the list of locals is Sharron MacDonald, widow of Steve MacDonald, cofounder of CD-adapco, a multinational engineering software development outfit. After her husband died in September 2015, MacDonald became interim CEO just long enough to sell the company to Germany’s Siemens for $970 million in January of last year, a price reportedly five times revenue. On June 29, campaign reports show, she came up with $50,000 for the Trump Victory fund, making her the county’s top donor to a single campaign cause.

The casino-owning Sycuan Band of the Kumeyaay Nation came in second, giving $33,900 each to the Democratic Senatorial Campaign Committee and the National Republican Campaign Committee. Neal Blue, proprietor of military contractor General Atomics, maker of aircraft-carrier equipment attacked by Trump in May, was next with $25,000 to the Rodney Frelinghuysen Victory Fund. The 12-term New Jersey Republican congressman chairs the House Committee on Appropriations, where he holds sway over all defense spending bills.

Gee rich people supporting Trump. The idiots who think that he is looking out for them are just plain stupid.