“Hopefully we’ll find a place to live after the baby arrives.” 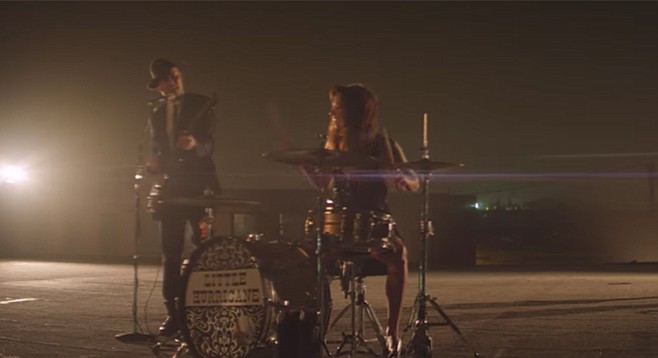 “I think it’s safe to say I’ll be the only pregnant drummer playing at Kaaboo,” says C.C. Spina of Little Hurricane. “I will be almost nine months pregnant. That will be our last show of the year.”

Little Hurricane appears September 15 at Kaaboo, joining Pepper, One Drop, and Trouble in the Wind as bands with local members to play the Del Mar fest.

Spina and her bandmate/lifemate singer guitarist Tone Catalano just embarked on a 16-day tour of Europe; it will be their fifth tour of Europe, their second this year.

While they still consider themselves a San Diego band (they both moved here in 2005 and launched Little Hurricane in 2010), Spina says all their touring means storage pods have substituted for a permanent home.

“Hopefully we’ll find a place to live after the baby [boy] arrives.” The couple recorded the preliminary tracks for their third original album Same Sun, Same Moon earlier this year. It’s released by the Netherlands’ Mascot Records. “We kind of created our own studio [in Alpine].”

"Isn't It Great," by Little Hurricane 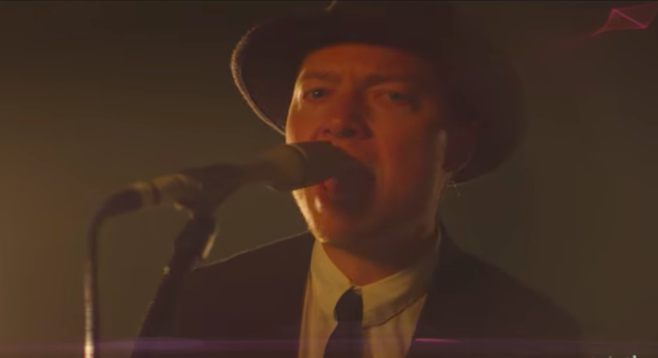 Being just a duo, she says, simplifies matters: “He focuses on songwriting, the artwork, and I focus on marketing. It certainly helps that there are two people. I don’t know how other bands tour and not go into deficit.”

The last local Little Hurricane show was a sold-out Belly Up headlining show in May. But it’s their non-stop-touring (including the Summerfest, Lollapalooza, SXSW, Austin City Limits festivals), commercial jingles (four Taco Bell ads) and movie/TV soundtracks (Gossip Girl, ESPN) that helped them break out.

“Our first break came at our first SXSW in 2011. We didn’t have management or a booking agent. We had never been to Austin. When I got there I realized we were playing venues that were not downtown that were completely irrelevant to the festival. We printed flyers and burned CDs and went downtown and marketed ourselves. We had other friends who spent a lot of time at SXSW partying. You need to hustle....”