How to give your money away

... and other tips from readers 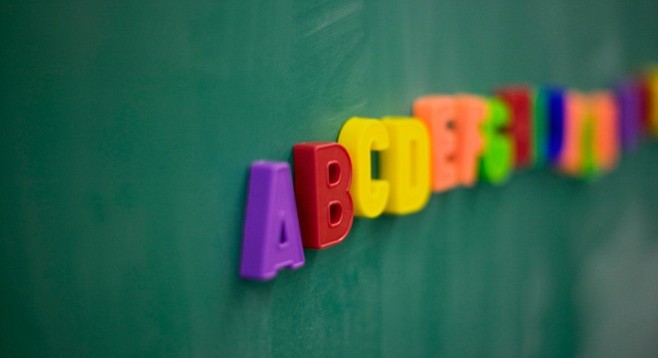 I read with great interest Tom Larson’s article about San Diego’s wealthiest residents and biggest charitable donations). It was an informative and well-researched piece which revealed an uncomfortable truth: People at the top of the wealth pyramid actually give less of their money in proportion to their earnings than those toward the bottom. 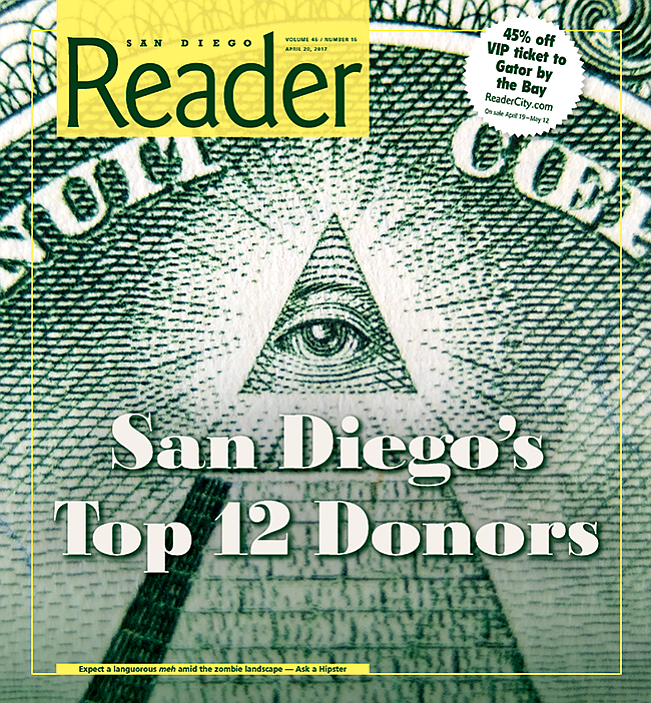 The good from the all-beef-patty empire and others.

The sophistication of planned giving today means there are other ways to measure such contributions. A wealthy couple might give a relatively small proportion of their annual income to selected charities, but establish a charitable trust or other vehicle with substantial assets which can be doled out on a regular basis. Or, alternatively, invest the money so that it will accrue during the lifetimes of the couple and then be disbursed to selected charities after their deaths.

In my own case, due to a number of unexpected windfalls over several years, my wife and I felt it best to establish a charitable trust which follows this last model of giving. We do give out of our own pockets as well, but feel comfortable about the choice we have made. Our goal, assuming one or both of us live for several more decades, is to give away half of our total net worth, most of it via the charity. And we’re certain that when we inform our kids of this decision, given the way we have raised them, they will have no objections to the plan.

It’s a Hot Rod. Get Over It

Basically, a lowrider is a hot rod. A hot rod covers a lot of different types of vehicles. It’s a hot rod. They didn’t have a class for my rat-rod.... Is this a racist thing? It’s a hot rod. Get over it! What do they want to do, sue for civil rights violations?

This Is Not Rocket Science

Am I reading this correctly? In Neighborhood News there are mothers with children worried about homeless people in the park next to the elementary school in Normal Heights (“Mom Reacts to Homeless Spillover”). They also must push baby strollers over jagged broken sidewalks with sharp metal sign poles protruding upwards, menacingly threatening their daily walks, just waiting to slice open someone’s leg or impale them during a trip and fall (“Sidewalk Danger All Over Town”).

On the same page, in Hillcrest, business owners are talking about the possibility of creating a service to accompany customers on the safest route wading through the defecation piling up on the sidewalks from the rows of homeless people forced to sleep out on the cityscape (“Special Assessment to Take Care of Homeless?”). Meanwhile, the mayor is paying $75,000 a year on PR!

Get it together, San Diego! You know what sounds like a better use of $75,000 a year? How about some more homeless shelters or, better yet, low-income affordable housing? And I’m not talking about the kind where some out-of-area developer builds a high-rise and sets aside three cheaper apartments. I mean apartment complexes for homeless families with kids, and another for veterans, and one more for everyone else! Maybe a community outreach coordinator or two that helps homeless people get job training?

Here’s a thought. Let them move in free under the condition that they attend classes sponsored by the city where they are trained in sidewalk cleaning and jagged sign post removal. Then pay them enough to cover their low rent and have a little something to eat with too. This is not rocket science. It’s not charity either. It’s called managing the needs of your city. Sales taxes should be used to pay for these things instead of a videographer to follow the mayor around while he talks about making bugs and solar panels fun for kids or whatever other fraudulent nonsense he’s trying to portray.

Get a fee from all those high-rise developers that donated to your campaigns. I am sure they would throw you a bone for your friendship and loyalty as their enabling public servant. Make them pitch in.

I’ll tell you what does not help the situation? Handing out tickets for illegal camping! 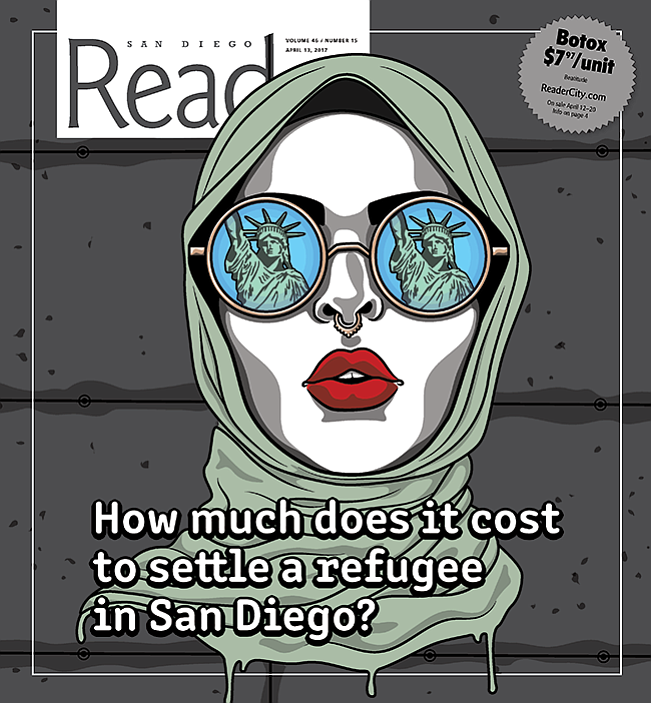 Day at the beach can't come too soon

Consequences of Our Mistakes

In response to negative comments about Iraqi refugees (“How Much Does It Cost to Settle a Refugee in San Diego?”), we must remember what four-star general Colin Powell, Secretary of State during the George W. Bush presidency, said about the invasion of Iraq: “You break it, you own it.”

The USA has played a crucial role in the destabilization of the Middle East — we must assume the consequences of our mistakes.