American Tuna ties for first, but not Chicken of the Sea or Bumble Bee 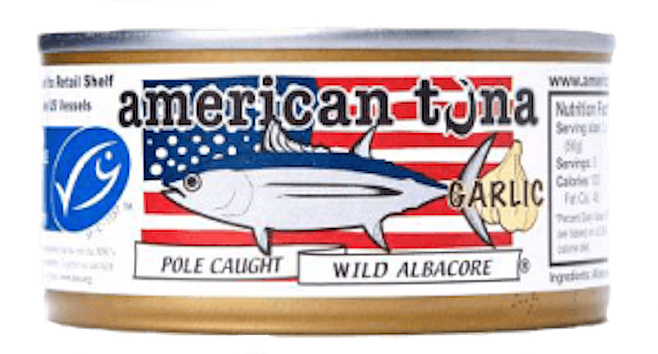 San Diego's tuna canning companies are both the best and the worst, according to a new report from the environmental advocates at Greenpeace. 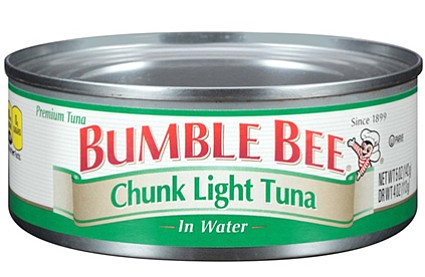 The best: Bonita-based American Tuna, which ties for first place among the sustainability rankings of US tuna canners. The boutique firm has grown in recent years to supply the Whole Foods grocery chain, first in San Diego and now nationwide. Greenpeace applauds the group for its commitment to canning pole-and-line caught fish, which it says is "a turtle, shark, and seabird-friendly fishing method." 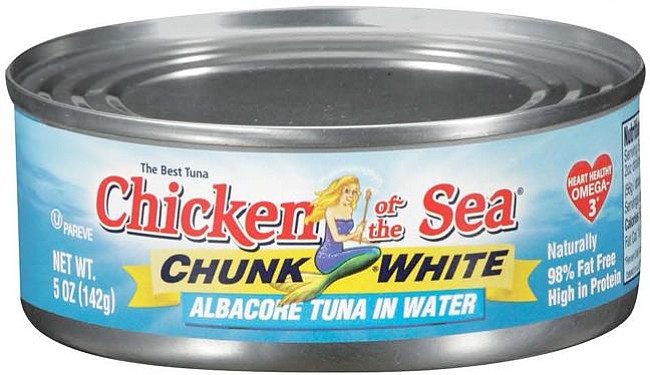 "Chicken of the Sea has an edge because it's owned by the world's largest tuna company, Thai Union."

American also gets high marks for its support of small-scale fishermen and its commitment to accountability, offering can labels that allow consumers to trace their fish back to the vessel that landed the catch via website.

The same can't be said for two other San Diego-based tuna companies, national powerhouse brands Chicken of the Sea and Bumble Bee.

"Despite all of their claims, Chicken of the Sea and Bumble Bee don't offer any responsibly-caught tuna under their flagship brands," Greenpeace USA oceans campaigner David Pinsky tells the Reader. "Bumble Bee has recently introduced pole-and-line-caught skipjack tuna under its Wild Selections brand, but it's such a small percentage of its overall supply chain."

Both Chicken of the Sea and Bumble Bee have significant real estate on their webpages devoted to promoting sustainable fishing, but the companies also declined to respond to a survey regarding real-life practices aimed at attaining those goals, Greenpeace said.

"It's a case where the rhetoric, the policies aren't a reflection of what's showing up on shelves nationwide," Pinsky continued. " They're fishing using destructive methods that kill vulnerable marine life including sharks, rays, turtles, juvenile tuna. There are questions about the health of the stocks that they fish from. They both rely on practices like transshipment at sea that are associated with illegal fishing and human rights abuses. Both brands are part of industry-funded groups that seek to maintain lower standards and the status quo."

Pinsky went on to describe some of the practices his organization is petitioning commercial fisheries to curtail.

"Using purse seines or FADs (fish aggregating devices) are highly indiscriminate, as is long-lining, where you could have thousands of baited hooks on a line that could stretch up to 100 miles. You have this massive net that's catching not just tuna, you have a ton of by-catch using these methods."

One of the significant problems the industry faces in addition to limiting the incidental catch of non-target species or immature tuna, Pinsky says, comes from transshipment of catch. The transshipment process involves a larger ship visiting smaller tuna boats at sea, loading and shipping the catch so the boats can remain out longer between trips home to drop off their cargo. A "ship to shelf traceability system" like the one American uses could help, he says.

"You want to have a strong chain of custody throughout the supply chain. When we see these global scandals about human rights abuses in the seafood industry, transshipment at sea it creates conditions where vessels can be out on the high seas for months or years at a time," Pinsky continued. "This makes it practically impossible to have that chain of custody – a vessel could be engaged in illegal fishing or conditions where migrant workers are trapped on the vessel. When you have trans-shipment, even when a vessel has been doing everything legally and a larger ship comes to take that catch back to port it can become commingled with 'tainted' fish."

"That's completely the opposite of what we see companies like American Tuna doing. They have very strong public policies and commitments to educate consumers, only source from the best catch methods such as pole-and-line, and to advocate for changes industry-wide and globally. We'd really love to see that kind of leadership from Chicken of the Sea and Bumble Bee."

Still, there may be hope to turn the tide on a larger scale. Grocers Albertsons (which also operates the Vons chain locally) and Kroger (Ralphs) have signed onto their own sustainable fishing polices, launching store brands featuring responsibly-sourced fish and participating in the Greenpeace survey for the first time. The organization hopes that such moves, along with outside pressure, will move the "big three" brands – including Pittsburgh-based StarKist with the two local giants – toward meaningful change.

"Chicken of the Sea has an edge because it's owned by the world's largest tuna company, Thai Union, and they've been the target of a global Greenpeace campaign," Pinsky notes. "We've seen as a result that Thai Union does have a desire to become an industry leader – now is the time to follow up on those wishes with action.

"A huge swath of retailers are coming out with public commitments, and it's really putting pressure on the big three to start to shape up or get off shelves. So I think we're at a tipping point in the US market, if they choose not to lead consumers are going to continue to flock to sustainable brands."