The desert beyond Borrego 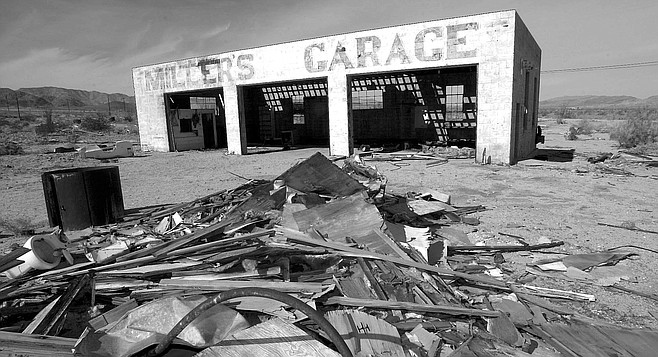 It's the newer Old Highway 80, built in 1932, that Miller's fronts. A visit to the site reveals two things: the buildings are in better shape than they appear to be from the interstate, but the mess of rusted car parts, broken timbers, old refrigerators, and twisted sheet metal surrounding the buildings looks even worse from close range. Yet Caldwell beams with pride as he walks up to the rock house that once served as a roadside diner. 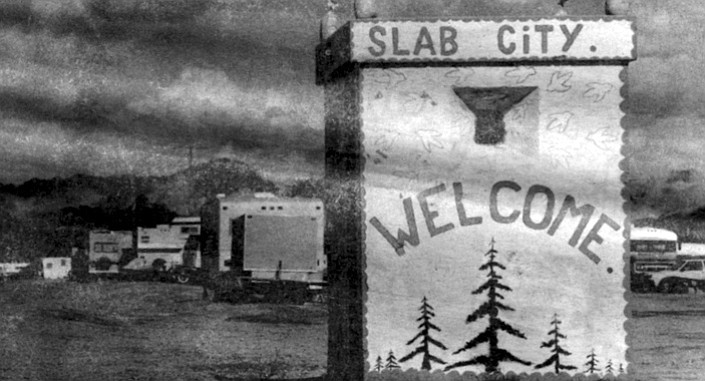 By 5:00 a.m. the place sounds like the Chicken Tabernacle Choir.

Hot Place in the Sun

“The county understands we’re an agriculturally based community. We have a high unemployment rate, and we understand that some of the people are hard put to make a living. The standard of living there [at the Slabs], though it may not be as good as you or I are used to, is certainly better than living on the street. It’s a little warmer, a little cleaner, and maybe a little more humanitarian...." 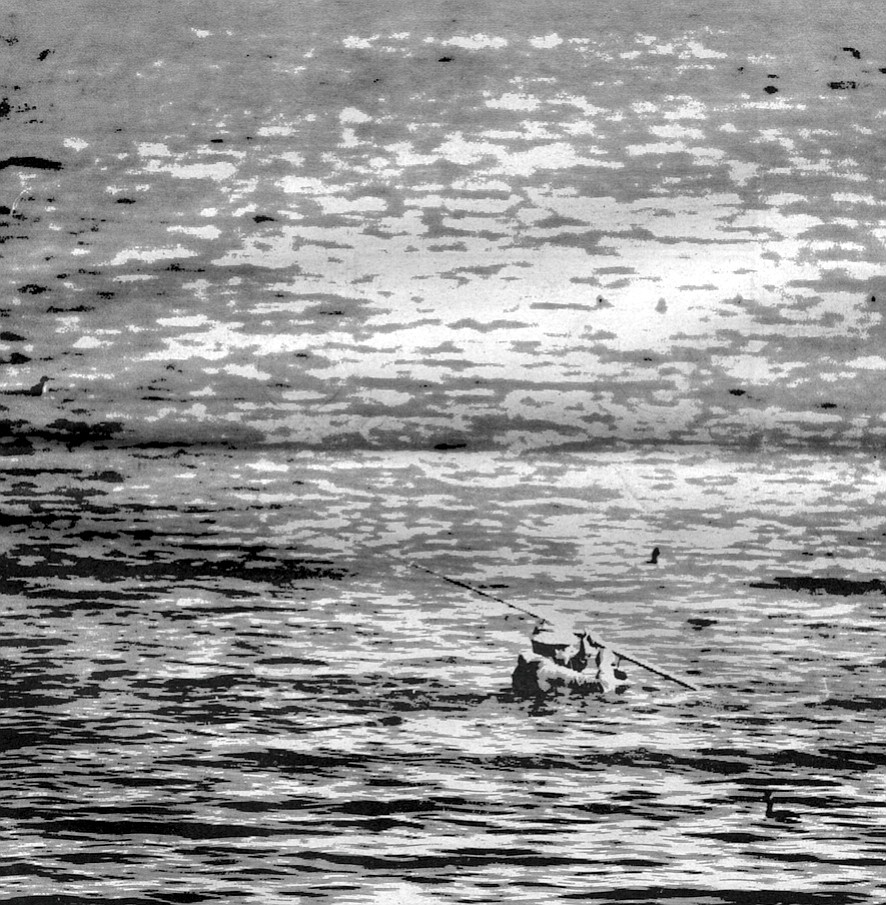 The fresh water which flows, quite by accident, into the Salton Sea instead of the Gulf of California, stubbornly turns to salt anyway.

Before long the Salton Sea had become popular as a recreation area. It had winter temperatures in the seventies and eighties. It was accessible from just about any direction — the old Indian trading route called the Coco-Maricopa Trail had now become Interstate 10. Motorboaters discovered that the Salton Sea was particularly good for racing; the dense salt water allowed their props to take a more positive bite. And the fishing was getting better all the time. 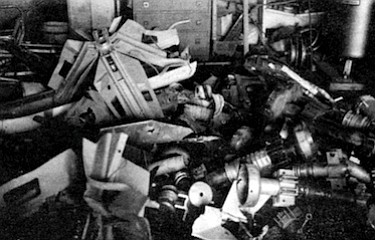 These brass, 40-miliimeter machine-gun shells, these aluminum fin mounts from 500-pound bombs, these twisted shreds of aluminum shrapnel would feed their children and put gasoline in their tanks.

“Last year this one guy, Eddie, was coming off the range with a load of scrap when the planes started coming over. He jumped out of his truck and started running. The planes thought his truck was one of the targets, and they dropped a live 500-pound bomb right into the bed of his truck. Eddie was lucky. He took some shrapnel in his leg, walked off the range, and had his old lady pull it out.” 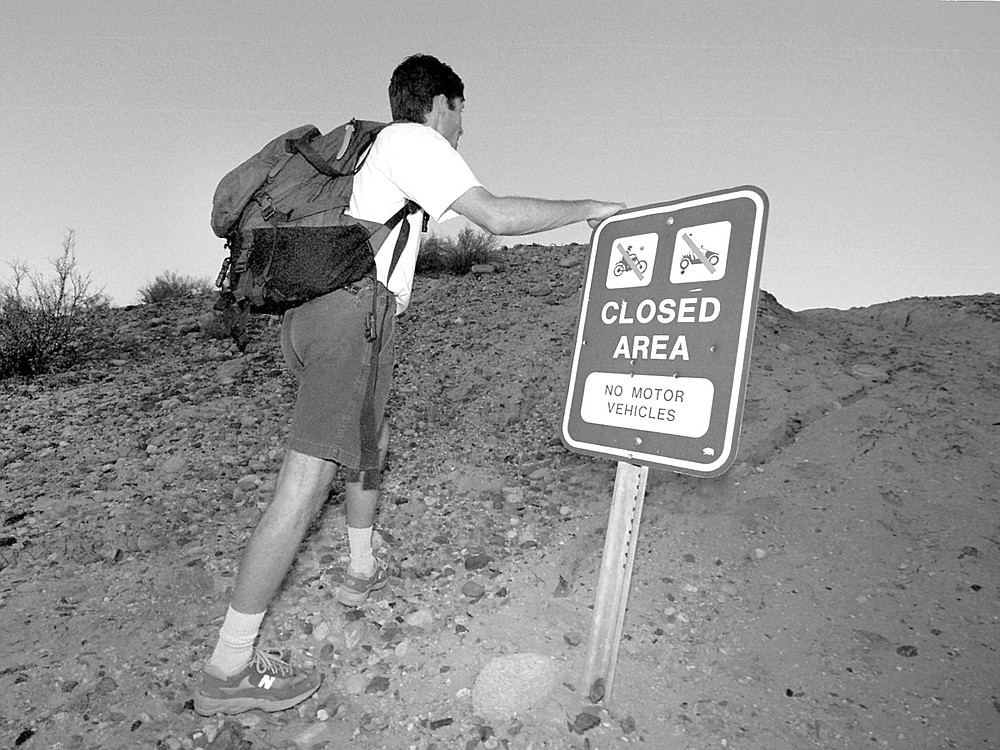 Carrizo Impact Area. if you step on a bomb and blow yourself into the afterlife, it's your fault.

Because the ordnance littering the Carrizo Impact Area was dropped from planes, a lot of it imbedded itself in the sand as far as 30 feet down. Over the years, the earth has brought the objects back up. "You'll be driving through the Carrizo wash, which is the only way through the place," says Ranger Jee, "and there will be a 500-pound bomb sitting in a spot where there was nothing but sand last time you drove through." 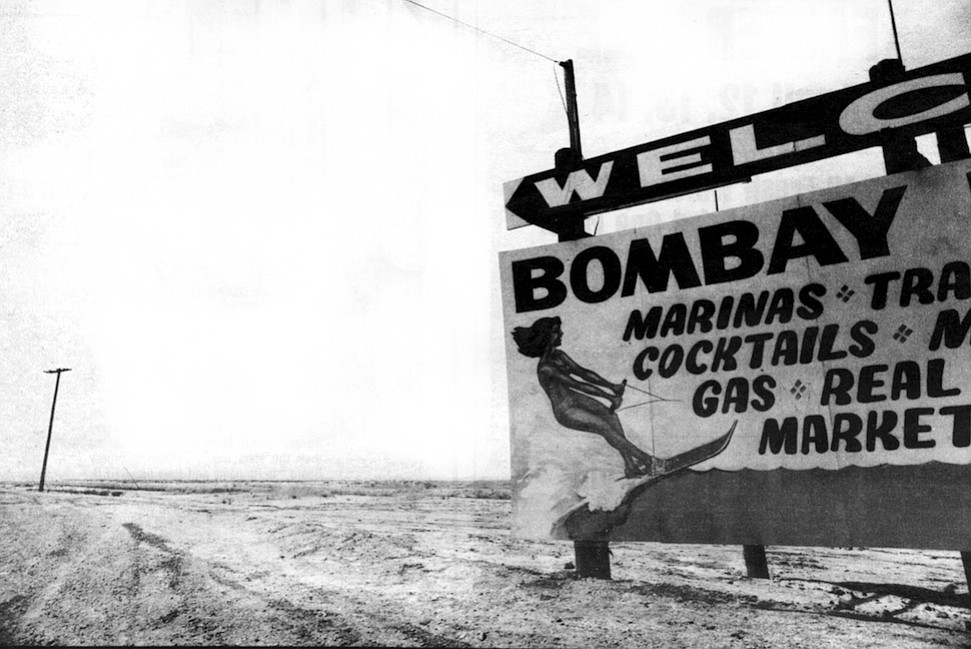 Bombay Beach. As interest in the Salton Sea as a recreation area increased, Salton City, North Shore, and Bombay Beach were born.

Bury My Bait at Bombay Beach

The Salton Sea has become a wildlife habitat for 350 species of birds. The sea has helped to replace bird habitat that has been lost elsewhere in California to agriculture, housing, and industrial development. Many ducks, geese, and shore birds use the sea as a stopover when migrating along the Pacific fly way. If the fish in the Salton Sea die, the birds will have to find someplace else to go — but there may not be anyplace else available. 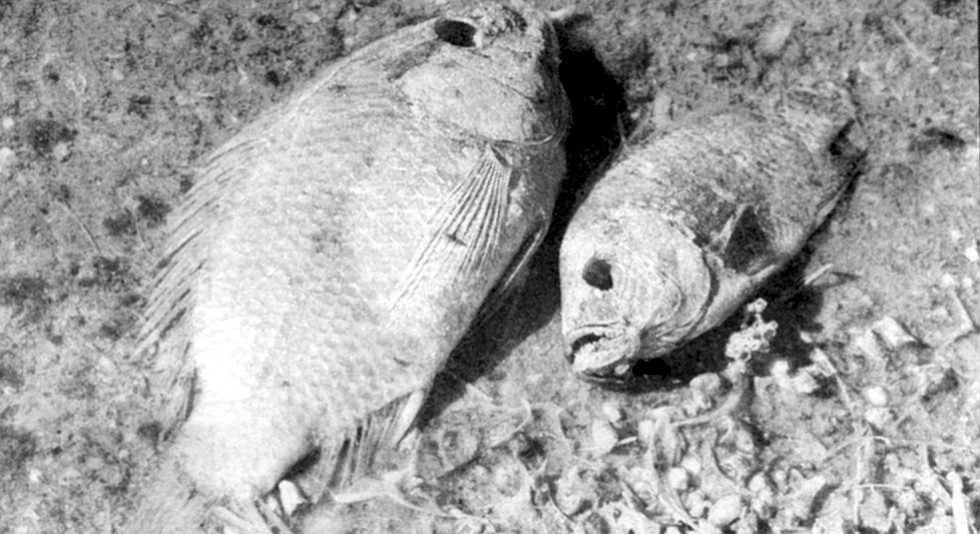 Dead tilapia. “I eat tilapia from it every day. My cat Charles did too. And he lived to be 21!”

What to Do with the Salton Sea Now

And the logic behind a Salton Seaport? A seaport on the east side of the coastal range mountains, Van De Graaff says, would be a great alternative route for Asian goods bound for Europe. Rather than transhipping at Long Beach, the Salton Seaport would circumvent the expensive mountain route. This would give Salton Seaport an advantage over Long Beach, L.A., and San Diego — and save the sea in the process. 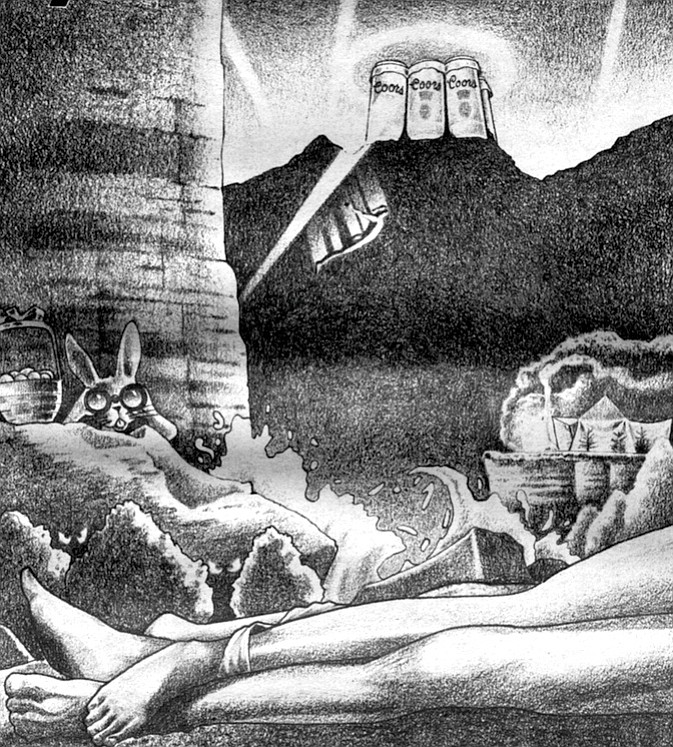 At some time, very late at night, somebody plays an old tape of Jim Morrison and the Doors. They turn it up so loud that it drowns everything else out.

Pilgrims by the shore

Inside one of the restrooms there’s a kid kneeling at the toilet bowl as if it were an altar. He’s practically embracing it. He's retching his soul out, and most of it isn’t reaching the bowl but dribbling down his neck and chest and onto his bare feet. Somebody flushes the toilet next to him and it overflows, swamping the floor and soaking the poor kid to his knees. The people behind him are watching all this.