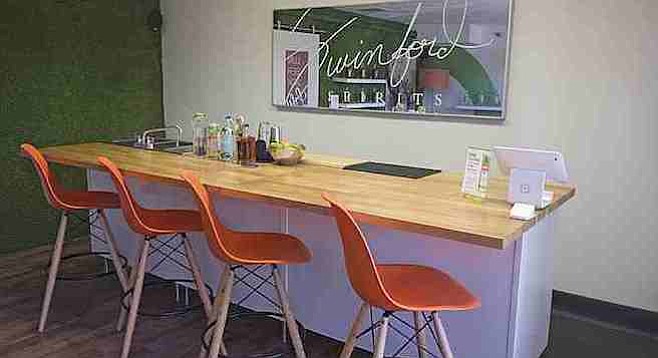 When Jason Swinford opened Swinford Spirits in late 2016, he really launched three craft-spirit brands. From a single production facility and tasting room across the parking lot from the Home Depot in Grantville, Swinford releases bottles of vodka, gin, and Canadian whiskey.

Prior to craft spirits, the San Diego native operated the Eat at Recess food truck as a first step toward opening a hospitality business. "I originally wanted to open up a bar," he recalls. "Then I realized it lacks scalability. You can only serve so many people who come in to a bar."

With the help of Google, YouTube, and a spirit-making course at Colorado's Downslope Distilling, Swinford spent two years developing his distillery to be scalable. He launched with three stills: a 4-gallon pilot still, a 100-gallon still he currently uses for production, and a 265-gallon still earmarked for future production.

The product Swinford spent the most time refining is the certified organic Foxhole gin. "You have myriad different directions you can go with gin," he explains. "We wanted to create a new American style, what I really consider a California gin, that has juniper dialed way back, with a lot of orange peel and a lot of lemon peel."

Like many craft spirit producers, Swinford found it significantly more cost effective to purchase a neutral spirit from a much larger, efficient producer. "It came down to a business decision," he says, emphasizing his priority to release an organic spirit at a price point that compares with the best known gin brands. "It's right on with [Bombay] Sapphire, Tanqueray pricing," he says, "priced under Hendrick's." 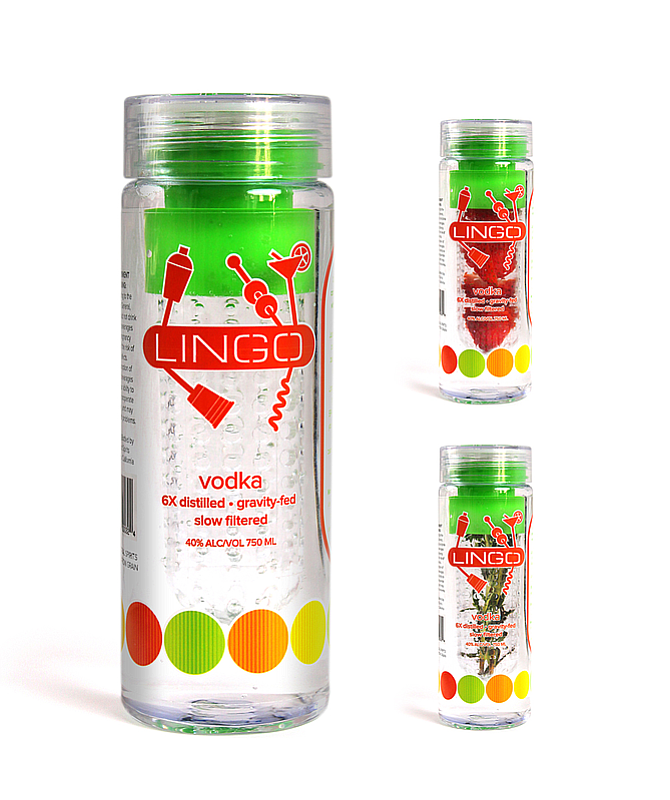 Swinford's biggest seller so far has been Lingo vodka — which he distills six times from the same organic neutral spirit, before running it through a carbon gravity filter over the course of several days. "We wanted a good, clean neutral," he says, adding that his organic vodka retails for less than the ubiquitous Tito's vodka brand.

Part of the success in selling Lingo stems from its patented, reusable bottle. The first of its kind spirit bottle features a built-in filter, allowing buyers to create their own infusions. For example, Swinford says, "If they want to throw cranberries in or they want to do bloody marys and want to put in jalapeños and roasted garlic or bacon — you can do anything with that infuser basket."

A third product highlights another part of Swinford's ethos. While 37 percent of whiskey drinkers are female, he notes most whiskey marketing targets men and decries the "models and bottles" approach taken by many brands. So, Swinford's Canadian whiskey, flavored with organic ginger and toasted quinoa, markets under the name Lumberjack Lily. "I wanted to create a brand that had a strong female presence," he says. "It's 40 percent — it's a real whiskey," he asserts, "but I tried to create something that's a little friendlier, more approachable."