Until 1977 it was Tri-City Roller Rink 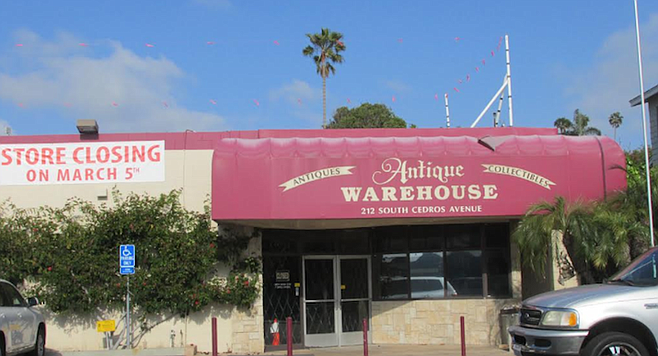 With the recent closure of Solana Beach’s Antique Warehouse, in the Cedros Design District, the 35-year old business brings up memories of years gone by. Not necessarily from only the customers and renters of the 100 booths that sold old stuff, but also from the building’s original incarnation. 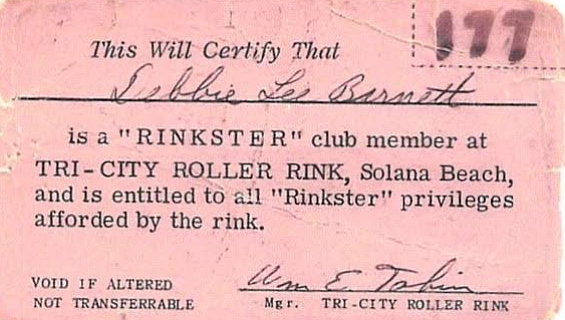 “To antique malls, public enemy number one is e-Bay,” said David Teten. Teten was a dealer, and later became assistant manager of the warehouse in the early 1990s. He got out of the industry when, “a $10 item could be found on line for 50 cents.” 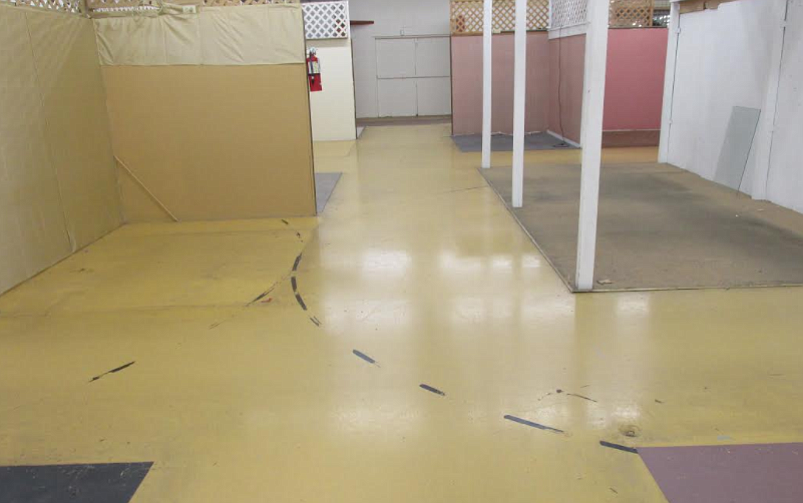 The old, polished concrete floor is still widely visible in the building.

Teten said most booth renters paid a monthly rent vs. a percentage of sales, usually around 10 — 15 percent. The highest priced item he ever sold was a $4,000 Tiffany lamp.

But his best memories were dealing with the Hollywood celebrities that would come in during the Del Mar horse racing season, the likes of Jack Klugman and Tim Conway.

“Janet Jackson came in and attempted to disguise herself. I knew who she was but all of the other workers were older, and had no idea. I gave her a two-and-half-hour tour,” Teten said. With Teten’s advice, Jackson bought $8,000 worth of items. Teten personally delivered the merchandise to her house in Fairbanks Ranch.

Teten specialized in jewelry, art deco, and mid-century modern items. In younger days, Teten was among the thousands of kids in the 1960s, who used the building prior to the 1982 opening of Antique Warehouse.

Located at 212 South Cedros Avenue, the Tri-City Roller Rink was the hot spot for north coastal pre-teens throughout the 1960s (closed in 1977) as it was for a young Del Mar girl, Debbie Barnett Antonson.

Now living in Salem, Oregon, Antonson recently found her Tri-City membership card. She was member #177 in 1967. “I spent every Saturday there, living off the snack bar’s dill pickles, bar-b-que chips, and suicides (a mix of all soda flavors),” said Antonson. She took lessons and learned how to “shoot the duck” so she could do well in limbo skating contests, and wore her blue skating dress.

Antonson remembered, “It was also the first time for us to have boy-girl interaction. At first when they announced a boy-girl skate, the rink would be empty.”

While the old, polished concrete floor is still widely visible in the building, it will soon be turned into the upscale home furnishings and design retailer, West Elm, a 92-store chain owned by Williams-Sonoma.

According to a published report, the 16,759-square-foot remodel, with almost 6,000 square feet of off-street parking (rare in the Cedros Design District) will be the second San Diego County location for the chain.

Unlike several other old coastal businesses that are being evicted by new owners wanting to build two-story, mixed commercial/office/residential buildings, CBRE leasing agent Dave Hagglund told me, “The Antique Mall went out on their own terms. The owner of the antique mall business was also the owner of the building and decided to sell the property.”

Etsy is up there too.