Also this week: the Red Bull air race and a tax-day march against Trump 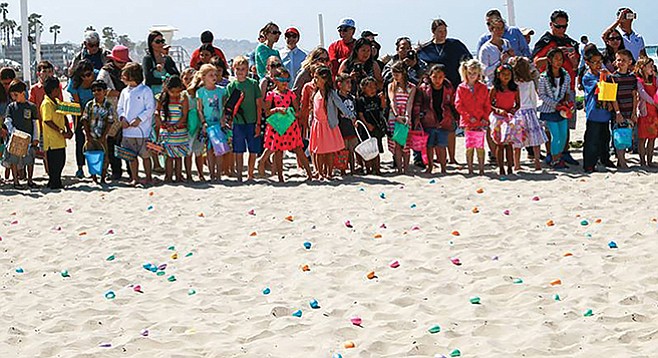 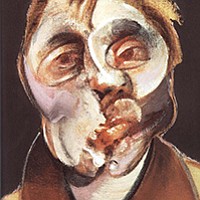 Hugh Davies will discuss all things Francis Bacon. Pictured: a self-portrait by the artist.

An Introduction to Francis Bacon is a series of two art history lectures presented by Hugh Davies, director emeritus of the Museum of Contemporary Art San Diego. On April 13, Davies will introduce “Francis Bacon: Paintings from 1945–1973” and on May 25, “Francis Bacon: The Late Work.” Hugh Davies did his doctoral dissertation on Francis Bacon at Princeton University, largely based on a series of interviews with the artist in London from February through July 1973. Davies co-published another book on Francis Bacon through Abbeville Press in 1986, contributed chapters and articles on Bacon for several other publications and exhibition catalogues, and curated Francis Bacon: Papal Portraits in 1999 for MCASD. He currently serves as one of the five members of the Francis Bacon Authentication Committee, which published his catalogue raisonné in 2016. You could say the guy really loves Bacon. 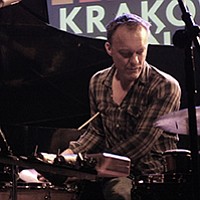 Returning to the Fresh Sound series for the third time, Kjell Nordeson (percussion) teams up with Øyvind Brandtsegg (marimba lumina, live processing) for a live set of improvised music at Bread & Salt on Thursday. “The sound is the sound, and the sound is first,” says the duo. Didn’t Spinal Tap say that? 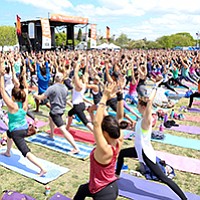 A 5K, meditation, yoga and more in Liberty Station

“The world’s only mindful triathlon” includes a 5K run (or walk), an outdoor 90-minute yoga class, and a guided meditation plus music, artisanal vendors, and local foods. The run is through Preble Field, NTC Park. MC Yogi hosts the later events: a high-energy yoga class from Mary Beth LaRue followed by a grounding meditation led by Noah Levine. DJ Drez plays throughout the day. New for 2017, participants can add a scheduled class such as aerial yoga, acro-yoga, hooping, walking meditation, photography, essential oils workshops, or a community yoga experience from local teachers. The Kula Marketplace has local craft vendors with clothing, jewelry, and handcrafted items. For every ticket purchased, Wanderlust donates $1.08 to No Kid Hungry. 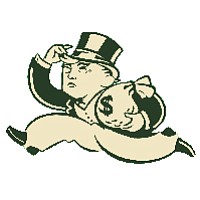 This from the promoters: “As we protest Trump, we acknowledge that Trump’s conflicts are a symptom of a deeper problem in our tax structure and the structure of our economy as a whole, that ultra-wealthy and profitable corporations manipulate our tax structure and the global financial markets to get out of paying taxes and keep most of their profits for themselves or their wealthy investors. This design flaw in our economy results in wealth for the richest 1%.” Want to go? 10 a.m.: gather at the County Administration Building. 10:15 a.m.: rally begins. 10:50 a.m.: march begins. Noon: march ends at Civic Center Plaza and teach-ins begin. 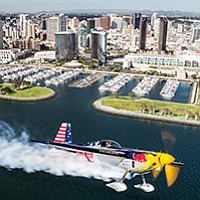 Fourteen pilots are competing in the Master Class category in eight races across the globe for the title of 2017 Red Bull Air Race World Champion. The objective is to navigate an aerial racetrack featuring air-filled pylons in the fastest possible time, incurring as few penalties as possible. For this San Diego stop, the track will be set up over the water in San Diego Bay. Spectators can take in the high-speed, low-flying action from the North or South Embarcadero Marina Parks. The parks run along the San Diego harbor on the east side of San Diego Bay, on property administered by the Port of San Diego. San Diego hasn’t hosted a Red Bull Air Race since 2009. Also on Sunday. 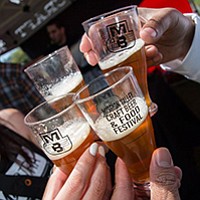 All kinds of beer at Qualcomm, and if you pay extra you can have a brew caddy

The seventh-annual event offers unlimited beer and food tasters from the likes of Duck Foot Brewing, North Park Beer Company, Alesmith, Waypoint Public, Slater’s 50/50, and dozens more. VIP price gets you a brew caddy, “a lanyard that holds your beer while you stuff your pie hole with our awesome food.”

Easter at the Beach 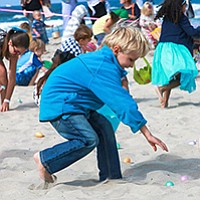 12,000 eggs will be filled with candy and vouchers at Belmont Park

EASTER AT THE BEACH

Belmont Park stages their sixth-annual Easter egg hunt on the beach as well as a hunt within the park itself. 12,000 eggs will be filled with candy and vouchers for single rides, attractions, and other park goodies; plus there will be 25 golden eggs with unlimited-ride passes. Egg hunts on the beach start at 9 a.m. and cost $5 per child (must reserve in advance for that one). The hunt in the park starts at 1 p.m. and is free. Children can collect eggs from stops such as the Coaster Museum, the arcade, various midway games, the Sweet Shoppe, and Sun Diego. A photographer will capture your Easter Bunny fun for free from 2 p.m. to 4 p.m. in the food court area of the amusement park. 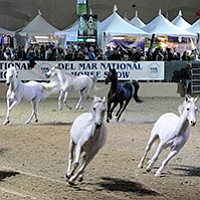 Each week features a different discipline of horsemanship: Western, Dressage, and Hunter/Jumper

The Del Mar National Horse Show is free for spectators nearly every day from April 18 to May 7. Each week features a different discipline of horsemanship: Western, Dressage, and Hunter/Jumper. The shows begin most mornings by 8:30 a.m. and continue well into the afternoon. Featured Saturday-evening events require a paid admission, but you can come early and watch the equestrian teams warm-up, get dinner and drinks at food and beverage concessions, and shop for horse-related specialty items, art, and fashion. Ringside box seats are available with or without a gourmet-dining upgrade. Casual Grandstand bleacher seating is also available.