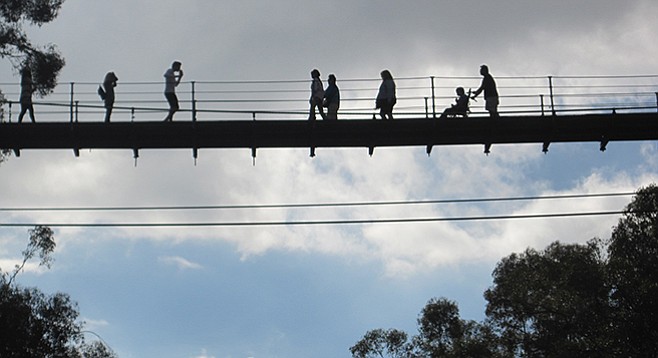 This short walk is a good way to get a different view of the Spruce Street suspension bridge. It is a step back into San Diego’s early history. 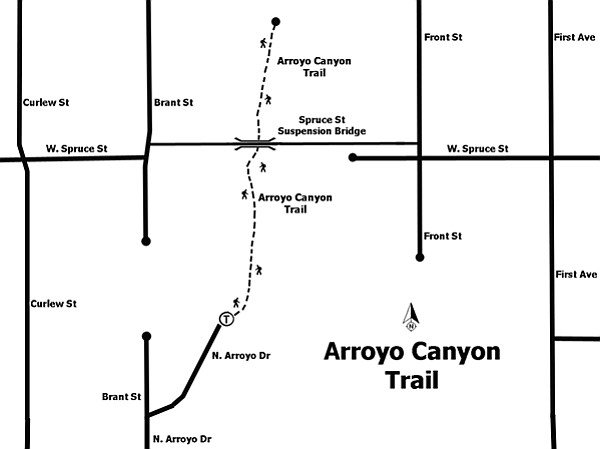 The walk to Arroyo Canyon starts at the sign on the wooden fence. Walk north on the black top past W. Palm Street, then at 1000 feet veer to the right to continue on N. Arroyo Drive just over 200 feet to a metal gate where the wide path is dirt. The walk in the canyon is just over 800 feet with a mixture of native and nonnative plants and a good view of the Spruce Street suspension bridge approximately 70 feet above. 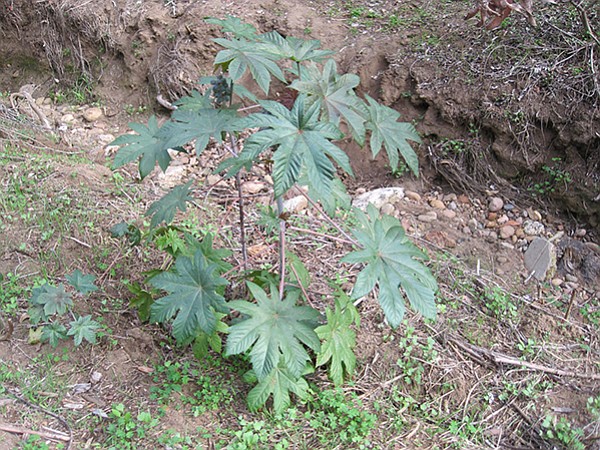 Edwin Capps, a civil engineer who came to San Diego in 1886, designed the bridge in 1911. He became San Diego’s mayor from 1889 to 1901; his vision for San Diego’s growth was preservation and tourism. He returned to San Diego as city engineer in 1909. In 1911, Capps designed the city jail and drafted the Spruce Street suspension bridge plans and Harbor Improvement Plan in support of the Panama Canal opening. In 1912, Edwin Capps’s title changed to harbor engineer. Today’s harbor and piers reflect his vision. He ran for major and won a second time, serving San Diego from 1915 to 1917. 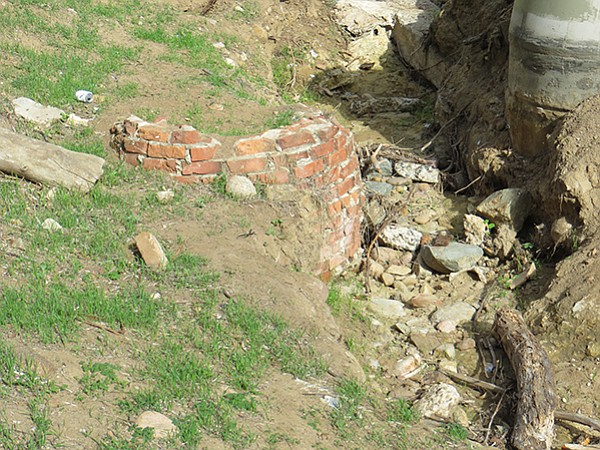 This brick structure used to be some type of cistern.

The path has jade plant, acacia trees, prickly pear cactus, lemonadeberry, laurel sumac, and, of course, eucalyptus trees along the sides. Glossy large palmate leaves with deep lobes and toothed edges identify nonnative castor bean (Ricinus communis). This plant needs to be viewed and not touched, as the sap causes skin rashes with some people by just touching any part of the plant; it has an allergy scale rating at the highest level (OPALS). Castor bean is noted as one of the most poisonous plants. Preparation is key for using the oil from the plant for medicinal, food, lubricants, and historical punishments. Just remember, all parts of the plant are toxic with the mottled seeds the most dangerous. As little as one bean, if masticated, can cause death, depending on the weight ratio of mammals.

Close to the bridge is an area of erosion with an old brick structure in three main pieces that was some type of cistern. In addition, newer concrete structures with turquoise painted tops are located in the same areas of severe erosion. Pause and look up at the bridge and people crossing for a sense of scale of the 70-foot height. Also seen are the padlocks that are locked on the bridge by people who then throw away the key to symbolize unbreakable love. Attaching “love locks” to bridges has spread globally but causes problems with blocking views, rust, and added weight, which has caused bridge degradation. The most famous example is the weight of over a million locks at 45 tons blamed on the Pont des Arts collapse of the bridge’s parapets.

Hiking length: approximately 0.8 mile out and back.

Difficulty: Moderate with elevation gain/loss of 600 ft. Dogs allowed on leashes. No facilities.

The Spruce Street Bridge is the coolest bridge in town! When visitors come to town, I have to show them this hidden treasure.