Service stands out at Herb & Wood

A dining spot for the special occasion 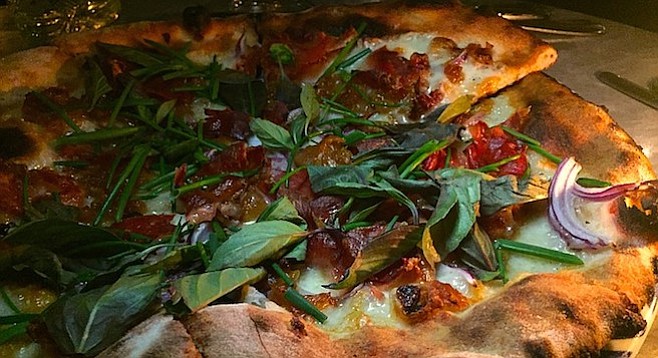 After one of the hype-iest openings in recent history, Herb & Wood remained for many months a place I was afraid to visit, lest it disappoint me the way a few other big-money, big-hype restaurants have. But one evening I gave my man sole restaurant-selecting power, and Herb & Wood is what he chose.

I’d seen plenty of photos, but they failed to convey the feel of the airplane-hangar-sized space. It was simultaneously capacious and cozy. 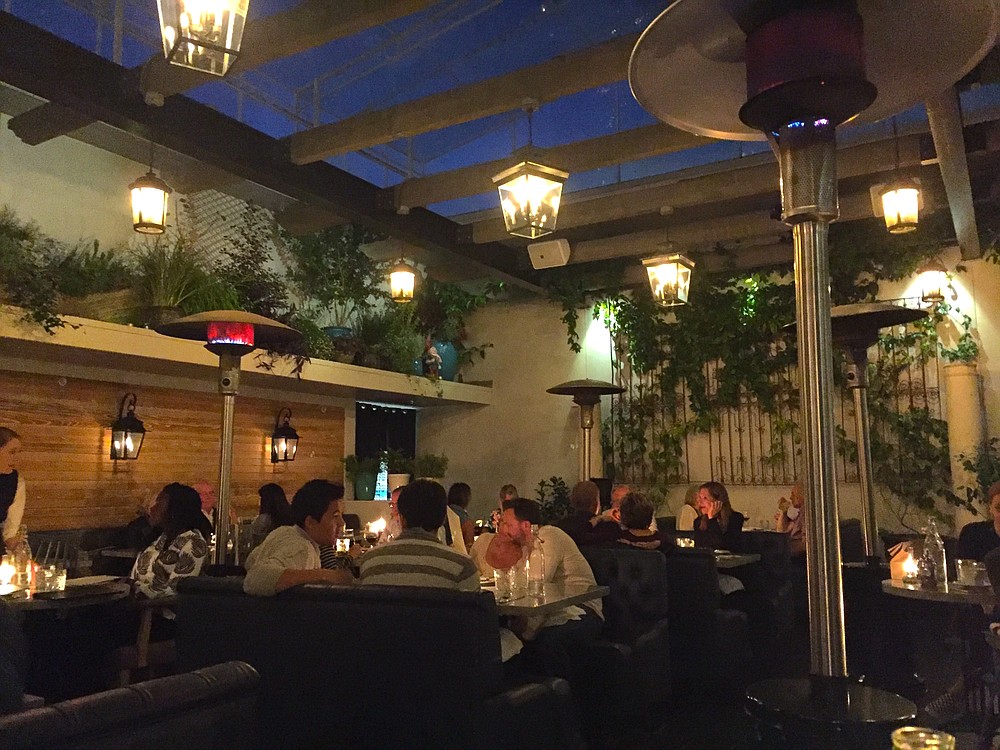 We were seated at a small table for two in a room that, at first glance, seemed to be indoors. But a cool breeze from the west and the heatlamps situated throughout the area revealed it was more indoor/outdoor, with a clear partial ceiling. The lanterns hanging above and the greenery on the walls gave the dining space a pleasant, garden-room feel. 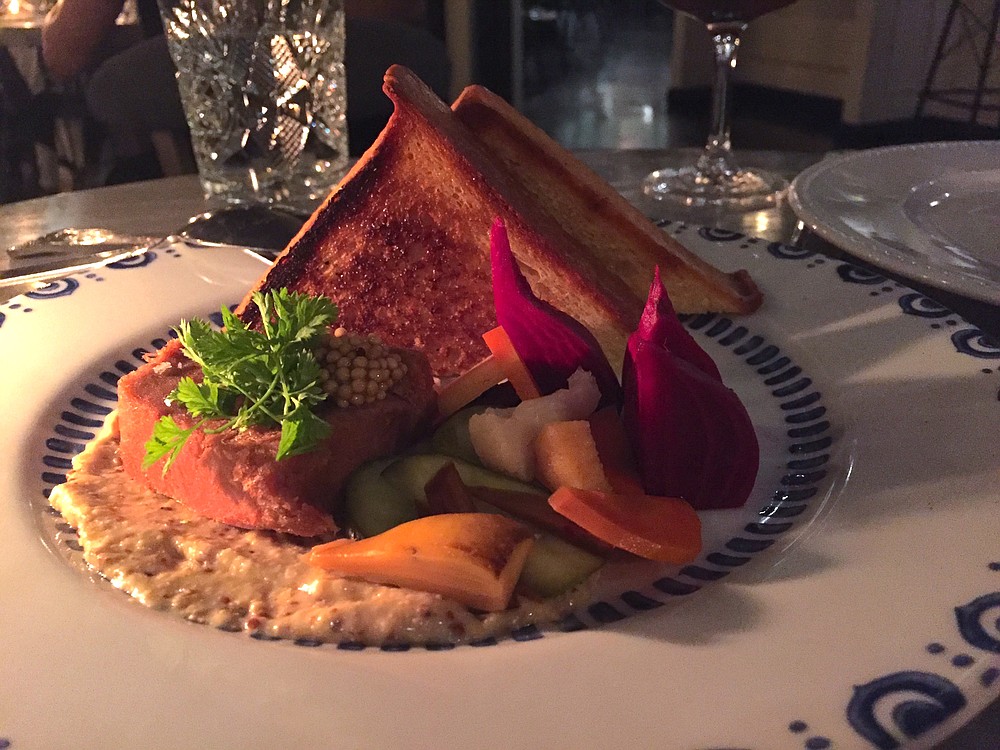 Ask Dominique. He’ll tell you all about the pork pâté.

Perhaps the most impressive aspect of Herb & Wood was the service. It was beyond reproach. Our server’s name was Dominique. Because it was our first time at this restaurant, David and I had plenty of questions about the menu and with each extensive, informative answer, our comfort level grew. For example, when I was curious about the pork pâté, Dominique let us know that chef Shane McIntyre’s signature preparation of the terrine involves a pork shoulder that is cooked for 12 hours to render the fat, which is removed before the remaining meat is ground. The rendered fat is then whipped back in, resulting in the lean, spreadable paste. 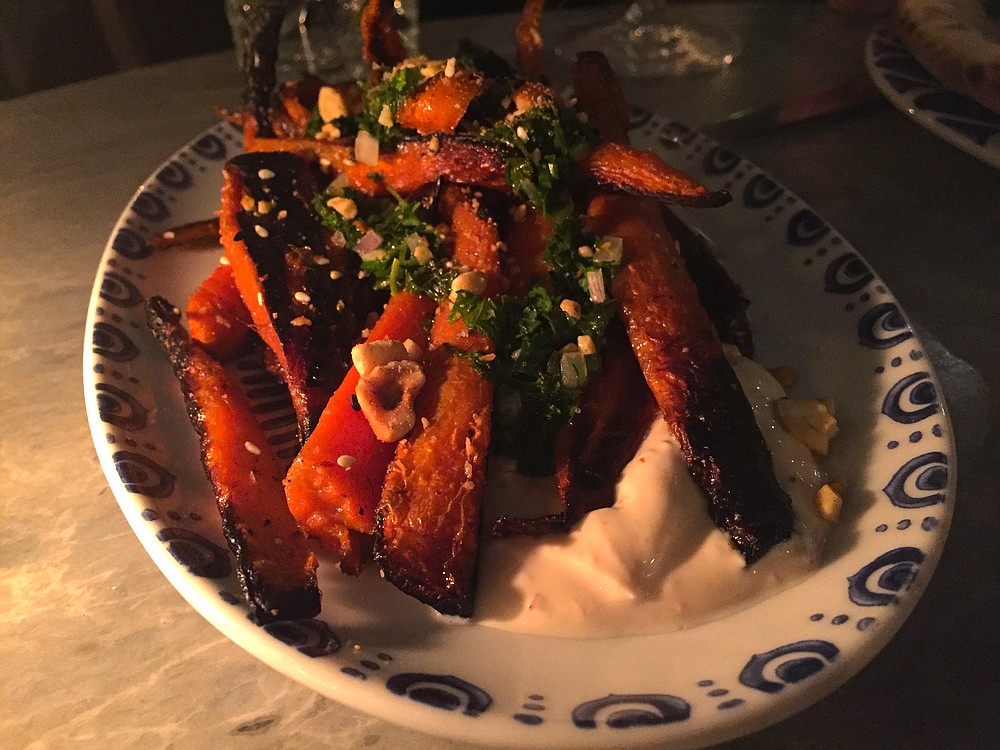 Roasted carrots, sweet with a nice char, served with nuts and yogurt. And Dominique-approved.

Dominique also helped us choose a bottle of wine after overhearing us discussing the options and our lack of familiarity with the selection. We gave a price point, and after admitting to overhearing our curiosity about a rosé on the menu he brought out two for us to taste — the second was not even on the menu. 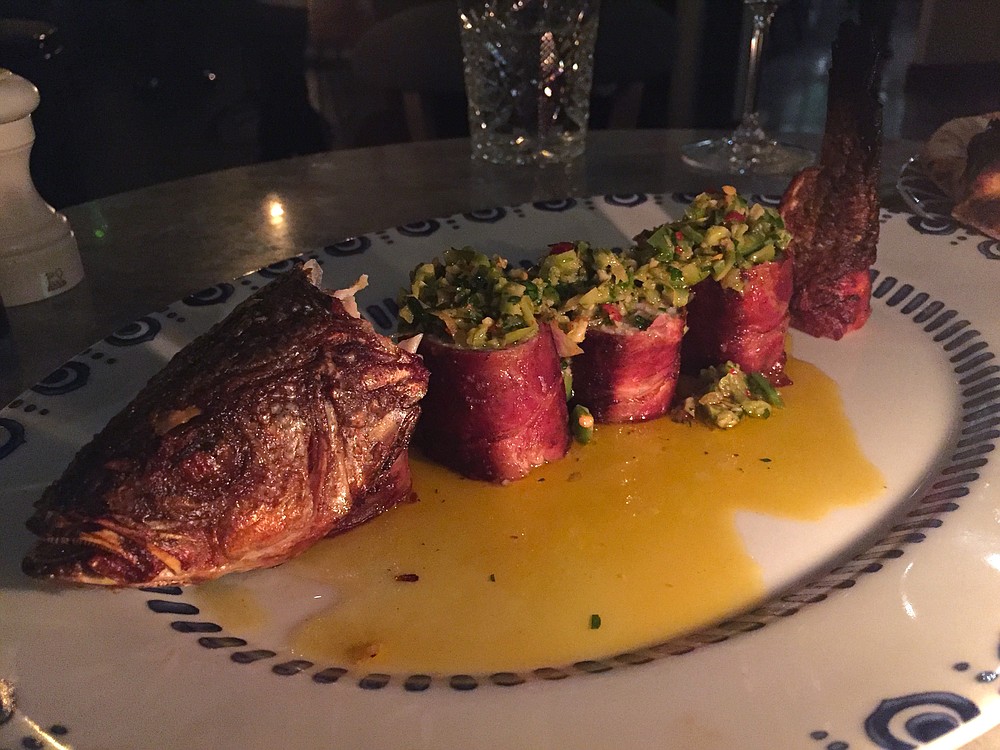 The kitchen’s variation on the traditional Branzino

After asking about the Roasted Branzino ($39) and receiving an extensive, enthusiastic answer, I was all set to order it, along with a few other Dominique-recommended dishes, beginning with the pâté. The pickled vegetables, fruit mostarda (candied fruit), and mustard spread brought a sundry of flavors to the savory meat, and the brioche toast was so good David waxed on about how it might taste as the bun to his ideal lobster roll.

I was hesitant about the Roasted Baby Carrots ($10), but Dominique encouraged us to get them. The caramelized char with a nut mixture (cashews, and I detected hazelnut), Aleppo Yogurt, and “carrot top pesto” resulted in a unique, Mediterranean-esque combination.

Dominique had prepared me for the kitchen’s variation on the traditional Branzino, which is usually roasted whole and served bone-in. Here, we still got the whole fish, but it was rearranged — the head at one end, the tail at the other, but the body of it had been divided into three sections, each section wrapped in speck that replaced the fish’s skin with the crispy, wood-fired ham. Atop each lemon herb-stuffed section was the olive-chile tapenade, adding a salty and spicy component to each bite. It was a fun reinvention of the classic.

The closest thing to a disappointing note was David’s choice of entrée, the coal-roasted pineapple, habanero, red onion, and taleggio pizza ($19). The flavors were great, especially the roasted pineapple. But there was no habanero to be detected (we got significantly more kick from my olive-chile tapenade), and the dough was thin and cracker-like for David’s taste. He prefers a bit of chew to the crust, even if the pizza itself is thin. Overall, in light of the promise of all those interesting ingredients, the flavor was quite mild.

Still, from the moment we arrived to our last wave goodbye, the entire staff was welcoming and obliging. It’s now a “special occasion” dining spot for us.