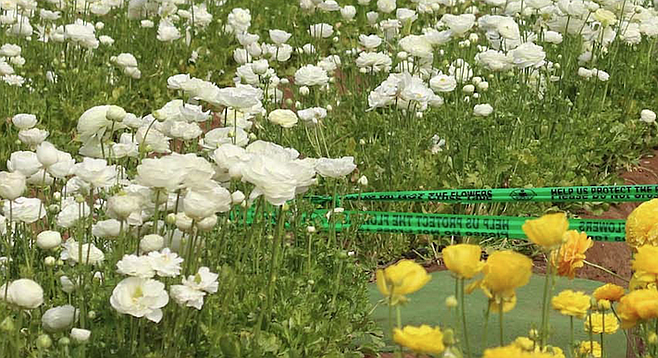 “This day (April 8) that you are here,” said Fred Clarke, “is the best absolute day of color right now.”

Clarke is the general manager of The Flower Fields at Carlsbad Ranch. “The color is from the farthest north field into the farthest south field, which is the best I’ve ever seen that field in eleven years.” 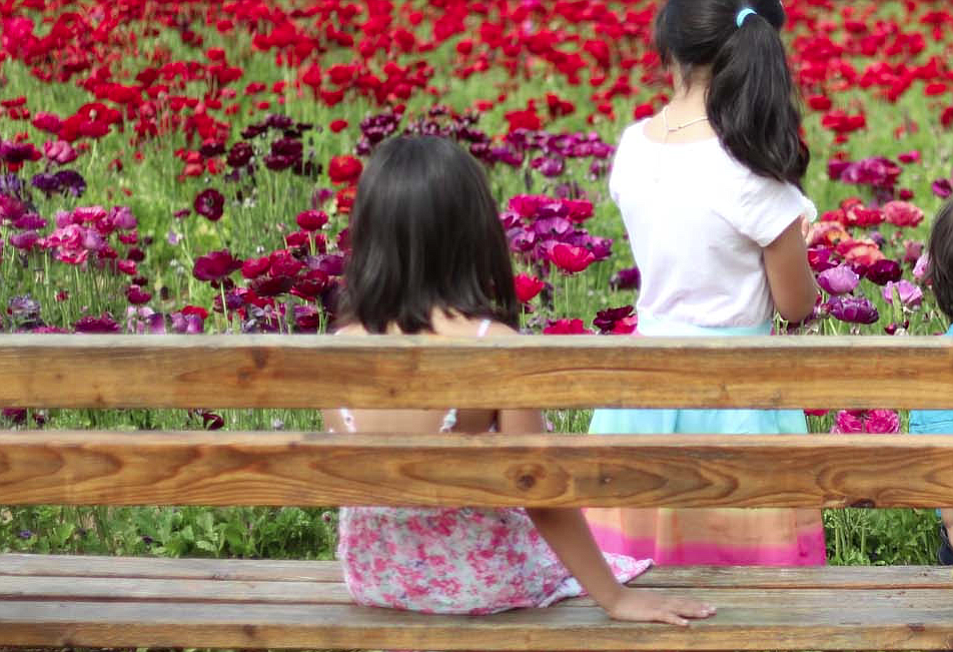 "This is the best I’ve ever seen that field in eleven years.”

The fifty acres of fields located in Carlsbad, are lined with Giant Tecolote Ranunculus flowers. They are in bloom for approximately six to eight weeks each year, from early March through early May.

“[With] the density of the color and the brightness,” Clarke said, “this is going to be the best April ever.”

Many that went this day confirmed on Yelp via a 4-5 star (80%-100% satisfaction) rating and with descriptors of “rainbow-like appearance” and “adorable region.” The flowers come in 13 beautiful colors, including picotee, which is a mixture of variegated colors, says the website.

Shawn, a graphic designer and a student-photographer, noticed the “pop” of the colors this season. This day was the annual trek with his wife and two kids when they meet up with their cousins, Michael and his family.

“Dude, it’s hella packed today,” said Michael, as he prepped his camera lens. “I’m geared up for the battle (of photography) in the gradients.”

Clarke said that attendance is up 10 percent; over 100,000 people have come since its opening last month. “We have green tapes around the perimeter of the fields to help encourage people not to get into the flowers.”

Michael and Shawn occasionally bend the rules to get their family portraits. They’ve been at this for four years and know how “brutal” it is to get the right angles without the other families in the background photobombing their shots. Michael has a certain lens (50mm) that captivates the closeups, while Shawn uses a wide lens (10mm-24mm) so he can fit the eight (total) family members into the frame, without his camera being too far. They switch off cameras and they both get their “sweet” shots.

Under the Rules and Policies section of The Flower Fields website, it states: Do not enter the growing fields, flower beds, plant displays or mulched areas. Remain on pathways at all times.

“That tape will be hard to photoshop out,” said Shawn, as Michael prepped his camera on the tripod. Two members of the family were instructed to step slightly on the green tape. A young couple on the opposite corner stepped over the tape and lay inside the flower bed – to take romantic selfies. They almost knocked over Shawn’s tripod.

"We have a staff of ambassadors that are out there trying to help people – to keep them out of the flowers, said Clarke.”

One father snapped back at an employee as he was caught red-handed. “It (the flower) was on the ground,” he said, “I didn’t pick it.” Other rules here prohibit the touching of the plants and flowers: "Do not handle plants, flowers, plant labels or containers,” states the website.

Clarke said that they do not have a lot of signs that say “stay out of the flowers and keep off the grass,” because the experience; “should be a happy one.”

“The most important thing about managing (the green tape-jumpers) it to try to be there before someone hops in,” he said. “Once a few people get in, then everyone sees that those people are in, then more people say ‘look at those people in the flowers – I should be able to get into the flowers [too].' ”

Clarke said he had to double the amount ambassadors from three in 2015, to six in 2017. The ambassadors drive up and down the paths (with some) wearing sunglasses so that the visitors don’t know where and who they are watching.

At approximately noon, when Shawn and Michael were loading their cars in the parking lot, others were waiting. As Shawn pulled out, one family in an orange SUV got into his spot. “As we left, one car [driver] thought they had been waiting the longest for our spot,” Shawn said. The lady then “proceeded to honk their horn in a fit of rage,” ran up, and then yelled obscenities at the driver and passengers (of the orange SUV).

Too many people on the planet and a lot of them are in California. Stories of traffic jams, road rage and piggish flower-field trampling for selfies are everywhere this spring -- Anza Borrego, Antelope Valley, now even at Carlsbad. It wasn't always like this, children....