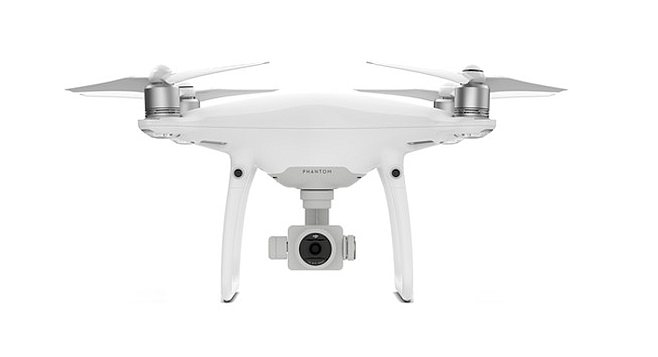 “Tonight (April 5) I had a man [reporter] … actually come to my door from KNSD regarding my (drone flyover) comments on Nextdoor,” said Suzanne from Kensington, “completely uninvited and unannounced, and while he was nice, I do NOT appreciate him coming to my home.”

On March 31, Suzanne posted (on Nextdoor) a comment that she was recently visited by a drone. She also did not take too well to the uninvited drone, also known as a UAV (Unmanned Aerial Vehicle) or a UAS (Unmanned Aircraft System), which flew over her property then hovered at “about 30 ft. above ground," by the fence which she shares with her neighbor.

“I’m not crazy about this, having felt that my back yard was previously pretty private,” she said, and questioned if her neighbors shared her sentiments. “Is this something everyone is comfortable with but me?”

Many obliged and advised to call the police or the FAA (Federal Aviation Administration), and others offered colorful solutions to impede the drone from flying, like; a water hose, a slingshot, and “a little bit of 2 to 4 GHZ RF (may just be able to jam its receiver and lose flight control).”

A couple of drone-pilot neighbors chimed into the discussion and warned that downing a drone is a federal offense (depending on its size) and could be expensive (to replace). Fry’s Electronics, up the I-15 freeway from Suzanne, sells the DJI Phantom 4 Pro 4K Video Drone with a 4k (ultra high definition camera) for $1499.

Suzanne approximated the size of her drone-visitor to be a foot-square. “The reason I’m disturbed about the drone activity is just that; privacy and being POLITE and RESPECTFUL, as you (the Reader) have been,” she said. “Thank you.”

On the FAA website there is an app called B4UFLY. “It is an easy-to-use smartphone app that helps unmanned aircraft operators determine whether there are any restrictions or requirements in effect at the location where they want to fly,” states the website.

Another rule listed on the FAA site is that “recreational (drone) operators are required to give notice for flights within five miles of an airport to BOTH the airport operator and air traffic control tower, if the airport has a tower. However, recreational operations are not permitted in Class B airspace around most major airports without specific air traffic permission and coordination.”

Depending on where Suzanne lives in Kensington, her property might be within the five mile radius of Montgomery-Gibbs Executive Airport.

There are other rules for hobby or recreation drone-pilots; like flying at a maximum of 400 ft., and not being able to fly over groups of people, stadiums or sports events, and near emergency response efforts such as fires.

“Regardless of the laws in place and in the future regarding drone usage, if users were polite and considerate they would fly them down the street where the public is allowed,” Suzanne said, “and not over private homes where the public eye should not be.”

One of Suzanne’s neighbors from Normal Heights did not agree. “As long as the operator of the unmanned aerial vehicle has followed the rules regarding the various FAA regulations for flight altitude, distance from airports, line of sight, etc, there is no legal reason why they can’t fly over your houses,” he said. “That said, I’m always respectful when I fly, and I bet the operator of the drone you saw would be as well.”

Suzanne believes that the “drone-issue” is going to need further legal attention from the city and the state, and she’s not sold on the naysayers' comments (which were mostly polite and articulate) on her thread backing their rights to fly. “The only people that seem supportive of drone usage are the people that USE drones,” she said, “and those people seem mighty defensive about the laws protecting their precious drones and what they are allowed to do with them, regardless of how it makes others feel.”

Suzanne...This IS DEFINITELY an invasion of your privacy! If humans could fly and your neighbor hovered his unwanted body 30 ft. above your back yard this would obviously be an invasion of your privacy. Hovering a drone with a camera 30 ft. above your property allows the operator to invade your privacy as well. And your statement, "The only people supportive of drone usage are the people that USE drones", is 100% accurate as well. Idiots and their gadgets are becoming a major issue in our society...idiots texting while driving, and idiots flying drones over people's back yards are 2 perfect examples.

I, for one, welcome our new drone overlords. And by the way, I will give you cash for that old car in your back yard

Property owners also own the airspace above their property. If a quad copter is hovering in my front or backyard, I will not hesitate to shoot it down with a pellet rifle, water hose or other defense. Once downed, I would remove its battery and then drive over it with my car.

Ponzi, you would be surprised that a property owner does not own the airspace above their property else airplanes would not be able to fly overhead without permission, however, downing a drone (faa classifies drones as aircraft) is federal offense that can come with stiff penalties and or jail time (up to 20 years). https://www.law.cornell.edu/uscode/text/18/32