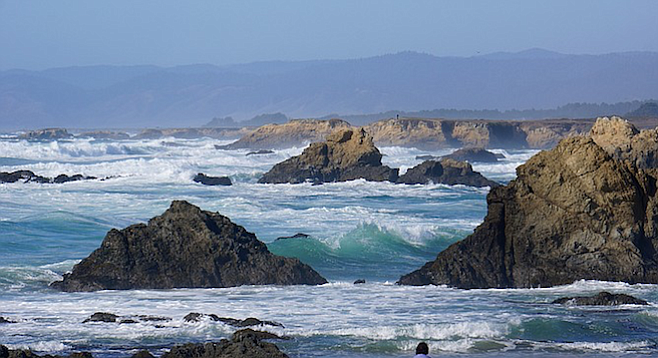 Glass Beach near Fort Bragg, in northern California, is a literal example of the power of nature to transform trash into treasure.

In the late afternoon sun with the waves gently lapping on shore, I felt like I was walking through a treasure chest the first time I strolled onto this beach. As I wandered over a rainbow of sea glass, I knew that I was traversing over what was once the city garbage dump. After decades of being tumbled and polished by pounding waves, glass and pottery fragments have become smooth and shiny. 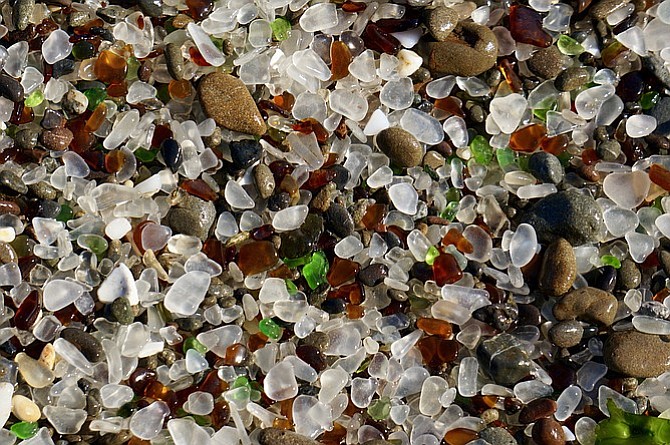 Glass Beach is reputed to have the highest concentration of sea glass in the world.

As was common for coastal towns in the early 1900’s, Fort Bragg residents discarded their garbage, including automobiles and appliances, in a water dump site. The 1906 earthquake that devastated San Francisco also decimated downtown Fort Bragg. Refuse from that disaster was bulldozed into the ocean, thus starting the dumpsite. Fires were set periodically to burn all that was combustible.

If you're lucky, you may spy a piece of rare ruby red glass. Pre-1967 cars used red glass in tail lights. Remnants of former apothecary bottles wash up as sapphire-blue gemstones.

Fort Bragg encourages you to snap all the photos you’d like, but asks visitors not to remove any of the glass so that Glass Beach will remain for future visitors to enjoy.

There are actually three glass beaches in this coastal area of northern California, all are former dump sites. Site 1 was established in 1906 behind Union Lumber Company. Referred to by locals as “the dumps,” this original site was filled in 1943. From then until 1949, Site 2 began the active dumping area.

In 1949, Site 2 was filled in and the new dump site was moved north and was in active use until 1969. This is the main area known as Glass Beach in the boundaries of MacKerricher State Park. Sites 1 and 2 and found south of the official Glass Beach, outside of the State Park, but near the new city park area. 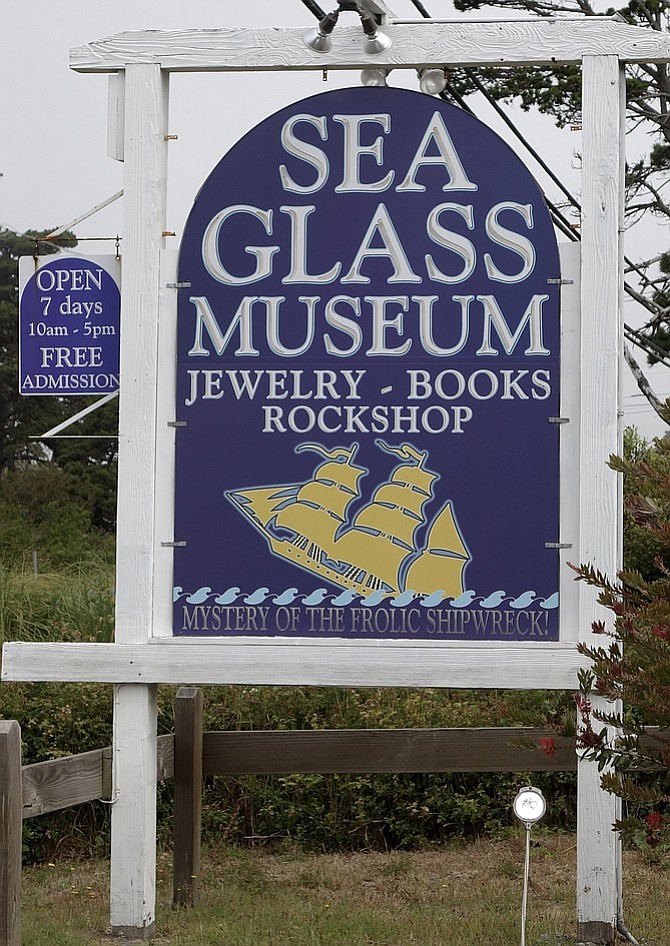 Be sure to pop in and take a peek at the Sea Glass Museum at 17801 North Highway One in Fort Bragg. Admission is free, and they have extensive displays and information about every color and type of glass found on the beaches. With more than 3,000 pieces on display, the museum claims to have the world’s largest permanent sea glass exhibit. Rare items such as bottle stoppers, handle pieces, marbles and terra-cotta pieces are on display. The museum's open daily from 10 a.m. to 5 p.m.

Retired sea captain Cass Forrington, the museum founder, is happy to share some local lore with you while you browse through the museum and the gift shop that features his handcrafted jewelry and other sea glass art.