A stroll down Broadway 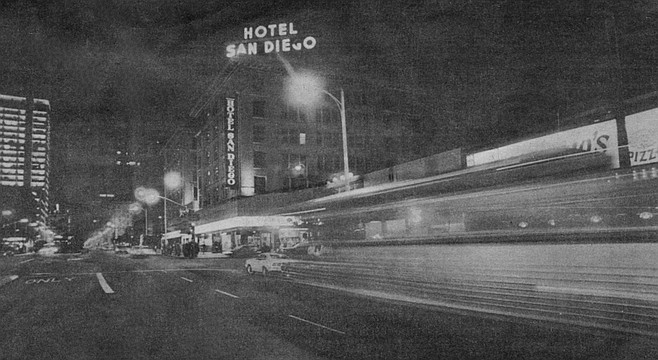 A Lullaby of Broadway

“I was sitting in my room,” declared one hotel resident, “when I heard a knock at the door. I opened the door and three or four men forced their way in. I was totally surprised. They pushed me onto the bed and put a belt around my arms. Someone kept my face pushed into the mattress until they got a pillowcase over my head. One of them pressed my eyes into the sockets with his fingers.” 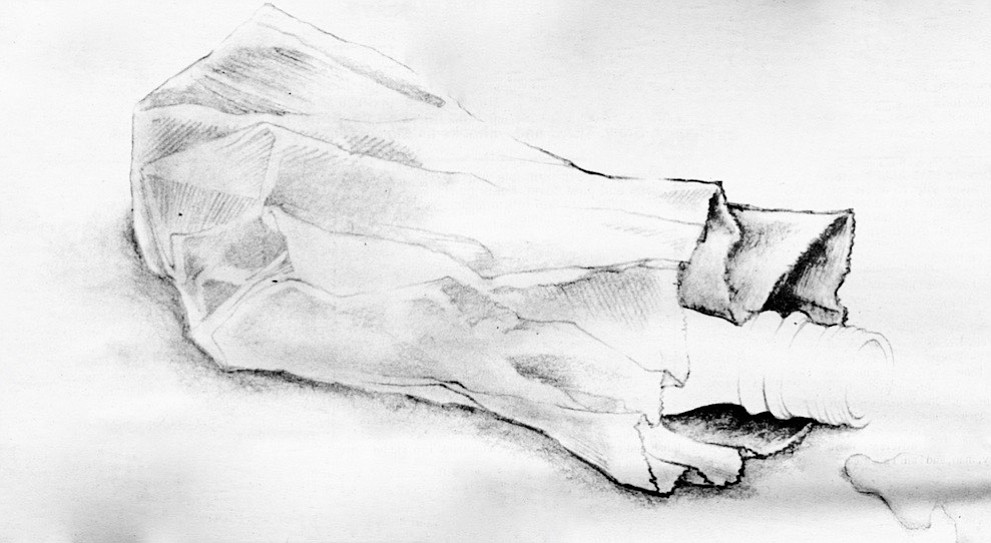 Winos share their Mickeys, pint bottles of port wine, which are swaddled in brown paper bags not to deceive the law but from kindness.

There are three subcultures in Horton Plaza: Resigned and rootless old men, like me, who want no trouble and make none, who come there to ruminate and warm their bones; the winos, sharing their Mickeys, pint bottles of port wine, which are swaddled in brown paper bags not to deceive the law but from kindness (that way, no one knows and so need feel no guilt when he takes the last swallow left). 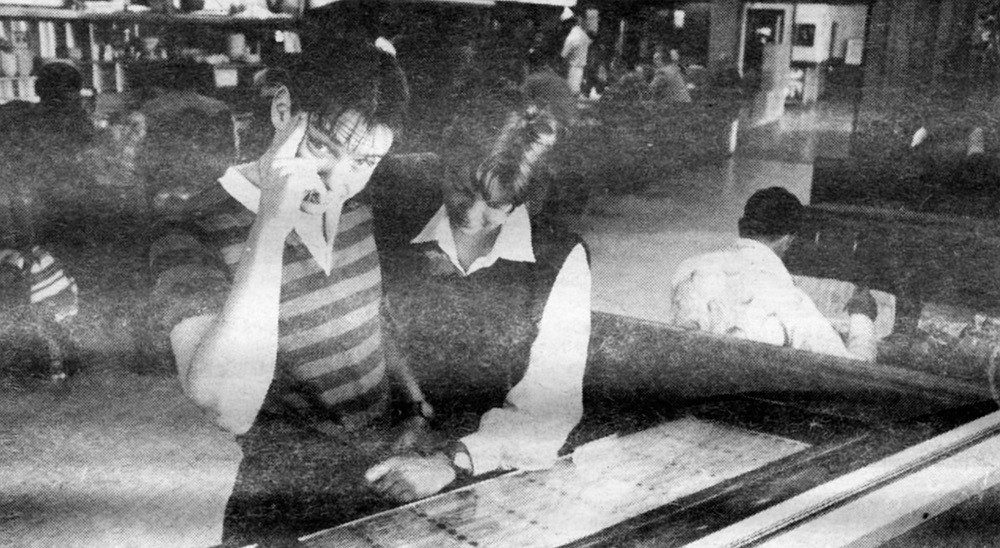 Something made me feel good about meeting people at the Y. They were strangers when I got there, and are strangers to me still.

A Small Room at the End of the Hall

So please, let me take your picture. Let me take your picture! I want to see what you think of yourself. If you’re proud and sure, you’ll look right at me. If you’re scared and are wishing to hell that I would leave you alone, that I’d let you live in your shell and not have to be looked at or asked a question or an opinion, then you’ll turn away. You’ll turn and you’ll laugh. Because you feel that I’m taking something away from you. 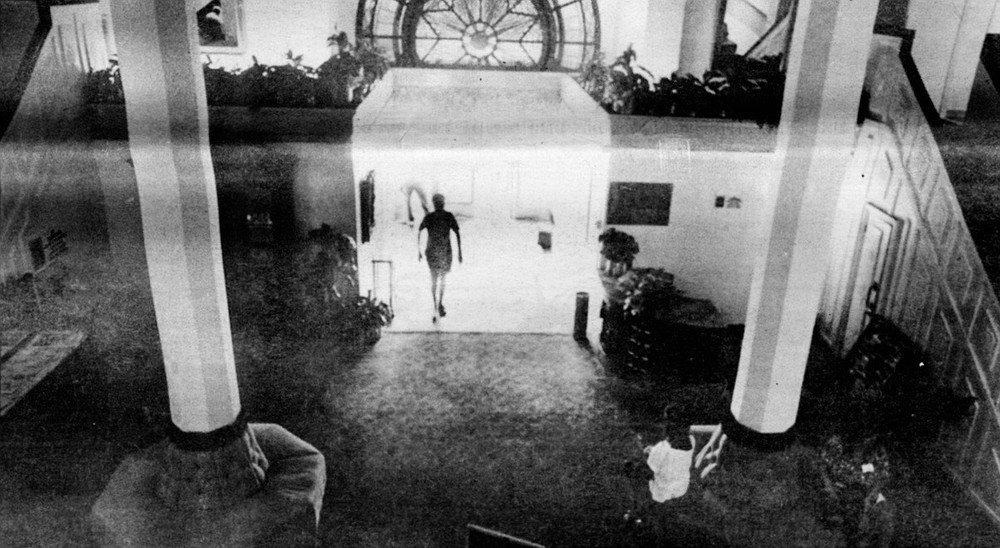 Hotel San Diego lobby. Biggers pointed out a huge, bricked-up hole in the back wall of the hotel that had connected the lobby to a bar called the Silver Dollar.

“They tore down the original hotel and put the facade in crates. Then they tore down another building and put that façade in crates. Then they built a new building, stuck the old facades on the outside, and had the gall to call it the Horton Grand. It’s no more the Horton Grand than Main Street in Disneyland was once a road. It’s a hoax. It’s a Laura Ashley fake. They even claim they’ve got a ghost!” 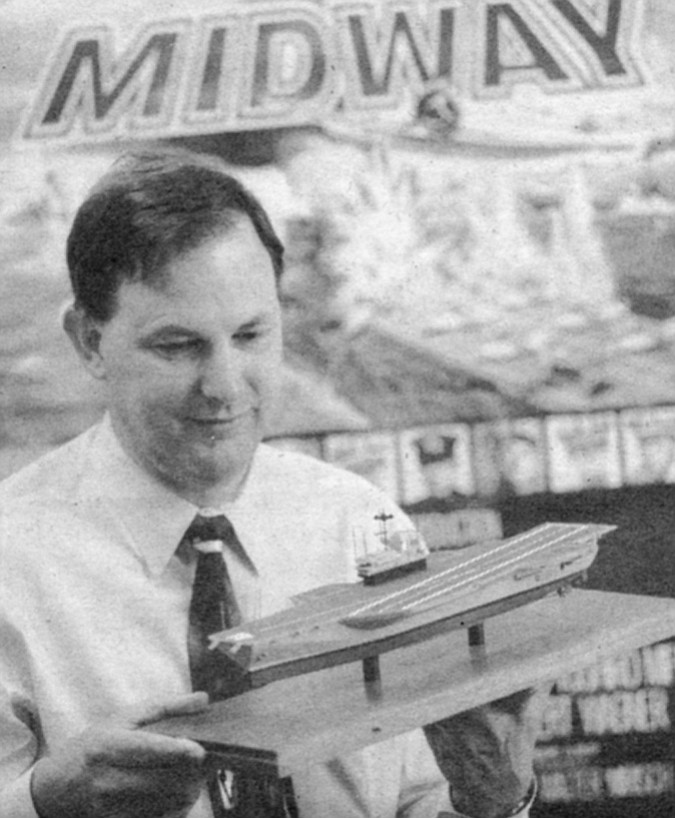 Alan Uke with model of the Midway: "At $7 a ticket, that would make us profitable in the first year."

Come Float at My Dock

The Midway will be parked this side of the pier, less than 50 yards from the restaurant. Its smokestack will reach up 65 feet higher still. Its bow won't cut off the Fish Market's main view of Coronado, but it will be a gray wall blocking the northern prospect. One of De Anda's partners recently offered the carrier group $250,000 to take their museum somewhere else, perhaps by the airport. They turned him down.” 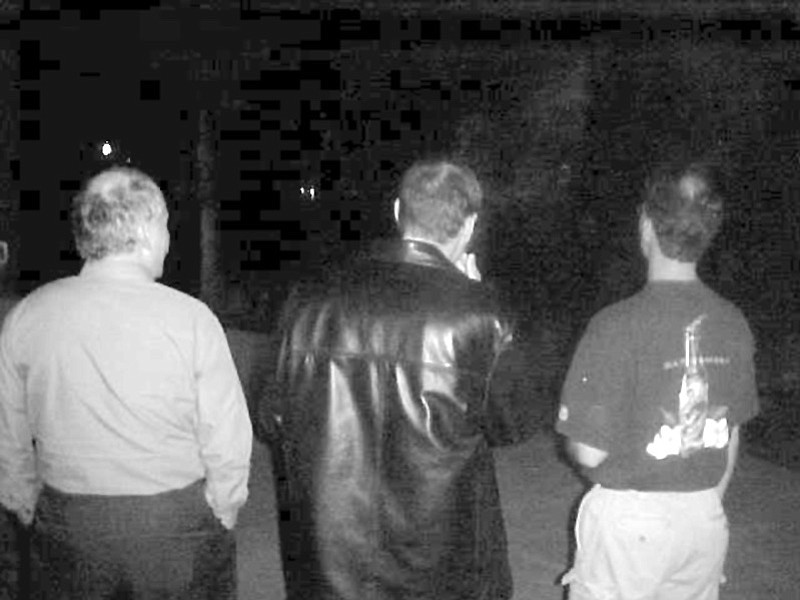 Walkabout storytellers. "The shoeshine guy pulled the trigger, and he hit Raymond right in the butt."

“There was a shoeshine stand on the very corner of Fourth and E. The newspaper guy — I think his name was Raymond — tried to break up the fight. He tried to hit this guy with a karate chop. Course, Raymond didn’t know nothing about karate. Meanwhile, the shshoeshine guy reached in back of the stand and pulled a gun and pointed it. The shoeshine guy pulled the trigger, and he hit Raymond right in the butt.”