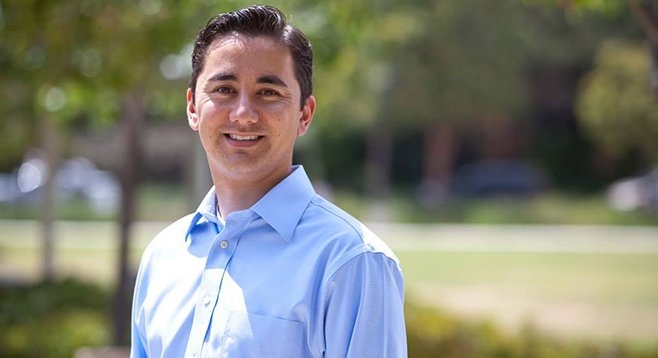 The money-stuffed fists of San Diego Gas & Electric, subsidiary of utility giant Sempra, have once against demonstrated the company's formidable political punch by injecting a sizable dose of corporate cash into an event accruing to the public relations benefit of San Diego's Sixth District city councilman Chris Cate. 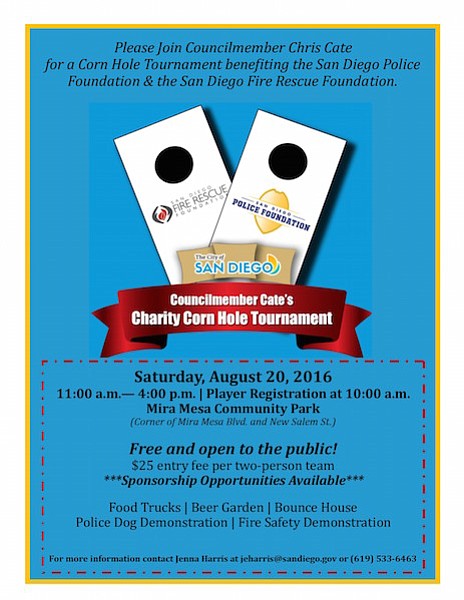 For those unfamiliar with the sport of cornholing, "Cornhole or Corn Toss is similar to horseshoes except you use wooden boxes called cornhole platforms and corn bags instead of horseshoes and metal stakes," explains the American Cornhole Association.

"A corn bag in the hole scores 3 points, while one on the platform scores 1 point."

Funding charity events with the names of local politicos attached is a key method that SDG&E and an array of other big-money special interests seeking favor at San Diego's city hall use to gain influence over decisions and endorsements of the elected officials. 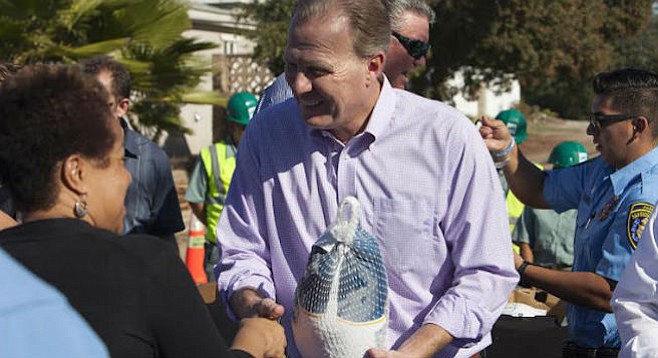 A master of the game has been ex-lobbyist Cate's political mentor and fellow Republican, San Diego mayor Kevin Faulconer, a former PR man whose One San Diego nonprofit pays for his annually televised Thanksgiving turkey handouts in the city's poorer neighborhoods.

The mayor’s charity, closely overseen by his wife, has accepted hundreds of thousands of dollars from corporate donors with business at city hall, including SDG&E, which has made repeated tithings, including $25,000 in March of last year, and the same amount this May.

One of SDG&E's biggest influence plays of late turned into a brief run on the website of the San Diego Union-Tribune, owned by the controversial Chicago-based tronc, Inc. newspaper chain, which has drawn scorn in some quarters for touting use of automation and sponsored videos to increase its flagging revenue. 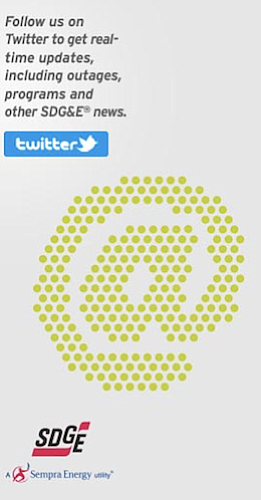 SDG&E enjoyed a brief two-day advertising monopoly in the U-T.

The debut of the U-T's redesigned site earlier this month was heralded by an exclusive deal with SDG&E, which enjoyed a brief two-day advertising monopoly before the campaign was taken down, causing speculation that the run’s tenure had been truncated due to questions that emerged regarding the propriety of the arrangement.

This past February, SDG&E advertised for a communications director who could "support company visibility efforts, including but not limited to social journalism, thought leadership, speaking opportunities and awards programs.”

Among other big-money endeavors to sway specific policy outcomes, SDG&E parent Sempra spent $83,986 to influence Faulconer’s so-called climate action plan, according to a company disclosure filing this past January.

RE: "the sport of cornholing." When growing up, that term meant something totally different.

I never heard of this "sport" before but I have sure heard of the other and, in some areas of town is still practiced nightly.

Cate is the best council member money can bye. Does nothing but will take money!

I wonder what SDG&E will get for this? Cate is always taking money in but just try to get him to do his job and help his district. Clairemont is a total mess with very little code enforcement happening but Cate does nothing about the real problems.

Another case of Republicans and their rich owners stuffing something right up the voters corn hole. 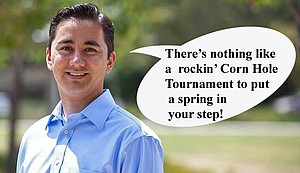