Not just a home — a soaring tour de force

A potential front seat at the convadium 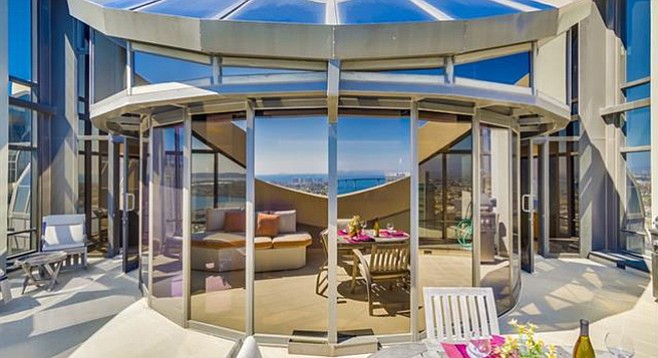 The Harbor Club condominium complex, comprising two towers at the foot of Harbor Drive across from the convention center and blocks from abundant dining and entertainment opportunities including Petco Park (and maybe, possibly, someday a downtown football convadium), is one of the most sought-after addresses for downtown condo buyers. 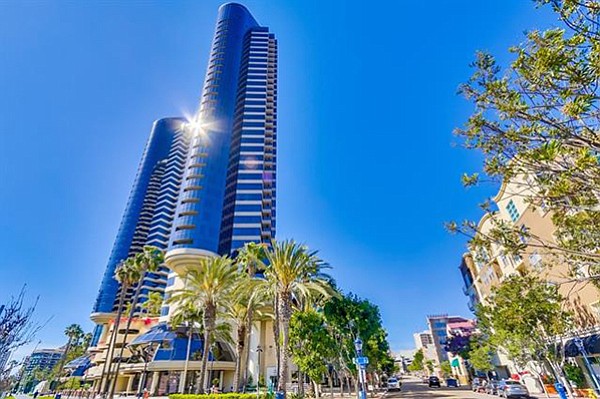 Mid-sized units in the lower and middle floors of the towers are regularly listed for sale with asking prices approaching or exceeding $1 million. But unit 3901 of the south tower (200 Harbor Drive) takes over the building’s entire top floor, commanding views across both city and bay throughout its living area totaling more than 4000 square feet. 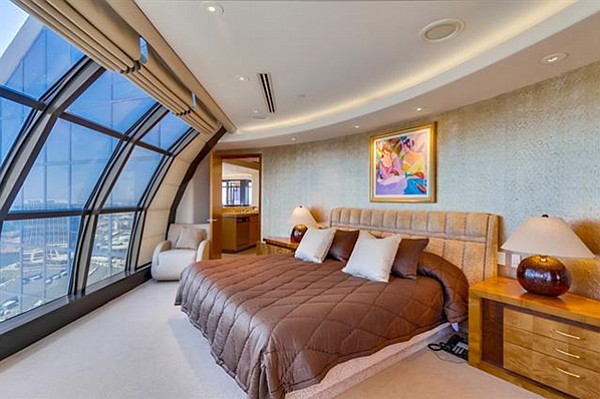 Billed in listing materials as a “soaring Tour De Force” that “lays claim to downtown’s most luxurious lifestyle,” custom crafted by the owners with the assistance of respected local designer Arthur Porras, the unit was purchased as an open shell where they “spared no expense in creating this opulent, contemporary residence. 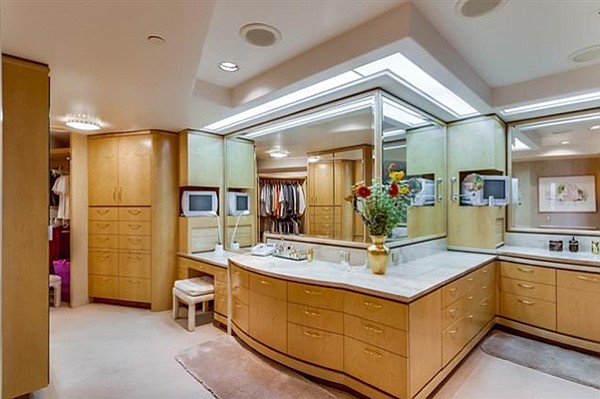 “No detail was overlooked; retractable televisions in several rooms are part of custom designed credenzas and storage units,” the listing continues. “Take note of the floor plan which was arranged to make the most out of the building’s architecture. The spacious and grand living and family room areas make perfect use of the curved sections of the windows where the sky is invited inside. Luxuriously-appointed baths feature ample closet space. Rich wood cabinetry, walls and trim add a warm contrast to the steel and glass façade of this striking tower.” 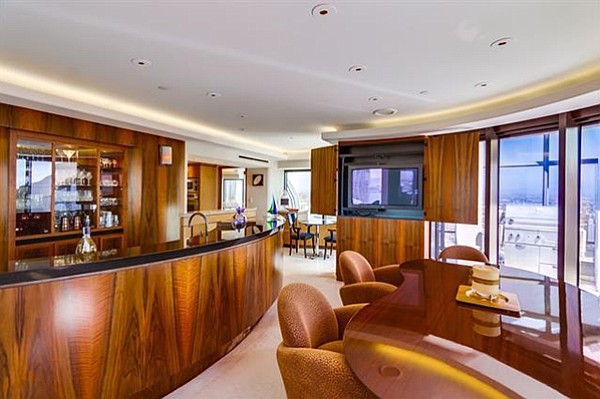 Curved glass walls “seem to grasp the sky,” while a “chef’s kitchen is adjacent to the spacious bar area and dining room,” as well as an “impressive outdoor terrace which utilizes the architecture of the building to provide wind-breaking walls which only enhance the dramatic atmosphere.” 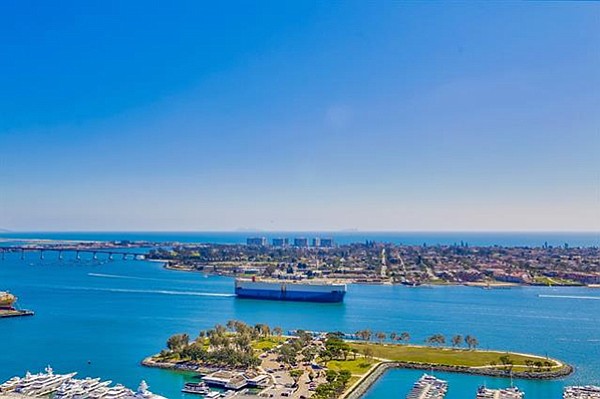 The views around the unit are varied, each “offers up its own unique visual feast; Petco Park and the towers of East Village to the East, the buildings of the city center and the rolling terrain of Hillcrest and Balboa Park to the North and the span of the Coronado Bay Bridge and the Silver Strand to the South.” 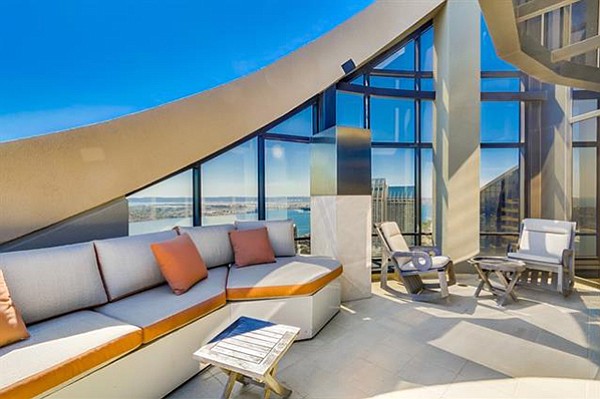 Also included with ownership, and the attendant $1288 monthly association fee, is access to an on-site fitness center, a pool/spa area with barbecues and firepits, and a clubhouse for entertaining large groups. The unit has underground parking for three vehicles, while the building is secured by 24-hour security and home to an outlet of the tony Chicago-based Morton’s steakhouse. 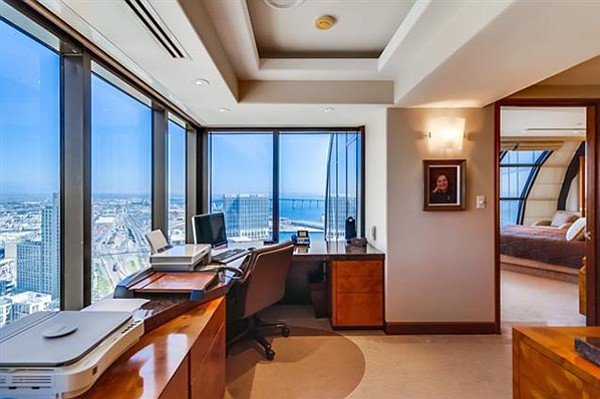 The unit’s current assessed value is just north of $2.5 million, which carries with it an annual property tax bill of $30,206.

In an offering that the list agent bills as the first time the property has been on the market since it was constructed, the south tower penthouse went up in mid-April with an asking price of $5.9 million, which remains unchanged to date.