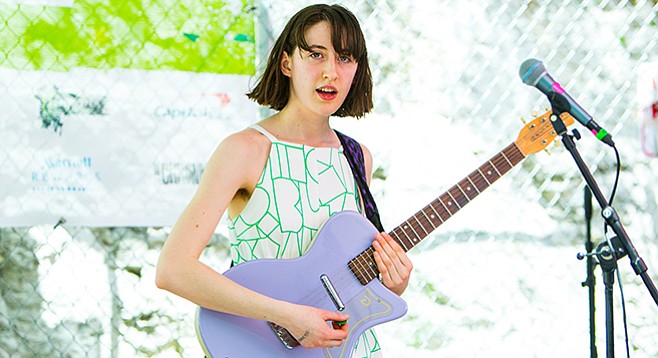 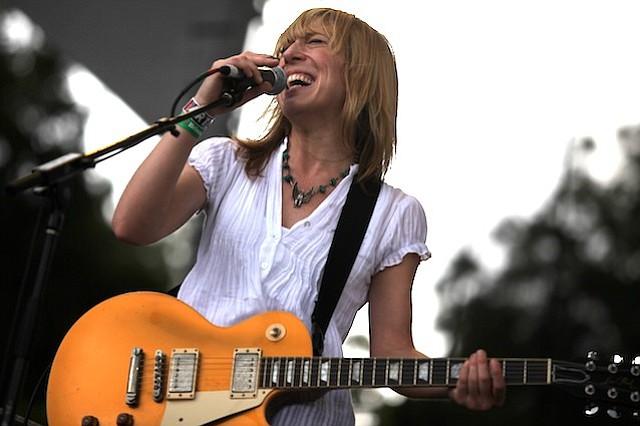 Blues-rocker Erika Wennerstrom of the Heartless Bastards hits the Casbah stage on Thursday.

Thursday 29
Actors Phoebe Cates and Kevin Kline made a baby, Greta Kline, aka Ingrid Superstar, aka Frankie Cosmos, a talented singer/songwriter of the NYC anti-folk variety. Lyrically charmingly verbose but musically concise, Cosmos writes poetry for guitar tabs, like Liz Phair reworking the Lou Reed songbook, but with cheekbones and bangs instead of T&A. This year’s Next Thing, a critics’ hit, is a little bit precious and a lotta bit essential listening for you pop-poetry types. Or as New York Magazine states, “[Cosmos] is a melodic reminder that the wisest, wittiest person in the room is rarely the loudest one but instead that unassuming girl in the corner, grinning contentedly at her untied shoes.” With Next Thing, Cosmos has tied her shoes and is mingling. She takes the all-ages stage at the Irenic Thursday night after dream-pop Seattle act Iji.... Else: that bare-bones blues rocker with the massive voice Erika Wennerstrom (Heartless Bastards) visits Casbah Thursday night with Swedish alt-rock vet Petter Ericson Stakee (Alberta Cross)...Italian composer Fabio Frizzi, who has scored more than 70 films, brings his Zombie Apocalypse Tour to Brick by Brick...while electro-maestros Rob Garza and Eric Hilton’s sonic smorgasbord Thievery Corporation plugs in for two sets (7 and 10p) at Belly Up. 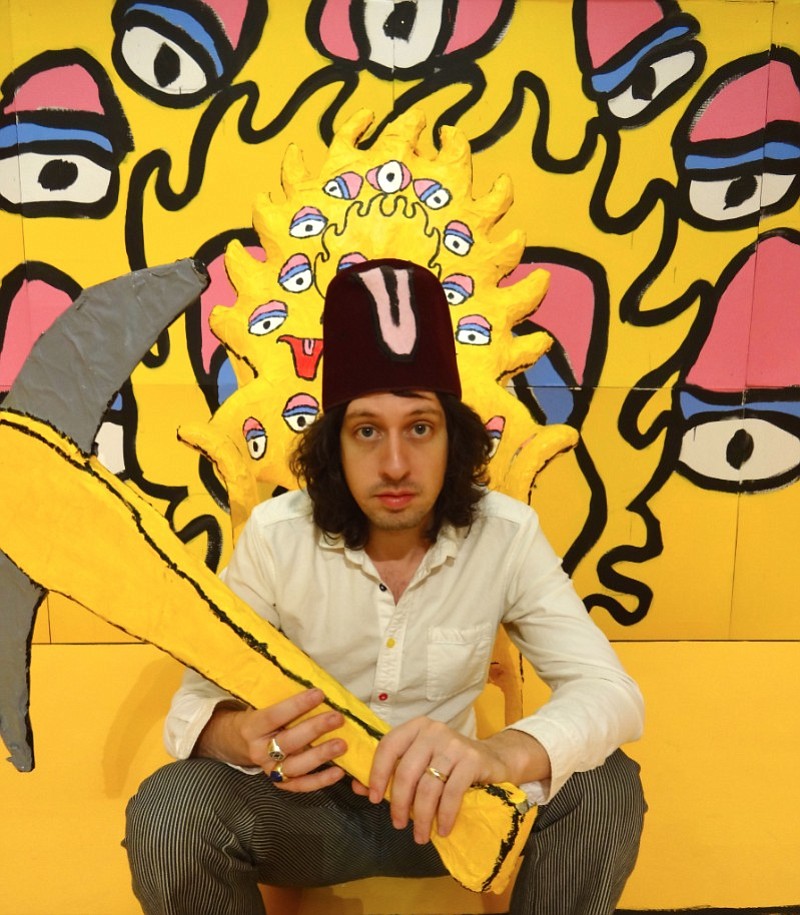 Friday 30
Looking for an excuse to visit Blonde Bar in Mission Hills, to see/hear what’s what after the Dynamite blows? Friday’s as good a night as any with anti-folkie Adam Green (Moldy Peaches) onstage. Green is probably best known for his hand in the Juno film soundtrack and is looking for lightning to strike twice as he tours through town on the back of a musical movie of his own making (as if the title doesn’t give that away), Adam Green’s Aladdin. Our own Creature & the Woods and Coral Bells open the show.... Local Volar Records is celebrating its seventh anniversary at the Whistle Stop Friday night, with a record-release set by Teach Me (members of the Sess, Beaters, and Mrs. Magician), as well as Flat Worms (members of Thee Oh Sees and Kevin Morby’s band) and Keepers.... Best of the rest on Friday finds Seattle-based singer/songwriter Rocky Votolato celebrating ten years since his Barsuk debut, Makers. Rocky’s at Casbah with Chris Staples...Pirates meet the Irish when the Dread Crew of Oddwood and Lexington Field split a pub-rock bill at the Merrow in Hillcrest...while up in the Heights Friday night, indie-rock Atlanta band Gringo Star (“the psychoactive ingredients of their echo-slathered, doo-wop-indebted indie gems: psychedelic garage bangers, gritty R&B shuffles, and spaghetti-western weirdness”) takes the Soda Bar stage after the Relationship (feat. someone from Weezer, if that sways ya)...while right up the street, the Hideout hosts something called Disco Goth, featuring lo-fi locals Glass Spells, Soft Lions, Subtropics, Dancing Strangers, and Dream Joints. 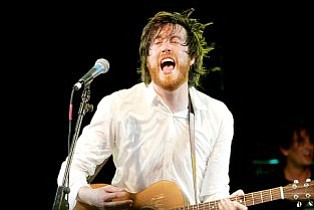 Will Sheff and this year's Okkervil River will take Belly Up Away on Saturday.

Saturday 1
This year’s version of Will Sheff’s Okkervil River flows into Belly Up behind their latest, Away. Just took a quick spin through it and apparently it’s lots of songs about death, and with the lead-off track called “Okkervil River R.I.P.,” I wouldn’t expect to hear too much (if any) Black Sheep Boy or Stage Names. But it’s Will Sheff! Brooklyn band Landlady, garnering comps to the Band and Talking Heads for their mad skills and experimentation, will open the show.... Kristian Dunn and Tim Fogarty are loopy L.A. instrumental duo El Ten Eleven, and they will wind up the Music Box Saturday night behind their latest post-rock record, Fast Forward, after one-man (Henry Kohen) loop band Mylets.... Saturday also sees Philly hip-hop duo Moosh & Twist taking the stage at Casbah behind their debut, this year’s Growing Pains. L.A. via N.Y.C. rapper/singer Bryce Vine sets that up...while New York dream-pop/trip-hop duo Phantogram play the Observatory with producer James Hinton, aka the Range.