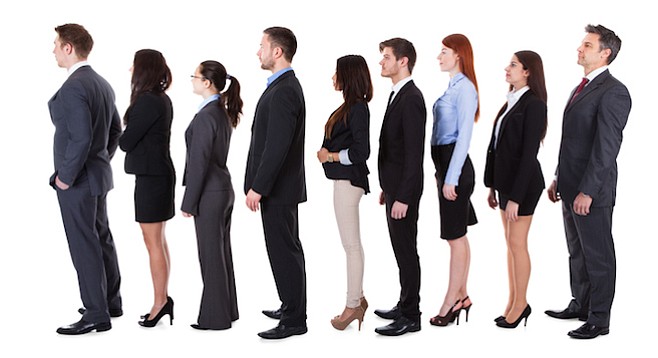 I tell them my name is Ernie Klein, I'm 42 years old, and I'm unemployed

Finally, after tapping her forehead with a pencil and then looking through a pile of papers on her desk, she says, "I have a pretty good opening for a shoe salesman. Would you accept that?" I know she can't make me take it, so I say, "I don't think so, no."

"You look like you could sell shoes." i'm not sure if that's a compliment or an insult, so I just let it slide by. 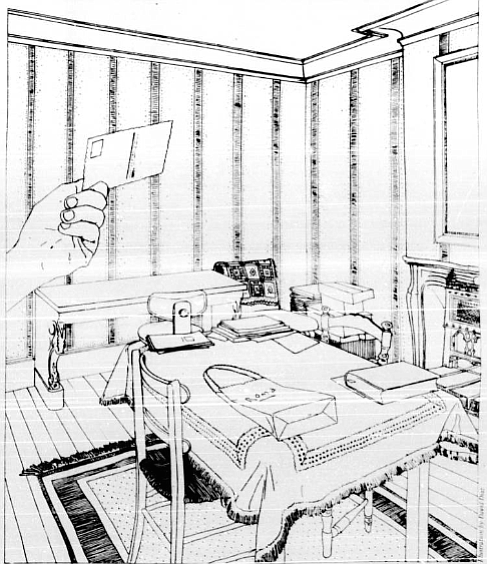 I told him he could sleep in my apartment until the first of the month but that afterward he'd be on his own.

He was in every respect the same as when he’d left. He stayed in my apartment as long as he could, and when I’d moved to Leslie’s apartment, which wasn’t far away in Hillcrest, he followed and slept in my car. Not only had he slept there but had vomited in the back and then had tried to deny it. This was the cause of a terrible, shout-down argument. I had changed, I told him. 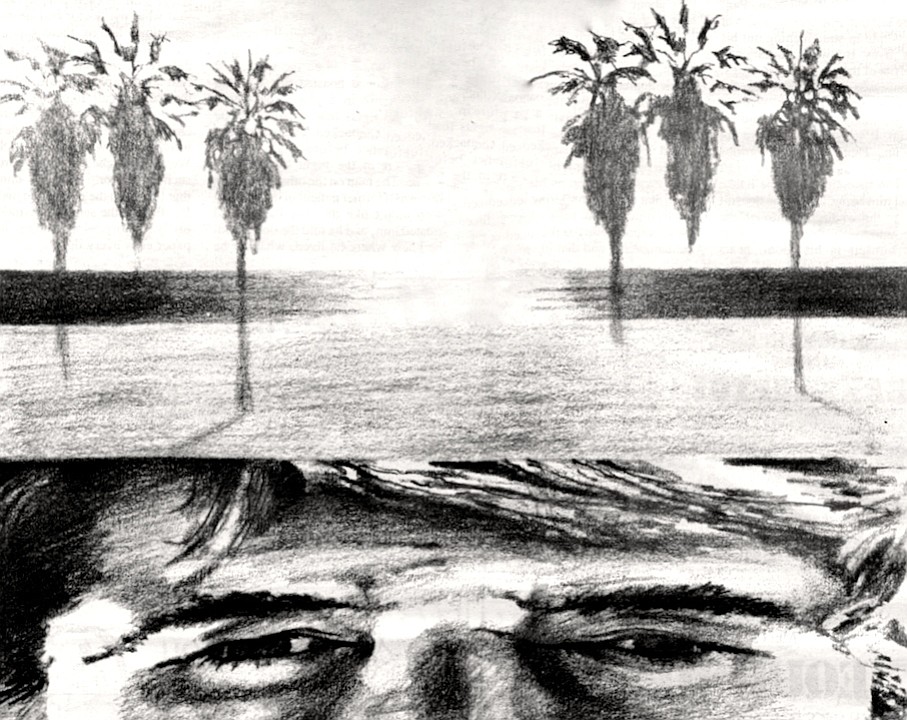 The jetliner that fell into North Park that September brought with it the beginning of Tom's ill fortunes.

What Ever Happened to Tom?

In early August I was awakened by the phone at about five o’clock one morning. Tom was in jail. He’d been arrested at the rooming house. There had been a quarrel between a female neighbor and one of her many lovers. A gun was involved. Tom, however, had been there as a peacemaker, and when things were clear he was released and not charged. I went to pick him up. We drove to Pacific Beach to talk. 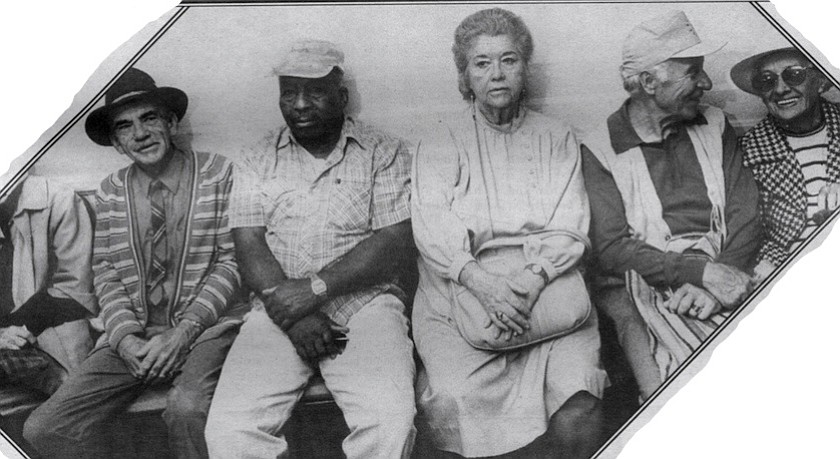 At the Broadway Senior Center free movies are shown in the dining room. You may find it difficult to hear the soundtrack because of loud jabbering by some members of the audience.

The Skin of Their Teeth

Where are the best food bargains in downtown San Diego? Five-pound packages of nonfat milk powder can be purchased at the S and F store located at 15th and G streets. In front of the S and F early weekday mornings, a truck sells fruits and vegetables at bargain prices. A block away, at 16th and G, is the GTM, which has good buys in dried cereals and canned beans, and sometimes in peanut butter and soda crackers. 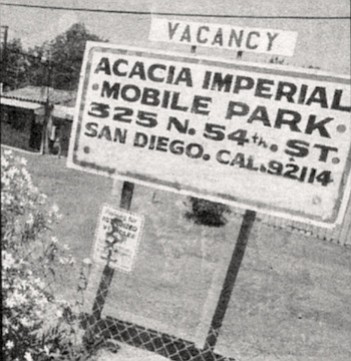 The park is home to 240 people who live in 93 trailers. The surrounding community is African-American, but the park has no black residents.

Larson gazes out the door toward a row of trailers and says, more to himself than to me, “We have people on AFDC (Aid to Families with Dependent Children) or welfare or on fixed incomes, and they don’t really have enough money to live on. Unfortunately, I end up paying out of my pocket for propane or food for the kids. It seems like everybody gets a check on the first and it lasts a couple weeks. 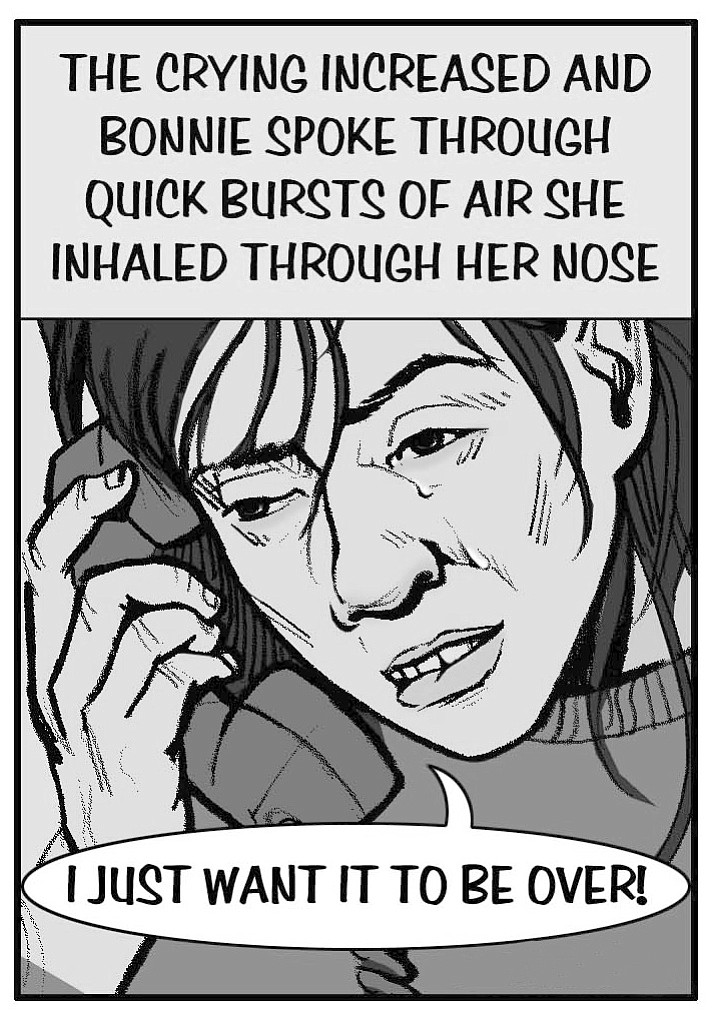 Matthew and I went back and forth. “They are adults, and they don’t have their kids with them,” he said. “They can go to a shelter.”

“They’d never get in at this time of night. I think this is Christ asking us to give even when it’s inconvenient.” I called Bonnie back to see if I could call my credit card number in to the office. She had Clyde run down and check.