Jeff Feuerzeig on creating a character 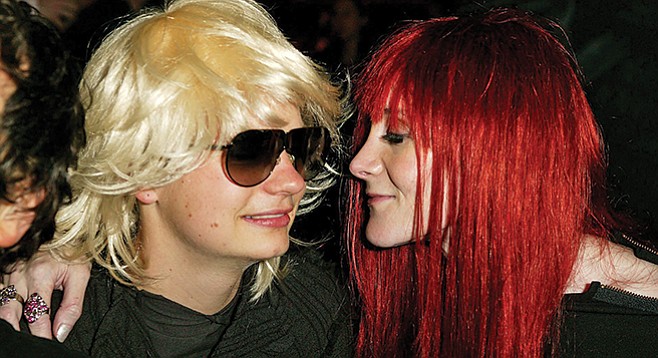 Matthew Lickona: When the scandal breaks about author Laura Albert having created the author JT LeRoy, you give us several phone messages from Laura’s answering machine, urging her to get a huge book deal right away, to mine good publicity out of the bad publicity. But she didn’t take that advice. Instead, she went silent for ten years, and then let you make a film about her.

Jeff Feuerzeig: I can tell you what I know about how I came to make the film. A journalist friend of mine, Paul Cullum, who writes for LA Weekly, knew that there’s nothing I love more than a great “truth is stranger than fiction” story. He said that I ought to check out the JT LeRoy saga, which, when the scandal broke, was being labeled “the biggest literary hoax of all time.” It generated a massive amount of ink. I read it all, and I just had this feeling that there was more to the story, perhaps much more. There was one voice glaringly missing, and that was the voice of the author of the fiction — both on and off the page. So I reached out to Laura. I sent her my film The Devil and Daniel Johnston, which deals vividly with the intersection of madness and creativity — which I came to learn played a role in this wild story. The film spoke to her, resonated with her, and she decided she would share her story with me. I came to learn that other documentarians as well as Hollywood had approached her, and she’d said no to everyone.

ML: Why did she say yes to you?

JF: She complimented the artistry of my filmmaking, how I handled difficult subject matter like Daniel Johnston’s mental illness and his art. It was because of that — because of my craft. So I made this subjective film, with her telling her story, because I thought to myself, “Wow, if I could hear the person who wrote these books, who played this role of JT LeRoy on the phone and then was out there in public as JT’s British handler Speedie, that would be some film.” She was free to share anything and everything she wanted to share, and I found her to be very forthcoming.

ML: When you say the film is subjective, you mean that it’s mostly shaped by its subject?

JF: The agreement going in was the same as I had with Daniel Johnston: I have final cut, and my subject cannot change a frame. I am the documentarian, and she is the subject. But it’s immersive and subjective. It’s not that different from films I admire like The Kid Stays in the Picture, which is narrated by its subject Robert Evans, or the film Tyson by James Toback, which is all told by Mike Tyson. Errol Morris set a precedent for films like that with The Fog of War and The Unknown Known. I love that style of nonfiction filmmaking. It’s a choice: my biggest influence has always been the New Journalism of the ’60s and ’70s. When Tom Wolfe wrote about it in his article “The Birth of the New Journalism,” that, for me, was like the invention of fire. All the people he anthologized — Gay Talese, Norman Mailer, Joan Didion, Hunter Thompson, Terry Southern — they were all heroes of mine. They made nonfiction reading more literary. I’ve been trying to do that with my films.

ML: But you do include a few other voices besides Albert’s.

JF: They were a necessity, and I’m happy that they were happy to share their stories. They were people in the first act of the film; the therapist Dr. Owen, the transgressive author Dennis Cooper, the literary agent Ira Silverberg, the editor of the books she wrote. They were there before Savannah Knoop started being the body of JT LeRoy out in public, when the boy JT LeRoy was just a voice on the phone. Without their perspective, there was no way to tell the story. 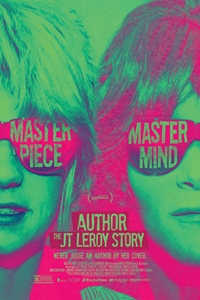 ML: Speaking of voices on the phone, you include an astonishing number of recorded phone conversations — Albert hearing from friends, family, celebrities, artistic collaborators...

JF: It’s a coincidence, but Daniel Johnston was an incredible self-documenter. His early notebooks, audio recordings, Super 8 home movies, a wealth of archival material that creates an immersive experience. I couldn’t have known when I reached out to Laura that she was also a massive self-documenter. She gave me her archive, and it was even larger than Daniel’s. It included all her childhood notebooks, recordings from when she’s 15 years old in the group home, those amazing Super 8 home movies that you see, hundreds and hundreds of photos...