How long can a culture built on insincerity last? 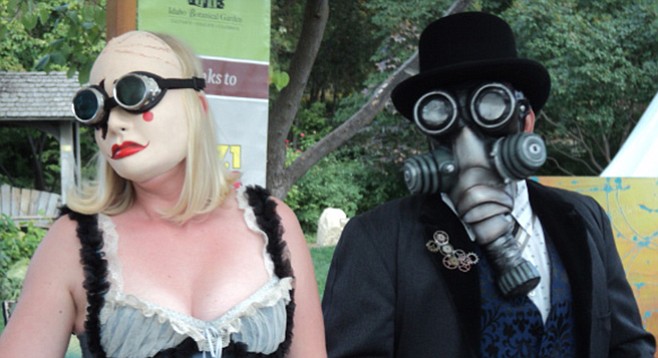 I’m an admirer of many aspects of Hipster Culture — craft, style, literacy, simplicity, girls in pleasant dresses, for instance. But I worry that it’s a culture doomed to failure, because it’s built on irony. You mentioned David Foster Wallace in a recent answer. He opined that irony is a toxic force in society. I’m inclined to agree. Irony — in the sense of ironic mustache/T-shirt/bow tie — is the opposite of sincerity. How long can a culture based on insincerity last? Or maybe I am making the mistake of thinking hipsters want their culture to last. Is the whole point of being a hipster a nihilist rejection of the idea of building lasting culture?

I think it helps to put your broad contention into more concrete terms. Imagine the world in about 200 years, when we all live in a cool Matrix-y dreamscape where Mark Zuckerberg’s zombie ghost sustains itself on humanity’s collected lifeforce, and China finds a cheap way to manufacture “food,” so we basically eat nothing but synthetic burgers.

In that glorious world, will we look back on the quirky, tongue-in-cheek song stylings of Vampire Weekend with the reverence today’s musicologists reserve for Beethoven?

Will college freshmen learn about locavorism (as the logical heir to existential metaphysics, natch) in their Intro to Philosophy seminars?

Will future historians speak of the little black dress, the bikini, and the hipster asymmetric hairdo/floppy hat combo as equal players in the story of emancipatory women’s fashion?

My best and only answer to that is, “How should I know?”

One of many funny quirks about that which “endures” is just how random fate can be. Instead of going forward 200 years, go back 200 years and take a look at what passed for pop culture in the early 1800s. Titanic literary figures from that time include Wordsworth, Coleridge, and Keats... but you know who was poet laureate of England, i.e. the Michael Jackson of his era? Some irrelevant dude named Robert Southey.

Never heard of him? Neither had I till I looked him up.

So, if you’ll pardon my rhetorical time-traveling, I think it’s easy to see that the relative lastingness of any culture, its proponents, or its artifacts is subject to a great deal of historical caprice.

Now, bringing that back around to the thrust of your inquiry, I’d say that there’s no difference between a culture built to last and one designed to thumb its nose at the very sincere idea of enduring. Plenty of insincere cultures have endured. Look no further than the continued existence of punk rock — a culture hell bent on self-destruction since its inception — for proof of that. On the flip side, some erstwhile bastions of earnest sincerity mean almost nothing today. When was the last time you heard anyone beating the war drum of, say, the Temperance movement? Swearing you’ll never touch whiskey again after a hard night at the karaoke bar definitely doesn’t count, so don’t even try.

In the end, being cool isn’t so much a nihilistic rejection of any attempt at building culture as it is a fatalistic acceptance that there isn’t a whole lot of control over whether or not one’s culture will endure. Better to think of creating a culture that seems to matter right now.

Sed contra... "to think of creating a culture that seems to matter right now" could lead one into serious error, could it not? Slavery and the culture that was built on it mattered for the South in 1961. So much so that they fought a gruesomely bloody war to preserve the institution. One could argue that had their culture been built on the stronger, enduring principles -- such as those enumerated in the Declaration of Independence (ironically, written by a slave owner) -- they wouldn't have built a culture on the cracked foundation of slavery.

Granted, I have strayed WELL outside the bounds of hipster culture here. It was to illustrate a point.