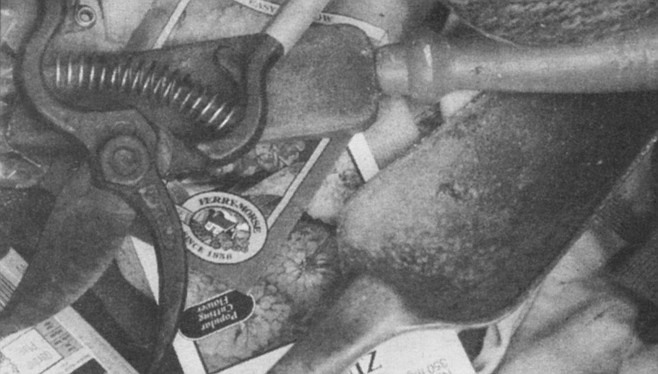 The Julia Child of gardening

“Chickweed is the main winter weed of my garden, and in a way I don’t mind because it’s edible.” She pulls up the tiny plant, its leaves not so feathery as cilantro, and eats it.

“Don’t confuse it with scarlet pimpernel, which has a pink flower. This has a white flower and it’s a better antioxidant than almost anything other than spinach, so I eat a little every day when I’m out in the garden.” 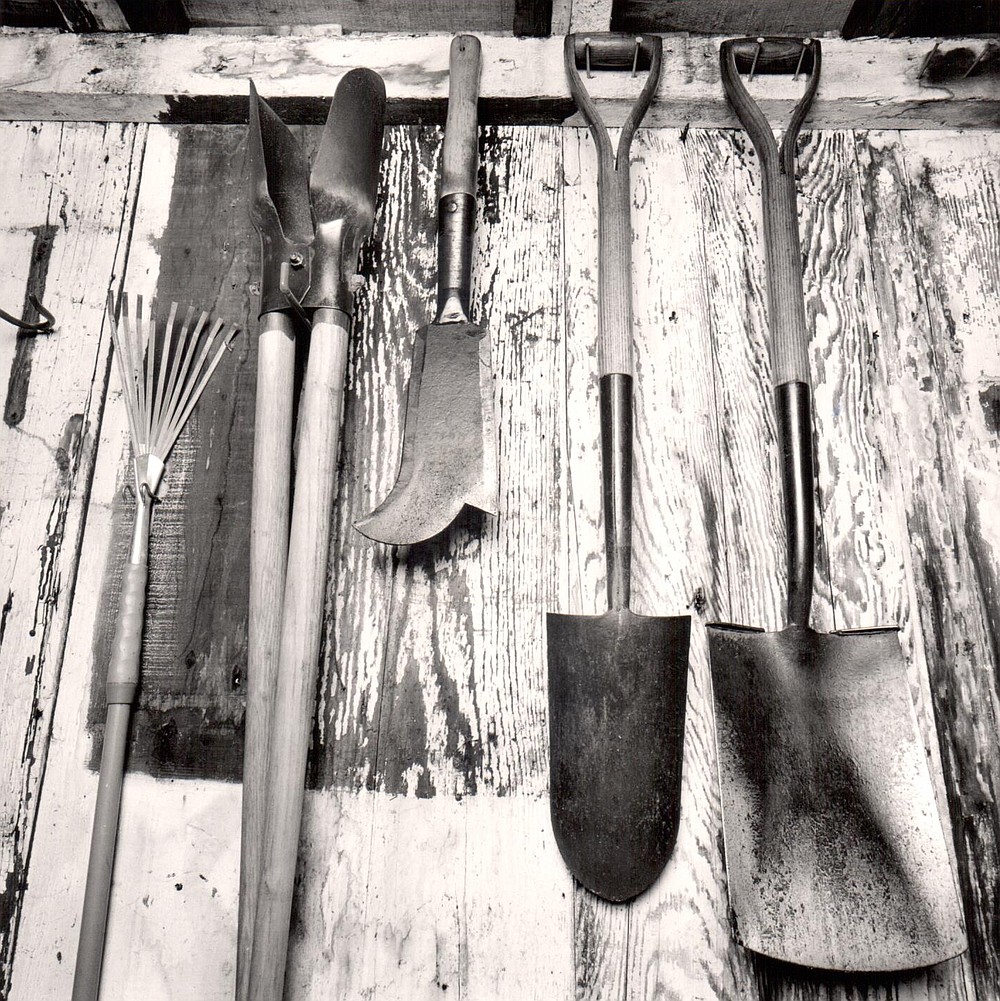 I fiddled with the irrigation system, ending up with a muddy trench along the front walk, a rusty valve that snapped off in the jaws of the pipe wrench, and a miniature geyser undermining a corner of the bean patch.

The Priority of Gardens

Okay, so this is me after a day of gardening up on Fire Mountain. I have a number of reasons to feel out of sorts. The chrysanthemums are blooming, months ahead of schedule, I fiddled with the irrigation system, ending up with a muddy trench, a rusty valve that snapped off in the jaws of the pipe wrench, and a miniature geyser undermining a corner of the bean patch. Aphids are amuck in the day lilies. 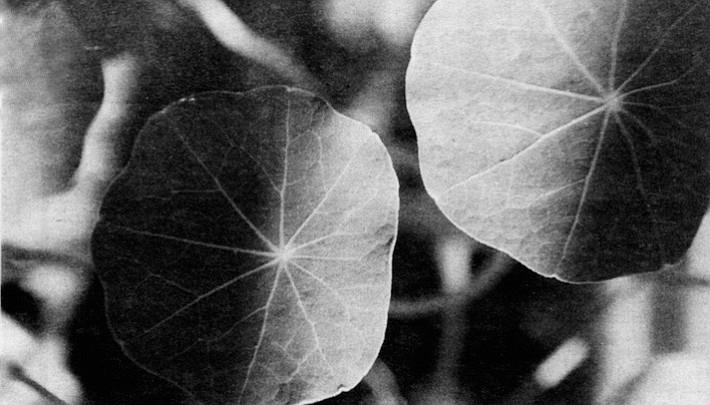 The nasturtiums I planted last spring have matured in their flower bed and annexed every available inch of arable dirt.

Debris of an Early Spring Garden

When did you become such an avid gardener?” Anthony asks “Oh, I don’t know,” I say, my mouth dry. “It was last April. A week or so after my father died. One day I came home and just started weeding. This place was a mess. I came home and started weeding, and the next day I started planting all the seeds I could buy. It sort of became an obsession, but, I guess, a harmless one.” 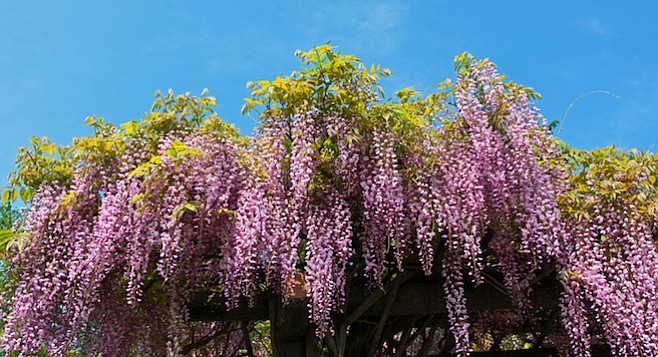 The late Henry Huntington once bought a whole garden simply to preserve a superb specimen of wisteria, a vine believed to be the oldest Wisteria floribunda in America.

The Moment Leaves Started to Turn

The late Henry Huntington once bought a whole garden simply to preserve a superb specimen of wisteria, a vine believed to be the oldest Wisteria floribunda in America. Perhaps he saw it in winter, when wisteria is bare like a man's arms. That's when its true capacity is revealed to you, its power to entwine, suffocate, merge, and topple. Wisteria can break concrete or strangle a tree. 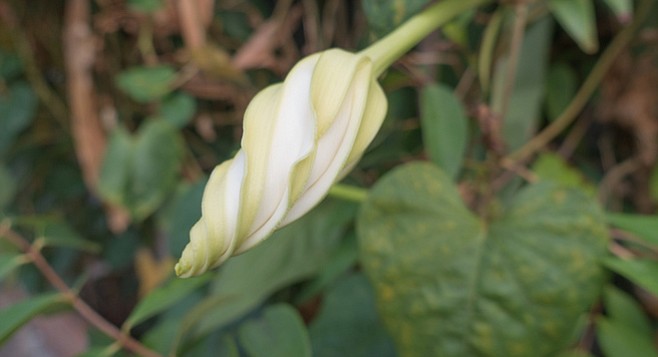 The moonflowers were the most precious to me. They were mysterious. I doted over them.

The Lesson the Moonflower Teaches

He showed her that everything he’d planted had grown: the cosmos, the tomatoes, the chamomile, the mint, the marigolds, the nasturtiums, the baby’s breath, the basil, the oregano, the anise, the dill, the larkspur, sunflowers, moonflowers. Even a weary purple trumpet vine he’d bought on sale and transplanted to an old clay pot was sending out tendrils and latching onto the fence. It seemed he could grow anything He pointed out all of this to her. 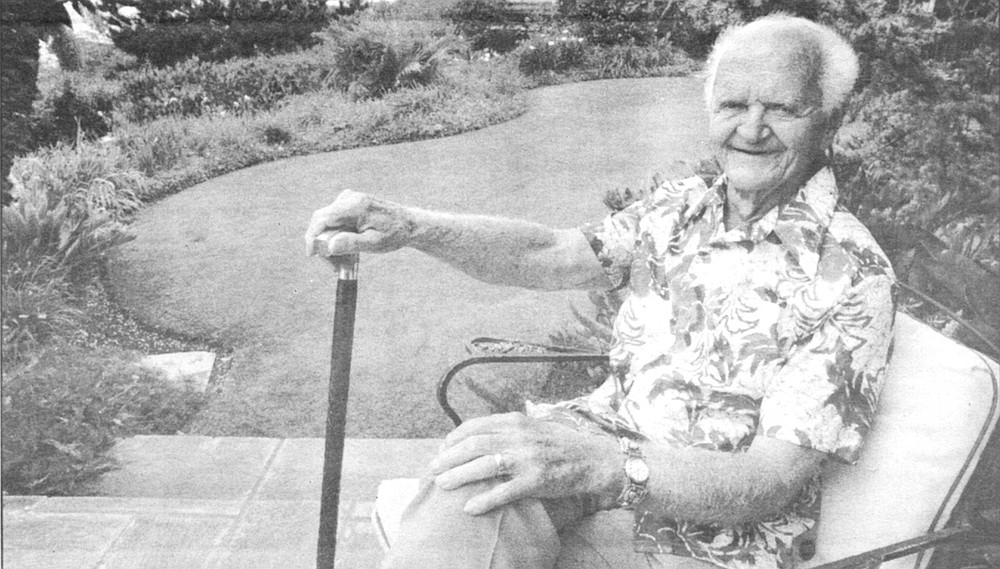 Sin Jen recalls a disaster that struck San Diego before the war: When the water from Hoover Dam was first used in California, it was too salty and killed all the begonias and acid-loving plants.

Get That Gorgeous Girl Out of That Rock

Sin has hundreds of gardens all over the county, many in Point Loma and Rancho Santa Fe.. I have talked with a few of these lucky people. They regard Sin with affectionate wonder and tell stories about his skill and the strength of his vision — tales of plant identification, coaxing branches down to the ground, daredevil pruning. In a garden in Point Loma, he grafted a red leaf plum onto an apricot because he wanted the color. 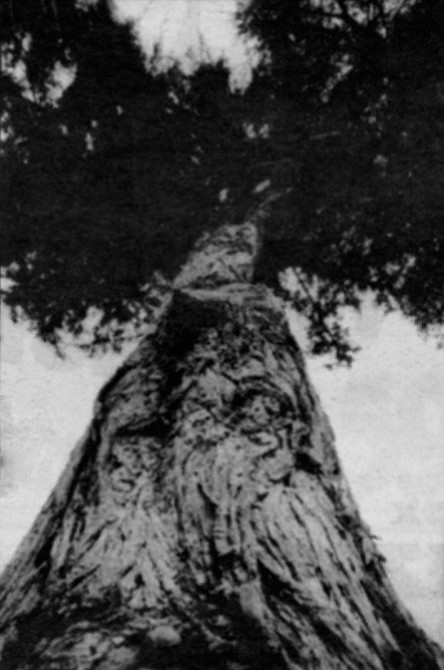 There was once a Monterey cypress growing near the railroad tracks at the end of a street on top of a cliff in old Del Mar. For a hundred years or more, this tree had thrived.

About 40 years ago, shortly after Lou and I built our home and every penny counted, I climbed to the top of a large Monterey cypress tree outside our bedroom and cut off its totally dead top section. The dead portion was over ten feet tall. My mother-in-law, Frances Lloyd Wright, glanced out of her living room window, saw me astride a branch on top of the tree, and had a fit.