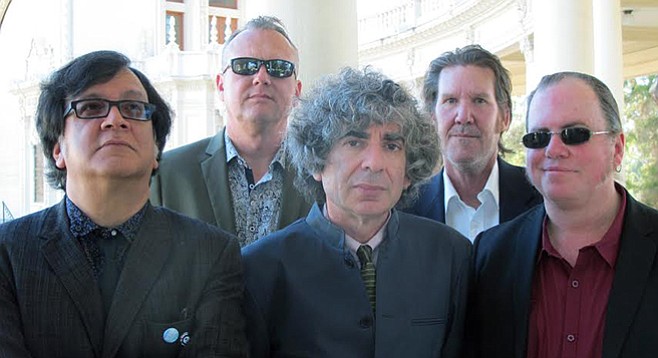 “This is the one that officially makes me feel old,” Bart Mendoza says. Manual Scan, the band he started right out of high school with a few of his friends, will play their 40th anniversary show at this year’s Adams Avenue Street Fair. Originally a quartet, the current lineup includes Mendoza and founding members Kevin Ring on vocals/guitar and keyboardist David Fleminger, with Jarrod Lucas on drums and ex-Rust bassist Tim Blankenship. Otherwise, not much else has changed. “I’m still playing the same guitar and amp that I did at our first gig,” Mendoza says. 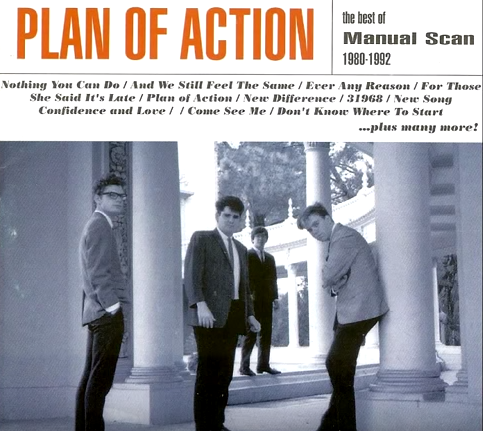 ...from Plan of Action — The Best of Manual Scan

Manual Scan was in the American mod and power-pop scene of the 1980s, a bunch of scooter-driving mods in suits. They began as Starjammer in the music room at La Jolla High School. Later, with a rotation in members, Starjammer became the Pedestrians. They recorded demos of original material, but by 1981 they were over. That’s when Mendoza and Ring got serious — sort of.

“Manual Scan was and is a bunch of school friends playing music for fun. In no way did I think it would last five years let alone still be gigging decades later with basically the same crew and a lengthy discography.”

Mendoza became the band’s chief songwriter. They gigged high-school dances and when they came of age, Hollywood and San Diego venues. In 1982, Manual Scan recorded their first EP, Plan of Action, at Circle Sound Recorders on El Cajon Boulevard in Kensington. The band’s music has been featured in such films as A Girl to Kill For and was included in the Cherry Red Records box set Millions Like Us.

They made friends here on their home turf and abroad: Manual Scan became something of a hit in Spain, an international connection that runs strong to this day. The band headlined the 2015 Purple Weekend Music and Arts Festival in León. Mendoza says the audience was a mix of old fans and new, younger fans that he says even knew the words: “There is no greater honor for a musician than to have an audience sing along to one of their original songs.”

In the decades since, Mendoza, also a pop-culture journalist and occasional Reader contributor, has become something of an elder spokesman. “For the local music community, it’s night and day. In the pre-MTV days, very few places had original music. Young whippersnappers today have no idea of how hard it was to play original music back in the day.” Mendoza indicates that there are more opportunities for bands than ever. “I see that as a good thing. It means things have indeed gotten a bit better for musicians.”