Let’s call it an open-faced sandwich 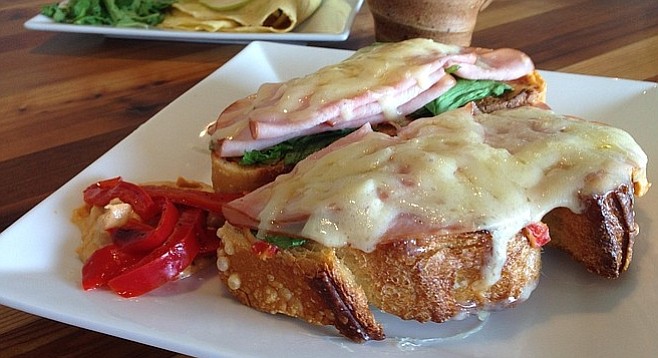 The restaurant Trust has garnered fans and sparked a bit of conversation since launching a few months ago. But it’s not the only eatery to open on the ground floor of the city’s latest mixed-use urban infill project, Park Boulevard’s Mr. Robinson building. This week I stopped by its newly opened neighbor, Refill, expecting to order a crepe. 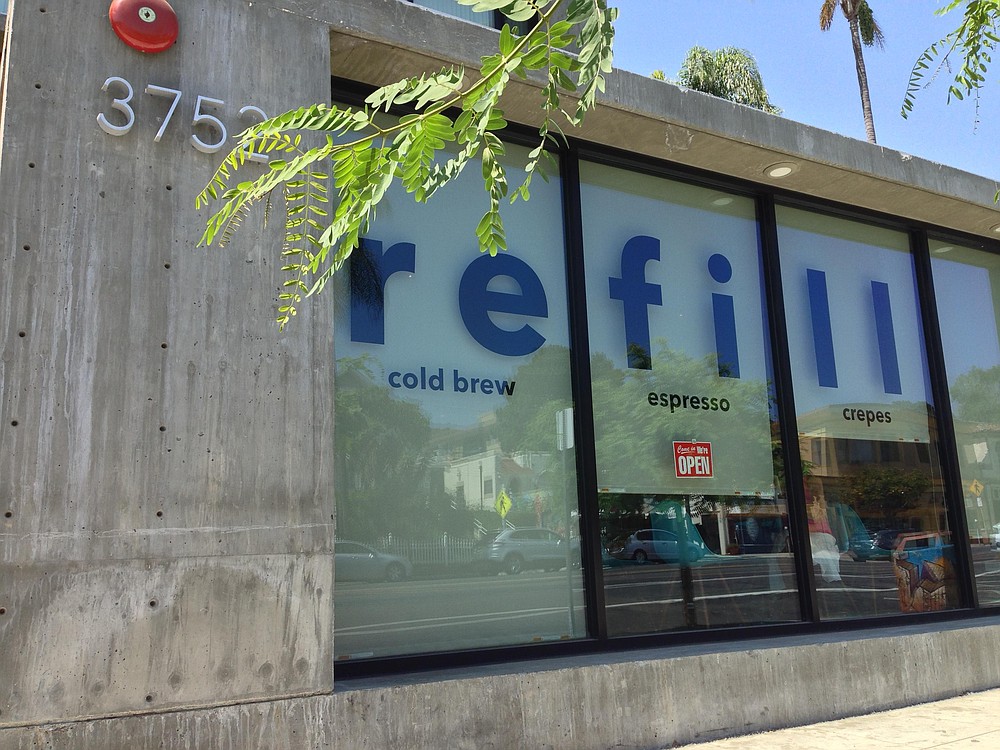 Outwardly, that seems to be the food focus of what is otherwise a coffee shop. But after spending some time looking at the menu, I decided to go with a couple slices of toast for $8.50.

Yes, $8.50 for toast. That may sound like a lot, and you may not be wrong to think so. Except recently the definition of toast has changed.

Starting in San Francisco, over the past couple years toast, otherwise known as “artisanal toast,” has become a nationwide phenomenon. It’s been ballyhooed as a profitable millennial food trend even as it’s been humorously derided as the “tip of the hipster spear.”

Thick slices of fresh-baked bread are toasted and then adorned with a variety of toppings, usually involving avocado. At Refill, a single piece of such toast goes for $4 or $5. For $8.50 I got two pieces, each topped with ham, hummus, spinach, and melted cheese. You could just call it an open-faced sandwich. Had I chosen to slap the two pieces together, I would have wound up with a rather burly ham melt. Realizing that went a long way toward making me feel better about paying that much for “toast.”

The bread component consisted of inch-thick slices of Bread & Cie sourdough —no complaints there. The red-pepper hummus and spinach made my lunch feel healthy while the tangy, nutty Gruyère piled on thin sliced ham satisfied any carnal craving. Several of the toast offerings were better suited to vegetarians including one made with avocado, truffle oil, and microgreens and another with fig jam, goat cheese, and herbs. Many of the crepes offered echoed the toast ingredients.

I enjoyed the toast, and the coffee as well. Refill serves a full menu of Bird Rock coffee, including an unheard-of four options of cold brew on tap. Since this afternoon was a scorcher, I went cold with an El Salvador origin that more than satisfied my super-snob coffee palate.

Truth is, I could well have gone with a hot coffee anyway, as the AC was pumping inside the shop. Which leads me to my favorite part — though Refill has a spacious patio, it offered no shade from the harsh midday sun. As I had my shaggy dog with me, this could have been a problem. Turns out, my pooch was just as welcome inside the café’s minimalist dining room.

Refill for the win! I may not order toast every time, but I will definitely return for a quality dog-friendly coffee shop.