This is really a “gift” question 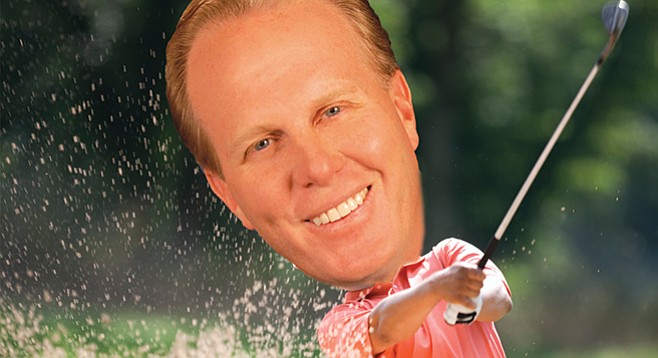 Mayor Kevin Faulconer has pledged not to seek higher office during his current term, but his best backers can always hope. Last October, email recovered from San Diego’s ethics commission shows, the mayor took off on a jaunt to the San Francisco Bay Area, where he was warmly received by the area’s Log Cabin Republicans.

“This year, the Marin County GOP’s Lincoln Dinner is especially significant for Log Cabin members. The keynote speaker will be longtime Log Cabin supporter and close friend, San Diego Mayor, Kevin Faulconer,” wrote the club’s Fred Schein. “Mayor Faulconer has worked tirelessly in pursuit of LGBT rights. As chair of Mayors for the Freedom to Marry, he focused the efforts of 400 American mayors on the achievement of marriage equality.”

Before he left town, footing Faulconer’s bill to attend the soirée became the grist of an email exchange between Charly Herzfeld, an aide to the mayor’s campaign treasurer April Boling, and ethics commission staffer Stephen Ross.

“Mayor Faulconer will travel to Marin County on Sunday to golf, stay at a hotel and attend the Marin County GOP fundraising dinner as their keynote speaker,” Herzfeld emailed Ross on September 30. “There are no plans to ask for or raise funds for his mayoral campaign. The golf is relationship-building in order to get to know more people. May the Marin Co GOP pay for his travel expenses (flight and hotel) or should the campaign pay?”

Replied Ross, “This is really a ‘gift’ question, and we normally receive such questions directly from the official being offered the gift. However, we recognize the campaign aspect of your inquiry because it involves a political event. Yes, the Mayor may use his campaign funds to pay for the trip.” Added Ross, “When campaign funds confer a personal benefit on the Mayor, they must be directly related to a political, legislative, or governmental purpose. Speaking at a GOP fundraising dinner certainly qualifies as having a political purpose.” On the other hand, opined Ross, if the Marin Republicans picked up the tab, “payments by the GOP would be subject to gift rules, rather than contribution rules, because they are not related to his campaign for reelection despite the fact they are being made for a political purpose.”

Last month Faulconer and a delegation of San Diego Democrats, including ex-Assembly speaker Toni Atkins and activist Nicole Murrary Ramirez, were back in San Francisco for the official announcement of the naming of a Navy oiler. The new ship, to be built at National Steel and Shipbuilding in Barrio Logan, is to be christened the Harvey Milk, the gay supervisor murdered by former board colleague Dan White in 1978.