Waves worth getting sick for 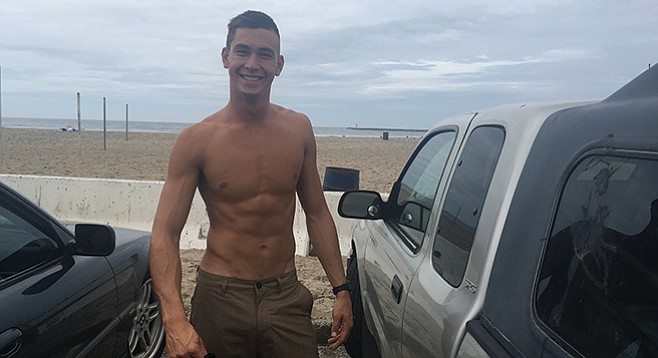 Colton Koons is in the parking lot at the end of Santa Monica Avenue peeling off his wetsuit and getting ready to head to class at SDSU. It’s drizzling. He wipes salt water and drops of rain from his forehead before packing up his board. When asked if he is worried about getting sick after entering the water when there is a surf advisory in effect, he laughs and says with a shrug, “Shoot, yeah, I probably shouldn’t be right here at the San Diego river mouth — probably not the best idea. I mean, it’s immune-system-strengthening.

“My favorite spots are here in O.B. when it rains. I like the jetty when it’s really stormy and raining. You get fun waves out there. I’ve gotten sick from it in the past — explosive diarrhea a few times, but no doubt it’s worth it.”

Koons lifeguards in La Jolla at Windansea, Black’s, and Shores.

“I surf a lot before and after work.”

His favorite surfing experience occurred at one of the beaches he patrols.

“It was a big day out at Black’s, and I saw a whale inside the surf line. I think it was cleaning off barnacles because it was maybe in, like, six feet of water. It was coming out of the water from it being so shallow, almost beaching itself. It was amazing.”