But, hey, it has a bocce court 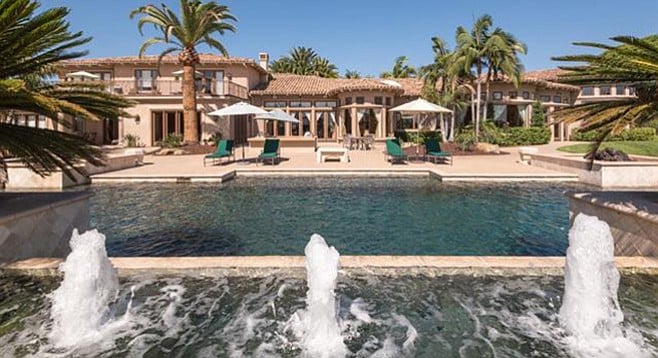 “Set behind gates on a long and private drive in Rancho Del Lago, one of Rancho Santa Fe’s most coveted addresses,” boasts listing literature, one will find the 5.2-acre estate at 6682 Las Arboledas.

The home’s 14,503 square feet of living space comprises “six luxurious bedroom suites with a private and sumptuous master suite with his and her custom-fitted private baths and well-appointed dressing rooms along with commanding views.” 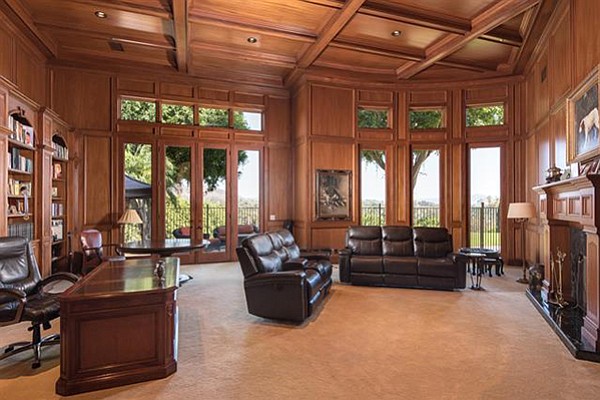 Interior features include “floor to ceiling windows and doors that allow sunlight to bathe most rooms,” vaulted ceilings with exposed woodwork and extensive use of custom arched passageways, four fireplaces, and ceiling-height glass dual-entry doors. 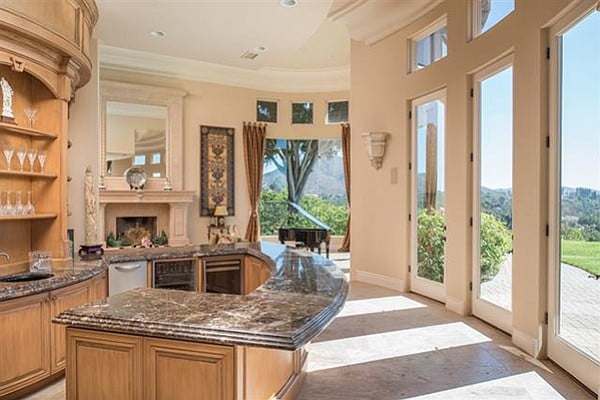 “Outdoors, one can enjoy the sun-splashed pool and spa, a covered outdoor cabana with fireplace, bath, outdoor shower and service bar” that’s located between the resort-style pool and tennis court. There are also outdoor kitchen facilities to “make year-round entertaining effortless.”

Rounding out the “spectacular and grand and so very luxurious” amenities are two “guest casitas and garage space for eight cars.”

Public records indicate the owner of the Las Arboledas estate is Edward Wald, a construction industry executive who purchased the property in early 2015 for $6.7 million from Jeffrey and Stacey Feinberg. Mr. Feinberg is a lawyer and founder of JLF Asset Management, a hedge fund that was dissolved after 2009 allegations from the U.S. Securities and Exchange Commission that some of the fund’s representatives “ran a complex bribery scheme that saw them receive at least $312,000 in personal services in exchange for directing trades to broker-dealers that provided the payments.” 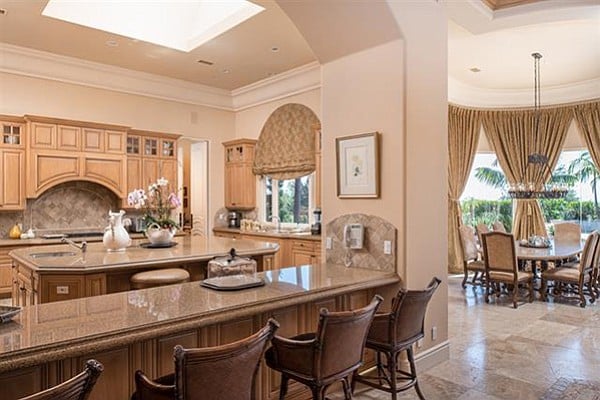 The estate’s current assessed value of $6.8 million, down from $8 million under the Feinbergs’ ownership, carries an annual tax bill of $86,679. 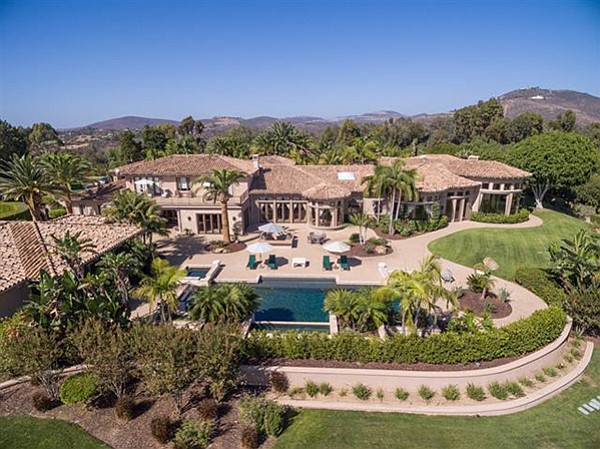 Aerial from the rear

After less than 19 months off the market, and with no apparent recent improvements having been made per the home’s marketing materials, the Las Arboledas property was re-listed in early October with a new price tag of $8,750,000, which remains unchanged to date.

Home prices have been on the upswing, and the new asking price may actually be in line with comparable properties (if there are really "comps" for these palatial residences.) Does anyone have an idea of what the monthly mortgage payment is for a place like that, with 10% down? Can anyone even get a mortgage for that much? It sure must be nice to be able to afford to live in such a home, especially when the cost of keeping it clean, in good repair, and the landscaping watered have to be factored in. Sheesh.