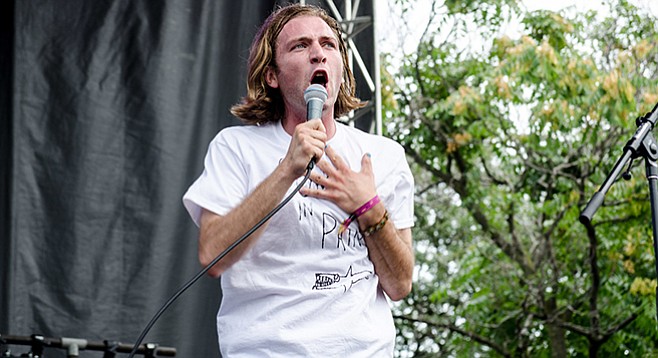 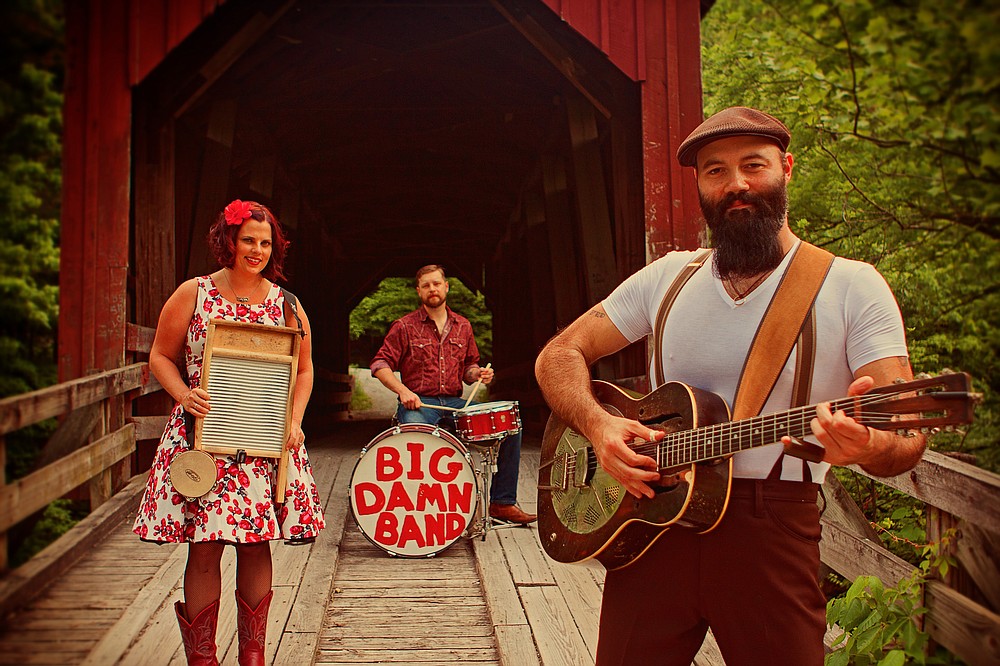 Thursday 27
Get your recommended daily allowance of country-fried jams and greazy beats when the Distinguished Delinquents tour graces the Casbah stage Thursday night. The Delinquents be the roots-rocking country-blues trio from Nashville, Indiana, Reverend Peyton’s not so big Big Damn Band; Eddie Spaghetti’s self-proclaimed “greatest rock band in the world,” the Supersuckers; and that honky-tonkin’ product of Austin Jesse Dayton.... Around town Thursday night: heavy psych Bay Area band Mondo Drag sets up at Soda Bar with likeminded locals Ocelot and Monarch...the Secretly Canadian Seattleite Damien Jurado takes his latest indie-folkie offering, Visions of Us on the Land, to the all-ages stage at the Irenic...while all the way from Portland in Maine, hardcore crossovers Cruel Hand plays the Ché Café after Steeltown metal heads Eternal Sleep. 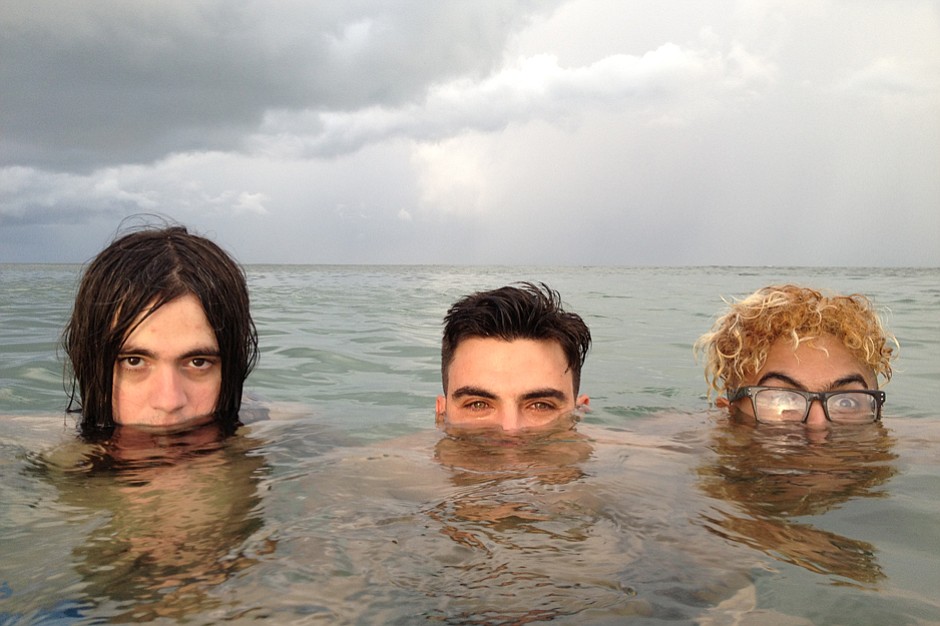 From Miami, summery punks the Jacuzzi Boys set up at Soda Bar on Friday!

Friday 28
Miami’s summer-fun punks the Jacuzzi Boys take the Soda stage Friday night after Feels (L.A.) and Mint Field (TJ). In the 2000s garage-rock glut, the Jacuzzi Boys added some East Coast salt to the Smith Westerns Midwest squall and Ty Segal’s West Coast psychedelics. Also, they had the Iggy Pop seal of approval for being one of the best live acts on the road. Like all good bands, the Boys forayed out of the garage and dabbled in electronic rock and space jams but returned to base camp Miami to give us this year’s endless-summer, overloud ripper Happy Damage. Go get the title track in yer earholes and we’ll see you stagefront Friday night.... Unless you’re going to one of the Big Rock Shows, and we count three, as fuzz-rock SanFran band Black Rebel Motorcycle Club pulls into House of Blues after Canadian dance-punk duo Death From Above 1979 and L.A. blues-punk ladies Deap Vally for what reads on paper like one tasty triple-decker...matchcore Jersey boys Dillinger Escape Plan have announced they are going out with a bang with this year’s very well received Dissociation record. Dillinger Escape Plan stacks ’em at Brick Brick after O’Brother, Cult Leader, and Entheos. Last chance, Escape Plan fan...and the L.A.-based garage-punk four-piece FIDLAR takes the stage at Observatory North Park in support of their second record, Too, which finds the skate-rats putting away their hard-partying ways and considering adulthood. And their thrash does tend to pop now. Reader writer Dryw Keltz had a chat with singer/guitarist — and former La Jollan — Zac Carper for this week’s Blurt, “Life’s a risk, dog.” 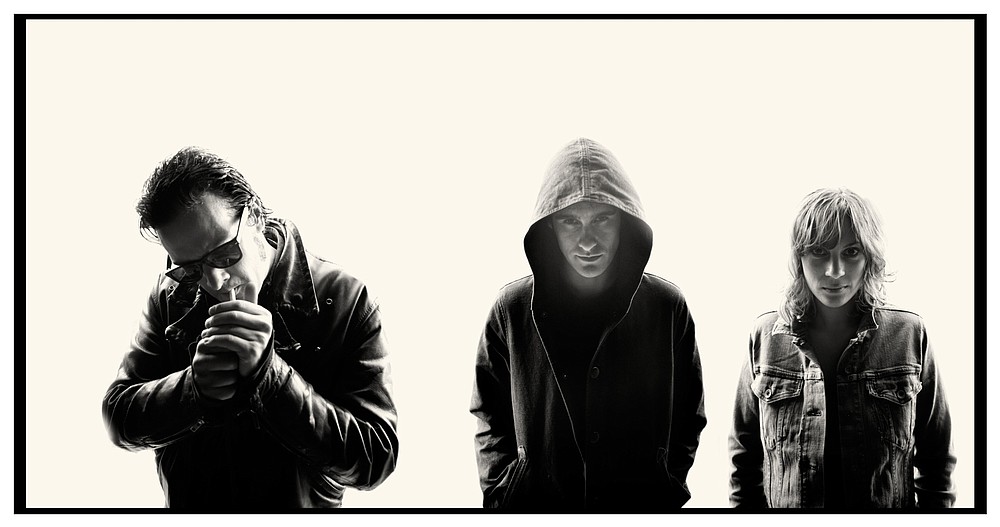 Saturday 29
Odd-pop enigma Jimmy Whispers headlines sets at Til-Two after Slowdraw the Hungry Eskimo and Native Fauna. Who is Jimmy Whispers? Hell if he knows. The Chicagoan specializes in a visceral bed-sit pop that warbles like melty K-Tel. Hit the interwebs for a whiff of his Summer in Pain and measure your head before ordering. I, for one, can’t stop peeling this onion and can’t wait to watch him onstage.... Former Black Crowes guitarist Marc Ford brings this year’s Vulture to Ramona Mainstage on Saturday, and the Reader’s Dave Good couldn’t be more jazzed — one of his favorite “gut-level Americana” players from one of his favorite bands “making some of the best music of his career.” Dave breaks it down for you in this week’s Of Note, so flip or click there if you’re down for the drive.... Best of the rest Saturday night finds Detroit punk-rock perennials Suicide Machines (ca. 1991) plugging in at the Irenic after Left Alone and Bombpops...from France, electronic band M83’s on Soma’s main stage in support of this year’s Junk...L.A. rock-roll duo PAPA plays the Hideout...while right up the street, Soda Bar sets up MCs Sweater Beats and Different Sleep.