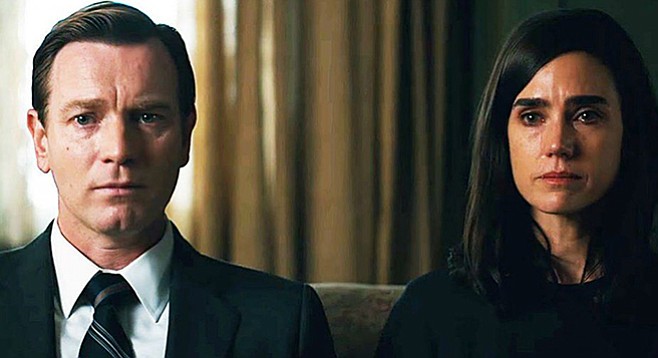 Matthew Lickona: When Dawn is in the depths of her sadness and misery, she tells the Swede that she should have married one of the nice Holy Cross boys she knew when she was young. Why do you think she stepped outside that Catholic world to marry someone outside the tribe?

Jennifer Connelly: I never thought it was a political statement. I thought that the Swede just embodied everything that was great and good. He broke down all boundaries, so that [the relationship] was beyond categories. He was the symbol of promise and goodness and everything that was healthy and energetic, this All-American larger-than-life figure. They were just in love, and I believe that they had a really powerful relationship for many years.

ML: At one point, the therapist suggests that Merry’s stutter may be a way of avoiding direct competition with her beauty-queen mother for her father’s particular love. What do you think Dawn made of that claim?

JC: I think a lot about the character: what happens in the times in between what we see, what happened to her as a kid growing up. Just to try to have a clear understanding of her as a person. One of the things I found really interesting was the conversation about judgment; the reductive positions we take about one another. When we first see Dawn, she’s a contestant in a beauty pageant. I think it’s an identity and description that follows her around and haunts her, and she struggles to have an understanding of her own value that is distinct from that. I think she absolutely rejects that analysis of the family dynamic when it’s described to her, but it’s projected back on her so often that she doubts herself.

ML: That brings me to the speech she gives the Swede after her breakdown, when she says that all she ever wanted to do was teach music. It’s as if she views her beauty as a curse, because it brought the Swede’s attention. Do you think she always felt that way? 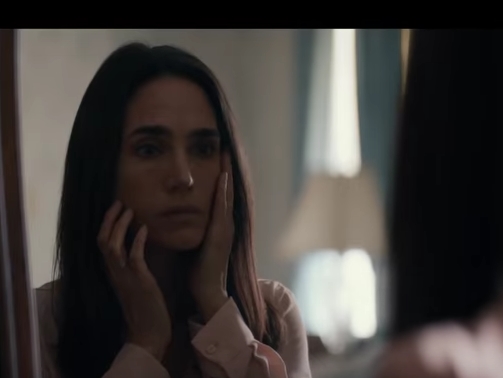 JC: I think she’s conflicted. Some of it is true, but not all of it is entirely reliable by that point. I think she’s rewriting their narrative. I think she found value and purpose in her family and her relationship with her daughter. When her daughter rejects her and then disappears, it’s excruciating. It completely dismantles her. Ultimately, it proves unbearable, and I think she kind of tears down whatever is still left standing.

ML: This is longtime actor Ewan McGregor’s debut film as a director. What was that like?

JC: He seemed very confident, and he made very confident choices. But he was also interested in having a collaborative experience with his cast and crew. I think one of the most meaningful ways he encouraged that was in the rehearsals we had every morning. Before we started shooting a scene, we would have completely private rehearsals. For those scenes in the institutions, we literally walked into a room and closed the door, and it would be just the two of us. It was practical stuff: how scenes would be staged, how the blocking would be done. Am I sitting, or am I pacing the room — all those choices. It was nice; on the other end of the spectrum, sometimes as an actor, you come to the set and the director doesn’t want to see you until it’s time to shoot, and there are tape marks on the floor where they want you to stand. They’ve made those decisions for you. [McGregor] was letting the actors show him what they were thinking, then working on it together to make a shape before he decided how to cover the scene. You feel like you have a little more breathing room, you’re a little less inhibited about trying things that you think may not work. You open things up before you have to narrow them down and make choices. 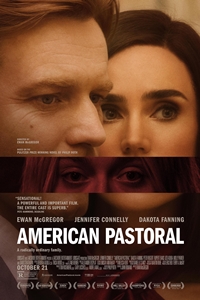 ML: I’m thinking of one scene, after your daughter has disappeared, where you’re standing alone in the center of the living room, and the light is kind of glowing off of you, and your posture makes it look like you really are about to break into a million pieces...

JC: We didn’t have a big rehearsal for that. It wasn’t indicated in the script. But it was a feeling that I had that she would be almost not wanting to move, not wanting to disturb anything. I thought that position in the room kind of indicated her state. I remember saying, “I’d really like her to be totally lost within her own space, within her own environment. Like she’s just suspended.”