“We’re cutting down on transparency.” 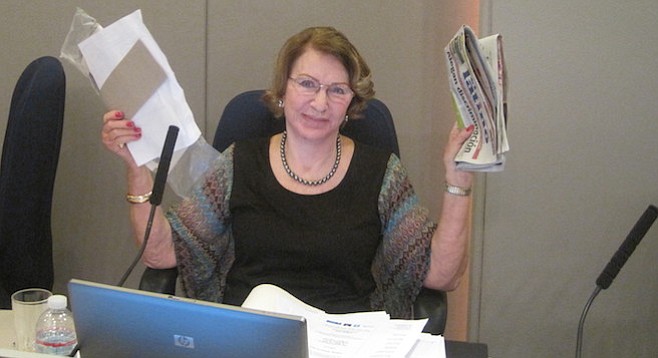 The La Mesa City Council on October 11 voted 3-1 to rescind the 2002 policy allowing one councilmember to place an item on the agenda. Instead, the signatures of two councilmembers will be needed to docket a council-initiated item. 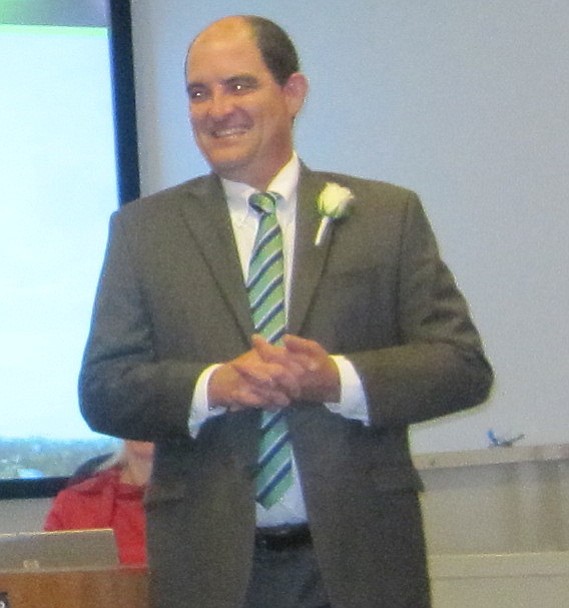 Baber said the proposal “has four things to increase efficiency:” The item has to be written, “you have to get one other councilmember to sign off on it,” and two elements concern scheduling.

Alessio called the proposal “a good test case.... It wasn’t something I was inherently convinced to do. And [Baber] had to convince me. It fosters cooperation so that people can’t use items to draw attention to themselves in election years” or “attention to the press for any causes they may like.”

Sterling countered, “We’re cutting down on transparency” with the proposal. She called her colleagues’ action “garage tinkering.” Each councilmember is “elected by the people…. To say that’s not valid [by requiring two signatures], I think that’s a shame.” 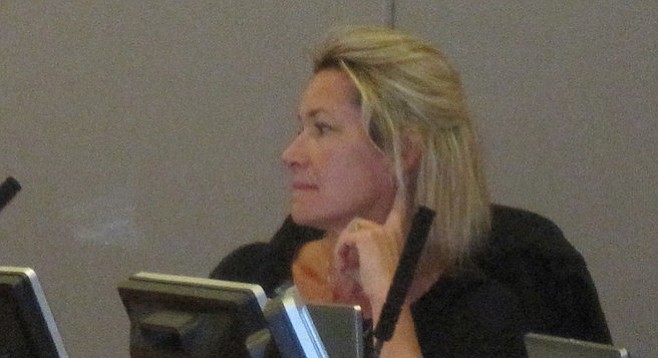 Alessio (elected in 2012), Sterling (elected in 1992), and environmental lawyer Colin Parent are vying for the two council seats on the November 8 ballot. If elected, Parent would be the only Democrat on the council.

At the meeting, Alessio used a hypothetical situation when she asked city attorney Glenn Sabine if involving more than two councilmembers violated the Brown Act. She said, “If I go to Bill” and he won’t “sponsor” an item, “so I go to [mayor] Mark [Arapostathis], and say, ‘Hey, I want to do this,’ are we in any trouble?”

Sabine spoke about “gray areas” in the law. He said the purpose of the policy is to put “a subject on the agenda for discussion.” When “discussion ensues about what the agenda item is,” there is no issue when two councilmembers are involved. When “three councilmembers are involved, Sabine said an “argument could be made” that a council majority discussed city business. However, the argument on the other side could be made that the discussion was only for the “purpose of formulating an agenda item.” 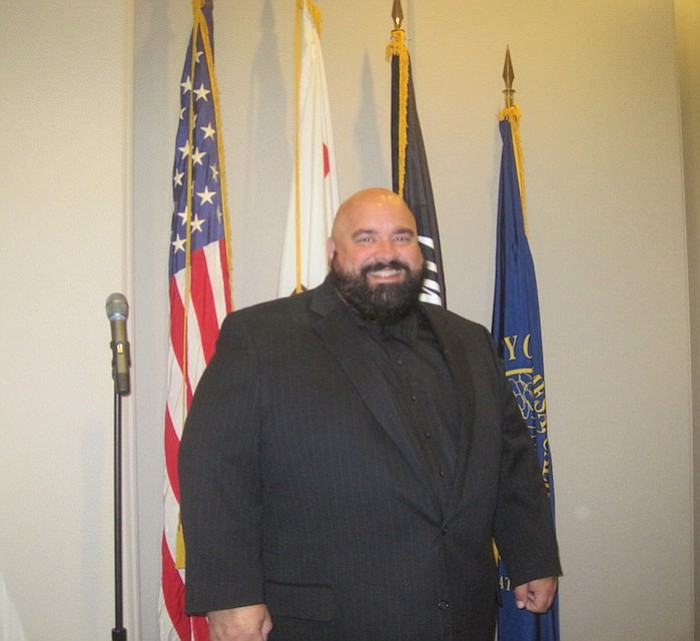 Arapostathis said the two councilmembers could meet with the city attorney. Alessio suggested bringing up proposed items at council meetings. Baber objected, saying said that he wanted items in writing instead of “oral requests”; doing that “creates too much confusion,” he said.

The council later voted to implement the policy until December 31, 2018, and then evaluate it.

Prior to the vote, Arapostathis said he’s been on the council for ten years, and “Things are running smoothly. We don’t always agree, but we are civil to each other. Things could change in the next 20 years, 30 years.” He “witnessed up to ten council-agendized items” and wanted “another screening level,” so someone isn’t “randomly using the council and the city to push their own personal agenda.”

The mayor later spoke about wanting “a level of control” and “responsibility, instead of people being a gunslinger.”

Sterling responded, “I don’t see anyone violating that or overdoing it, except for this.”

Arapostathis, Alessio, and Sterling have individually docketed items. According to council minutes for August 13, 2013, Arapostathis’s item related to including naming rights for a teen center in the Boys and Girls Club Foundation funding plan. The council unanimously voted for city staff to negotiate with the club. 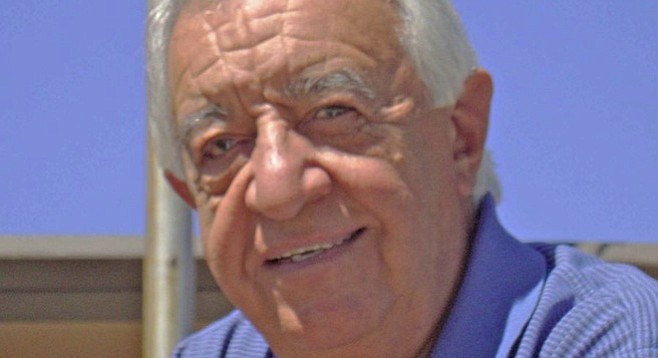 On October 8, 2013, Alessio proposed placing a term-limit measure on the November 2014 ballot. She introduced Baber and said he was a lawyer helping her draft the ordinance. Also on the agenda were mayor Art Madrid’s request to attend a Sacramento workshop and councilman Ernie Ewin’s proposal to consider a zoning change to allow backyard chickens.

Action on Alessio’s proposal was postponed. The council voted unanimously to initiate the zoning change and voted 3-2 to reject Madrid’s travel request. On March 25, 2014, the council voted 4-1 to allow domestic fowl.

On August 13, 2014, the council unanimously approved Sterling’s proposal for Sabine to investigate and report back on legal options to regulate the unsolicited distribution of advertising materials. Her memo in the agenda said several citizens "expressed concerns" about the distribution of circulars, pamphlets, flyers, and door hangers.

On November 4, 2014, voters approved term limits and elected Arapostathis mayor. Neither he nor Ewin ran for reelection and Baber and McWhirter were elected to the council. Madrid served on the council from 1981–1990 and as mayor from 1990–2014. He is on the 2016 ballot as a candidate for the Grossmont Healthcare District board. 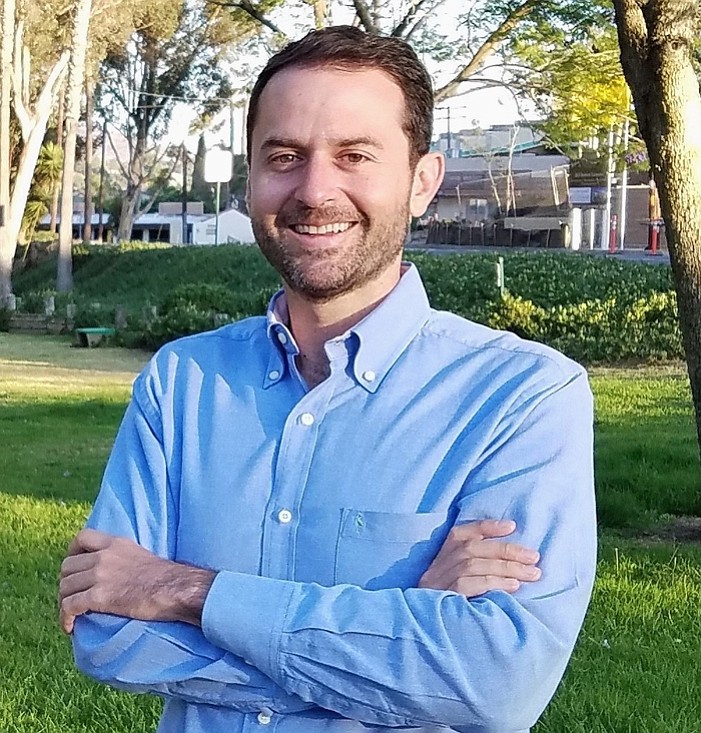 The Reader contacted 2016 council candidate Parent on October 13 about the policy change. He asked for emailed questions and replied the next day with background information that included the statement, “La Mesa hasn’t had an elected Democrat since the 1990s. It’s time to bring some ideological diversity to our city government.”

After a second request for comment, Parent replied, “My campaign has been very focused on addressing the rising crime rates in La Mesa. If La Mesa voters elect me to the council, I am confident I can persuade my colleagues to provide more support for our public-safety personnel.”

Sterling spoke in an October 14 interview about potential financial risk to the city “if the gray area is challenged.” She added, “The people's right to be heard has now been placed in question, depending on that second signature. The lack of vision and common sense is inexcusable.”

The La Mesa council will vote on adoption of the resolution on October 25, city clerk Mary Kennedy said on October 13.

See comments section below for scheduling policies in San Diego and El Cajon.

Other City Policies: San Carlos is in San Diego’s District 7, which is represented by councilman Scott Sherman. His communications director, Jeff Powell, emailed information on October 13 about San Diego’s docketing policy. Rule 7.1 in Article 2 of the Administrative Code states, “Any member of the council or a council committee may initiate a request for request for council action for matters within the jurisdiction of the council.” Requests are placed on the adoption agenda “unless referred to committee by the council president.” The rule also describes actions that the president could take such as referring a request to the Committee on Rules.

Sherman’s 2016 “council-initiated matters” included the Urban Agriculture Incentive Zone that the council unanimously approved on February 29. Sherman’s office listed his name and that of County Board of Supervisors chairman Ron Roberts on the news release for the program “to help expand community access to fresh produce through a property tax incentive for urban agriculture on vacant, blighted land.” Roberts and vice chair Dianne Jacob “brought the urban agriculture zone issue to the board for consideration,” on November 18, 2015, according to the County News Center.

In El Cajon, any councilmember “can put something on the agenda for discussion, but not [a] decision,” city spokeswoman Monica Zech said in an October 16 email. The councilmember “only can request that the discussion item be brought back on a future agenda for an actual decision” if a council majority “votes to do so.” 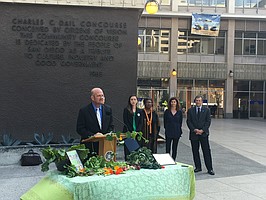 Questions don't get much more simple: "Do you support changing the policy from only one council member needed to docket an item to two required?" Which begs, what question did Colin Parent think he was answering? He had time to reply by email twice, and whiffed it both times.

Has he been working as an operative for developers (allegedly) for so long that, if he doesn't have a jargony euphemism to cover a hidden objective, his brain spits up a 404 error?